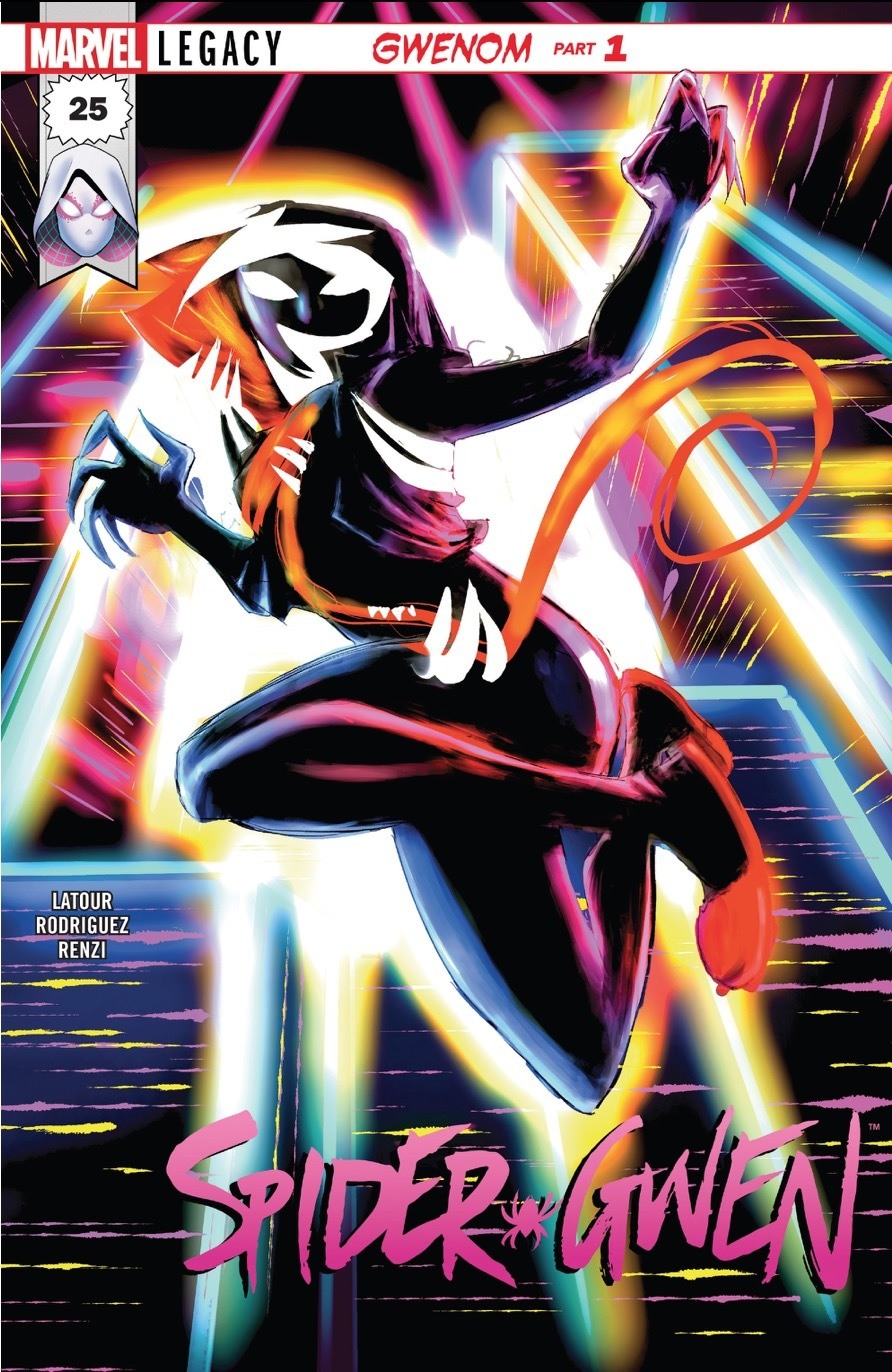 At long await, Gwenom is here in earnest and seeking revenge for her father who was hospitalized by the Rhino. Still, Rhino was only the puppet who was sent to ensure Captain Stacy’s silence – Matt Murdock is the puppet master. Part of the issue is not only Gwen openly coming to terms with how she feels after merging with the symbiote, but also who she should make pay, and what order they should rank on her list. This issue does a lot, unfortunately in the bad way: we toggle through so many scenes that the story becomes convoluted and difficult to follow as so many scenarios and characters are jammed inside. This issue could have easily been split into two or three, allowing for a smoother, more developed story beats.

The artwork this issue suffers similarly – it can be hard to follow sequential art when the settings and characters switch from here to there, flashbacks to present, rapid and often. A few awesome and aptly dark depictions of Gwenom draw readers’ attention though; can’t go wrong with a Spider-person on midnight rooftops, or dark fury juxtaposed against this series’ neon color palate, full of excitement or redolent of strong emotion. This issue brings both. 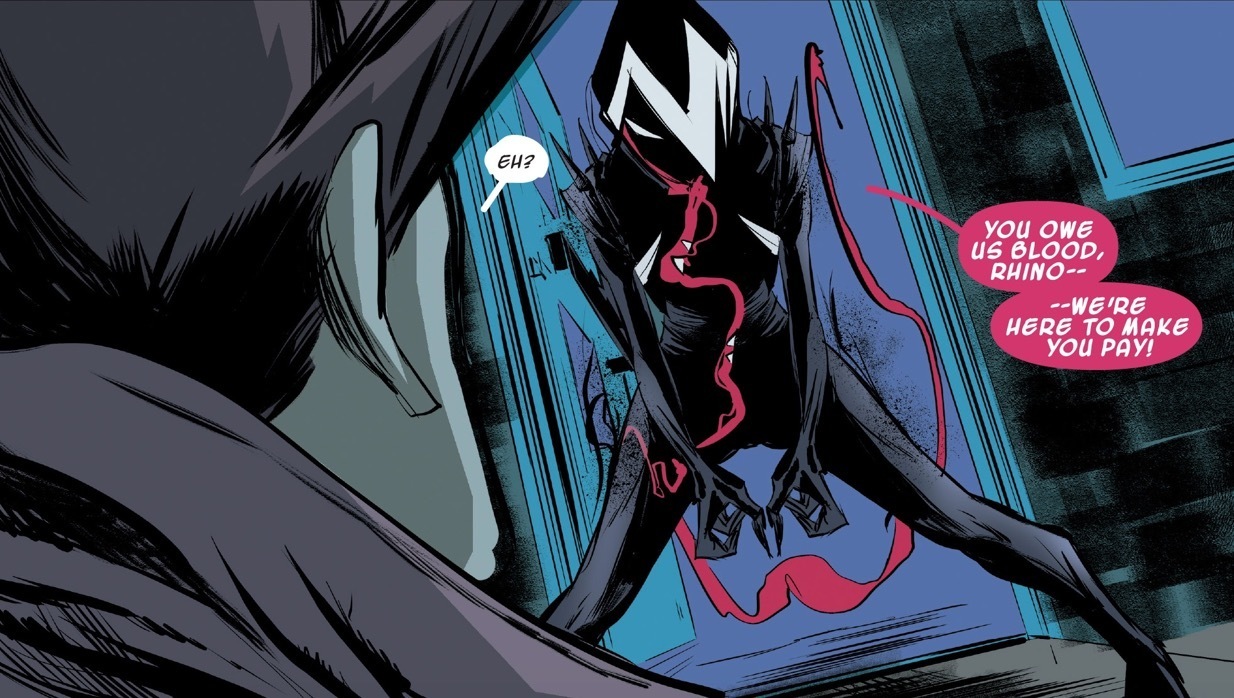 Overall, a dizzying start to the Gwenom saga will hopefully settle down into something clearer soon. A lot of pieces are on the board, and while that’s great overall, you can look forward to the series better guiding where to direct your attention. There’s a lot long list of conflicts to place in an order, from the Mary Janes to the Punisher to Matt Murdock to the city’s overall reception of Spider-Woman as a hero or villain. Not to mention Gwen’s emotional arc as she struggles with herself inside the symbiote. I hope this arc can catch its footing soon, because the stakes are all there – Spider-Gwen only needs to stick the landing.