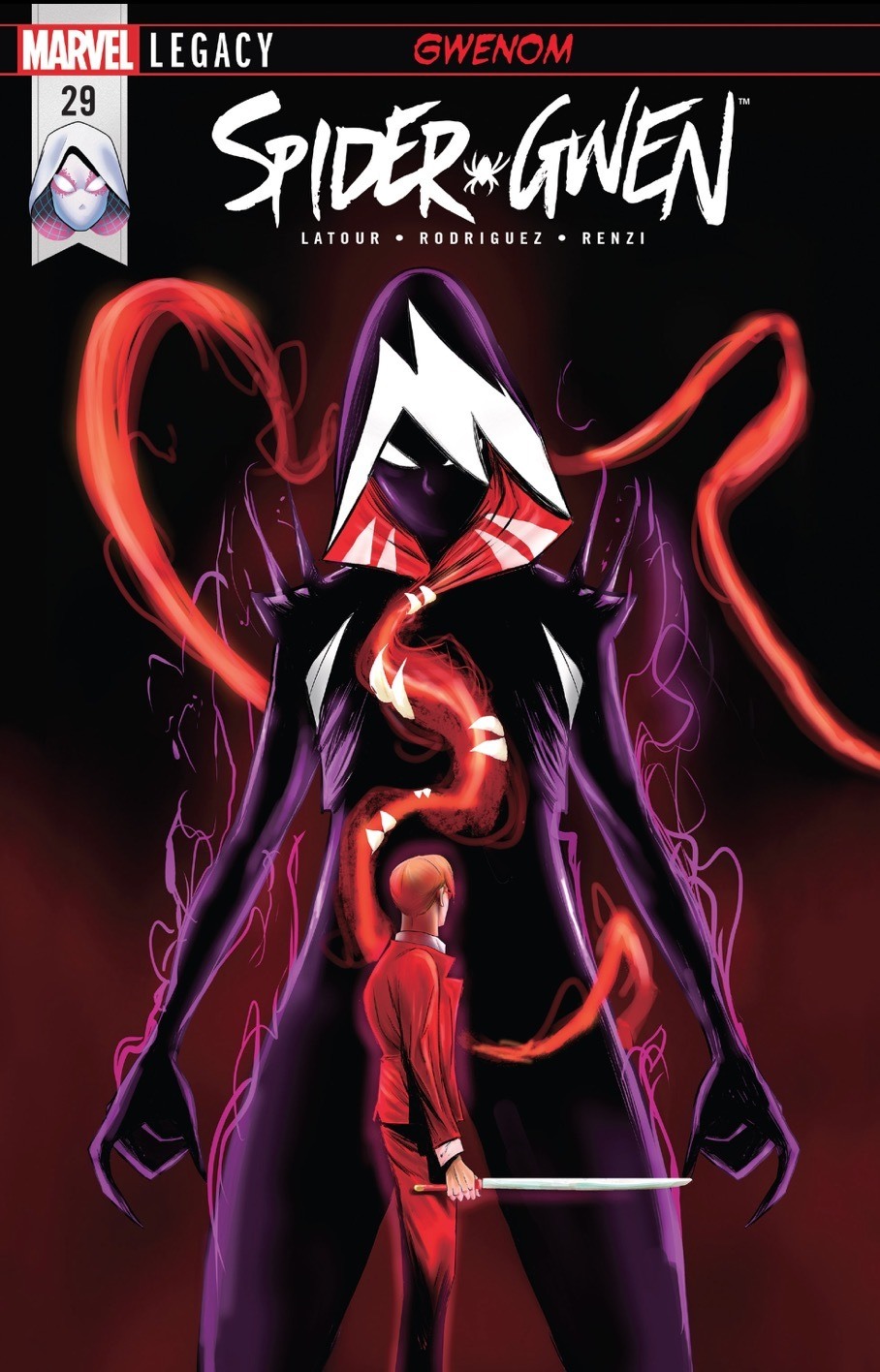 The simmering pot finally comes to a boil in Spider-Gwen as Matt Murdock, Frank Castle, Captain America, and Gwenom are in the same room together. While the Punisher and Captain America add a bit of action and betrayal meant to sweeten the plot, they’re more extraneous characters to the conflict that would be more intense if the scene were limited to Daredevil and Spider-Gwen, the two who matter. Still, Earth-65’s Captain America in particular is a lovable addition even if she was seemingly thrown into the mix at the last minute (and her beating the brakes off Earth-65 Frank Castle is always welcome), and we still have our scene of Daredevil versus Gwenom.

There are two sides how this book lets this scene play out for good and bad. On the plus side, the emotional heft finally pays off in the fleeting moment Matt Murdock faces death and finally feels less alone. That in itself is a beautiful culmination of the backstory we were unexpectedly given, as Daredevil sought out Spider-Gwen to find someone else who could, like him, be powerful and ruthless. Gwen gave him meaning, like how the Joker needs Batman, and seeing such a powerful man with a bloodied nose feel a connection as he accepts death? It’s rewarding. On the down side, the long-awaited confrontation could have been a lot longer, and passes all too quickly. Between the Watchers, Punisher, and Captain America, the characters read like filler at the most unnecessary time, adding less useful fluff that take away from the cohesion of the story and steal panel space from the conflict you want to see most. 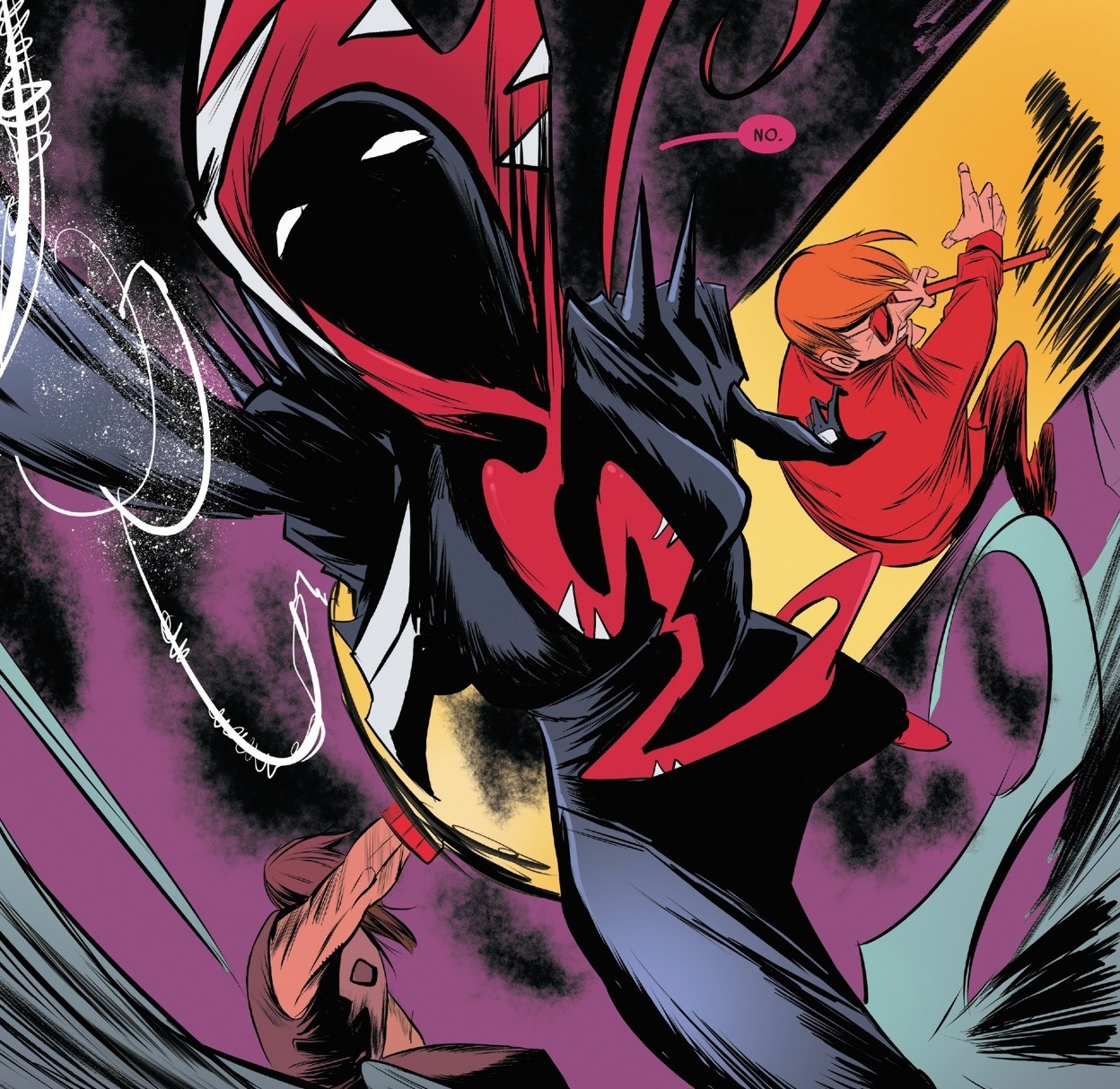 Captain America’s cameo serves the story better than the others, as her fight with Gwen reflects how far gone Gwen has fallen to the symbiote. It offers the moment of trust versus betrayal, where Gwen is close to being talked down by a compelling voice of light before choosing to embrace the darkness. There’s emotional heft there, but less when compared with the real moment of the hour with Gwen holding Murdock over a cliff by his neck. This is less the time for comic relief and cameos, more the time for dedicated payoff that’s long enough to compliment the length of time it took building to it.

Overall though, Spider-Gwen #29 ultimately gives us what we wanted, and the moments it nails, it nails well. We’re still along for the ride and where this issue takes Gwen next.