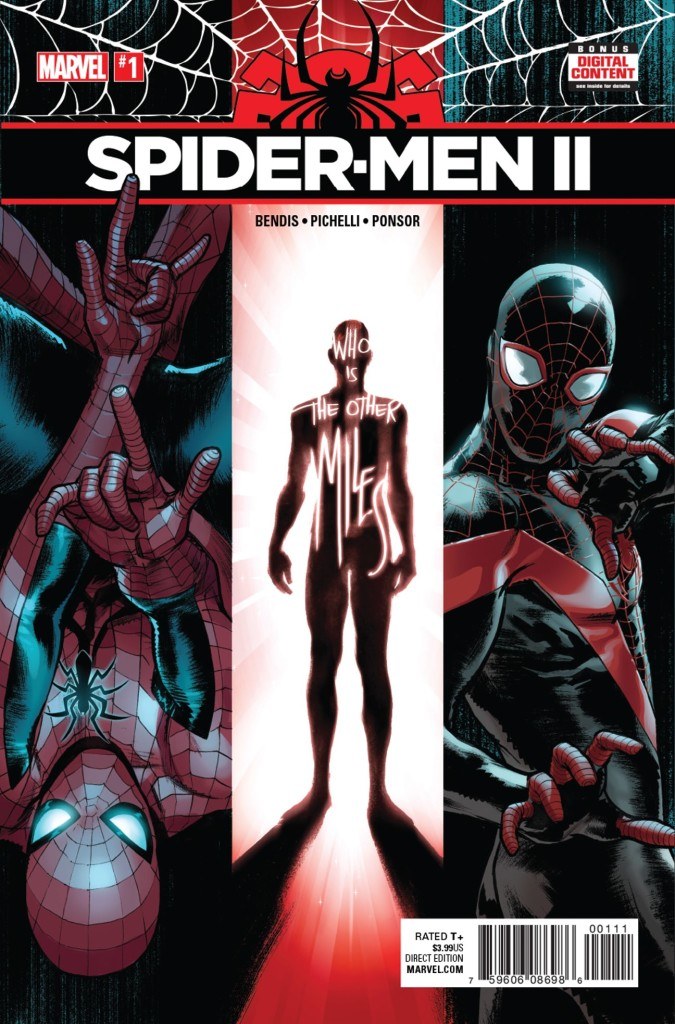 Let me just start this by stating a fact. Brian Michael Bendis writes the funniest bars for Spider-Man, Peter Parker. That’s just facts right there. We gotta respect that off the strength alone. I’m talking top 3 writers for witty Spider-Man dead or alive. When he has Parker going extra wordy for the joke, reacting genuinely surprised, or joking around while knowing when he is fucked in a dire situation, that’s peak Spider-Man. Vintage. We gotta respect that. That being said, can I get a count on the number of times we’ve had an unmasked Miles Morales in a Bendis issue? What are we up to now? Parker is catching up that quota too. I feel like it’s a quota now. How Miles hasn’t been doxxed on the 616 Reddit yet or all over TMZ is beyond me, but I’m getting ahead of myself. 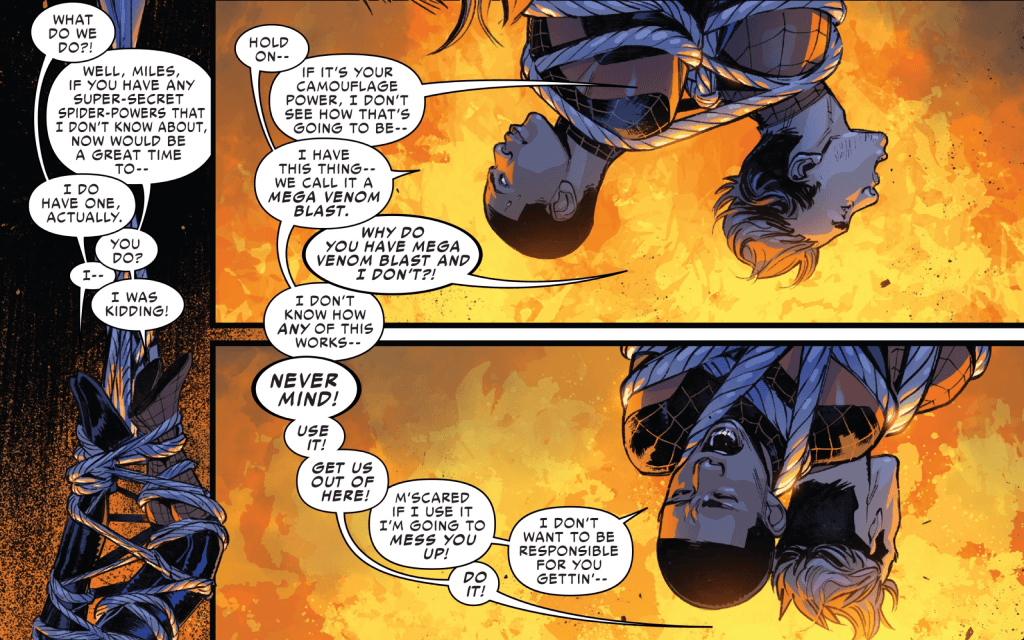 We meet Peter and Miles in a very high risk, do or die, situation that doesn’t turn out for the best and leaves Peter kicking himself for having allowed Miles to become Spider-Man. Keep in mind, Peter knows something about Miles from the 616 (after a Google search) that he feels should have been enough to stop Ultimate Universe Miles (now in our world as a permanent resident) from being Spider-Man. We then flashback to a week earlier, when Miles notices how attractive a classmate has gotten (that he hadn’t noticed before), one Barbara Rodriguez. Ganke is doing Miles a solid by getting a conversation going between the two and Barbara is quick to let Miles know his worry of everyone gossiping about his recurring disappearances from class and sneaking out at night has not gone undetected. We’re informed of a bunch of theories floating around about him in the school before a large metallic piece of machinery falls from the sky and interrupts the school day.

Meanwhile, Peter Parker is roasting The Armadillo with inner monologue. Parker is so mad this dude called himself The Armadillo that he’s not even giving this dude the dignity of being acknowledged through banter. I was damn near screaming reading that shit. Parker catches wind of a beam similar to the one that transported him to Miles’ universe. Further investigation of this beam has him bump into Miles. They’re both back at the scene, which leads to them encountering one another when a major (in my opinion) villain steps out and is ready to rock their whole shit. The fact that Spider-Man gives this villain, who may be obscure, a lot of clout and respect (because he knows what homie’s hand-to-hand game does) is highly telling. He’s afraid they’re bout to catch a beat down.

Sara Pichelli continues to be the godsend of the Spider-Universe when it comes to artwork. She draws a very distinct Peter Parker that really separates his look from every other white male unmasked hero in Marvel. Pichelli’s Miles also looks like a straight-up young adult which I appreciate. She has a great sense for middle ground with Miles in terms of his body type for his age. Plus, the way she draws them both using their spider powers differently and similarly in the way they sneak around, jump, land, and fight are details I love in her art.

You should mos def get this book, if not to see Miles floundering over a new love interest then to witness Peter Parker at his most Peter Parker. I’ve really never laughed so hard at Parker’s dialogue before and it was dialed up perfectly in this issue. That Armadillo roast is fucking legendary y’all, I promise. We’ve been waiting a loooooong time for this sequel and the first issue brings us back to what we love about these two vastly different characters in Miles and Peter interacting with one another.