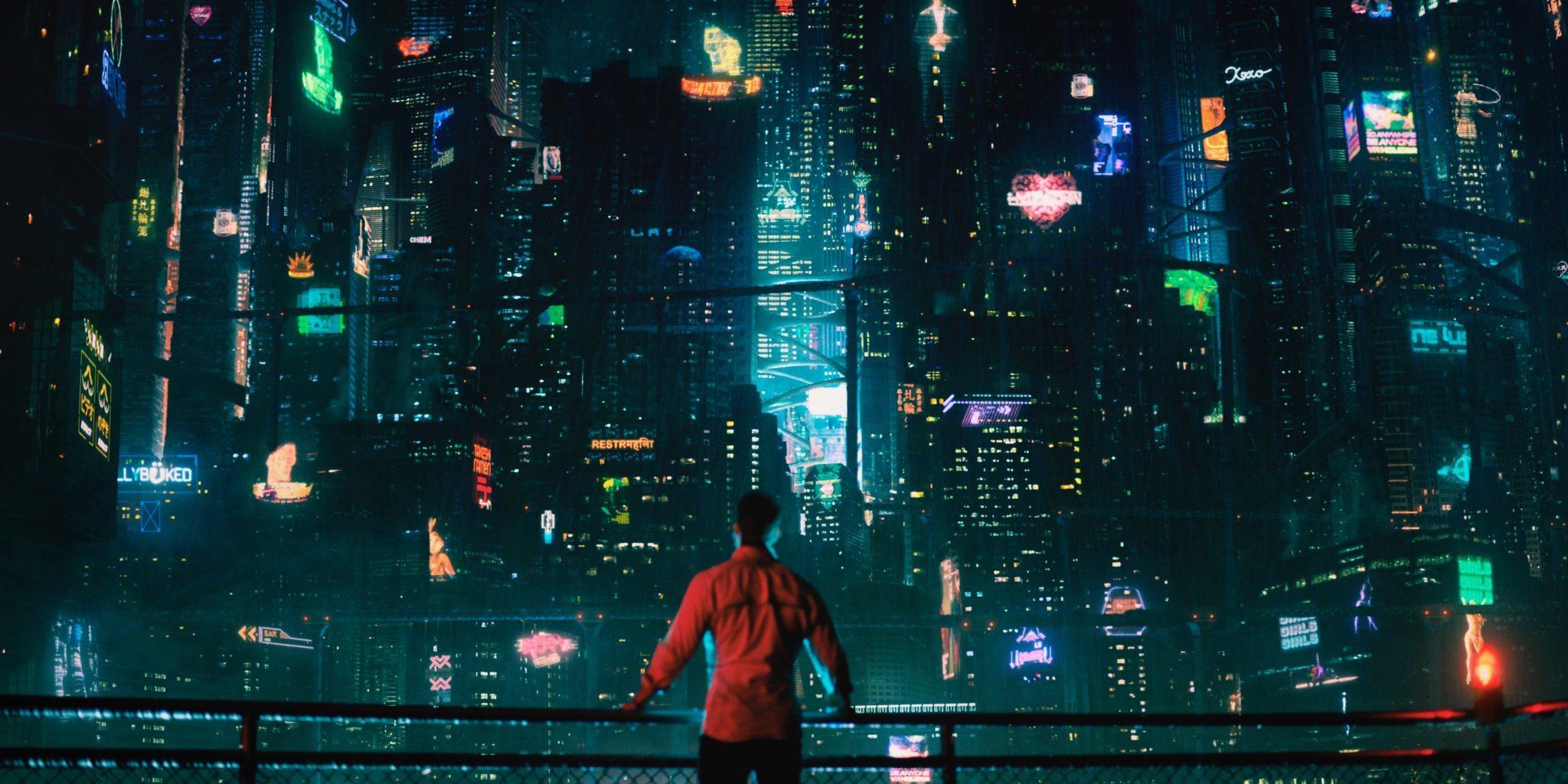 Netflix has been heavily investing in its original content for years now, but the media giant hasn’t given its audience a big budget science fiction offering until now.

Altered Carbon is based on the novel of the same name by Richard Morgan, published in 2002. A cross between cyberpunk elements straight out of Ghost in the Shell and traditional pulp detective fiction, the world of Altered Carbon is awash in sex, drugs and violence, set hundreds of years in the future. Humans have trekked out amongst the stars, setting up colonies on dozens of worlds. Simultaneously, humans have discovered the key to immortality—a device called a “stack” is installed into the spinal column and records all of the host’s thoughts and memories. Upon death, as long as the stack is not destroyed, it can be inserted into a new body, known as a “sleeve”.

The protagonist, Takeshi Kovacs (played with steely anguish by Joel Kinnaman) is an “envoy”, a special soldier trained and enhanced to make the most of the advantages of a downloadable consciousness. He can immerse himself almost instantly into any situation, learning the culture, language, strengths and weaknesses of the people around him. This is a useful skill set, as in his past life his consciousness was teleported from sleeve to sleeve across the galaxy to fight.

When the viewer meets Kovacs though, he is reintegrating into a new sleeve in Riker’s prison on Earth. He is paroled after a wealthy and powerful man named Laurens Bancroft (an appropriately pompous James Purefoy) hires Kovacs to find the person who tried to murder him. This was no ordinary murder, however. The culprit attempted to truly kill Bancroft by destroying his stack, but Bancroft’s wealth ensured that a copy of his consciousness survived. He needs Kovacs, now the last envoy left after spending 250 years in prison, to use his special skills to find the attempted murderer.

The case plunges Kovacs into a dark world of intrigue and suspense, the likes you would expect from a cyberwhodunit where death is oftentimes merely an inconvenience, yet still a very real threat under the right circumstances. Altered Carbon does offer a few twists on the pulp detective genre, primarily in the incredibly complicated and layered world the story takes place in. Issues of wealth and class are always present, as even the promise of eternal life yields under the pressure of money and influence. The commentary never becomes anything more than window dressing for the winding plot and brutal fight scenes, but it does offer some intriguing glimpses into what a world where death is only a possibility instead of a certainty might look like, and how money still rules over all of it.

Altered Carbon demands your attention to keep up with its breakneck pace and plot machinations. This is not a show to watch in front of the kids, or with your grabby partner who just wants some noise in the background so that they can Netflix and Chill™. Come February 2, you’ll want to silence your phone and set aside a few hours to watch and rewatch each episode to truly grasp what’s happening. As Kovacs so often says, it’s all about the details.