There’s something so satisfying about a good gameplay loop that almost nothing else matters. It’s a trait that is almost required of traditional turned based RPGs and rogue-lites. When you put the two together then it’s essential that you nail that loop down, because it’s just about the only thing your player will be doing for 75 percent of the game.

Star Renegades, the new game from developer Massive Damage and publisher Raw Fury, not only masters that loop but makes it feel like almost everything else in the game is inconsequential. That’s not a bad thing. Sure, there are some flaws but this tactical rouge-lite RPG’s gameplay is so addictive and fun that it blinds you to whatever shortcomings it may have.

It sucks that for this review we have to start with the game’s shortcomings. The narrative in Star Renegades is more like a premise than a story. Players are pit against the Imperium, an alien force bent on controlling the galaxy. You start the game as Wynn Syphex and her brother Davion, who are both caught in the middle of a battle with the Imperium. You go through the usual tutorial motions … and then death. Death happens a lot in this game.

Star Renegades is less about the characters and more about the situation. You see, the Imperium aren’t just invading the galaxy but every universe. Somewhere else, in some other universe, is a robot named JST-IN. Created by Prof. Zurek, JST-IN escapes his soon to be conquered reality to warn another and gather a team to stop the upcoming invasion. That’s how the game goes. You attempt to make it across three invaded worlds and to the Imperium mothership. If your team fails, JST-IN moves onto another reality with more information on the Imperium to try again. The most you’ll get from the story is at the beginning.

The rest of the narrative is pushed to the background in favor of its core gameplay, which sucks because Star Renegades has such an interesting premise. Its playable characters are also very unique from one another. However, getting to know them is left to small character interactions, which can feature some funny and interesting dialogue but ultimately isn’t anything too memorable. The same goes for the enemies, as well as little tidbits of information on locals and landmarks. As you die over and over again (the game is no breeze but more on that later) the dialogue just repeats itself, making going through the same worlds over again less interesting each time.

Thankfully, the atmosphere and presentation carry the game’s premise. Star Renegades is a world you want to be in and how you make a pixel art game feel modern. Visually pleasing is one way to describe it. Another is beautiful, vibrant, and the decidedly old-school meets new. The pixel art in this game compliments its strong use of colors and strange alien environments. As you explore each world through an isometric view, the maps are filled with interesting set-pieces and enemies scattered throughout. Once you enter battle, you get a closer look at environments, your characters, and enemies. Everything is layered nicely, which adds an added effect to the game’s pixelated graphics, especially when it uses HD effects like water. All of this is accompanied by heavy synth sounds, drums, and the kind of eerie whaling noises you would expect from the best 80s sci-fi action flick.

I’m a bit hard on the narrative but it’s okay because, in the end, the narrative does what it needs to do. Set up the premise, which services the gameplay so much better anyway. At its core, Star Renegades is a traditional turned-based RPG, and every RPG’s battle system works differently. Here, every turn, or round as the game labels it, takes place over the course of 60 seconds. This time-table is indicated by a bar going across the top screen. As every round starts, you’ll see incoming enemy attacks on that bar and when they will perform them. As you command your party members, their attacks and actions also find a place on this time-table. If you plan it right, your attacks can delay or break enemies, removing them from that round.

This system is simple enough and like any good RPG, it can be an intricate loop. No matter how many times you do it over and over again, it remains satisfying. Once you wrap your head around how everything works, you start to plan your moves more carefully and pay attention to enemy attacks. For example, you can push enemies back but only so many times, as noted by the number under their icon on the timeline. Which enemies do you focus on breaking and which ones do you defend yourself from? There is a lot to think about especially which characters you choose to have in your party.

As I mentioned before, the game can be difficult. It’s expected. It’s rouge-lite after all, and dying and starting over from the beginning is part of the fun. I won’t lie it can be frustrating. You have to earn and pick the right team of characters for your party. A process I agonized over as I worked to find the right characters with the right abilities to get me through each world. That’s the core fun of the game. Every character is unique, with their own abilities, perks, and team-up attacks. You can also build relationships between your party members during camping, which leads to more bonuses.

As you arrive in each world, you have three days to explore and prepare before the eventual fight with that world’s boss. Paths are limited once you pick which direction you’ll head in, which makes getting an overview of the area extremely important. Each section of the map contains items, enemies, secret areas, boost, or cards to use during camp. If you don’t make it to one part of the map in time, it will become inaccessible that day. That exploration and which paths to take or abandon can make or break the necessary grind of making it through Star Renegades.

I don’t know if I can put down Star Renegades. Even as I lose and lose again, I’m ready to jump back into it, knowing my next death might be right around the corner. Strategy infects all parts of this game. From picking your characters to exploring the environments and fighting in battle. While the story fades into the background, its presentation holds in this world, and its gameplay borders on addictive no matter how many times you go through the same kind of battle loop. Ultimately, that’s what makes a great RPG and, even more so, an exceptional rouge-lite. We live, we die, we repeat, and in the end, we have some damn good fun along the way. 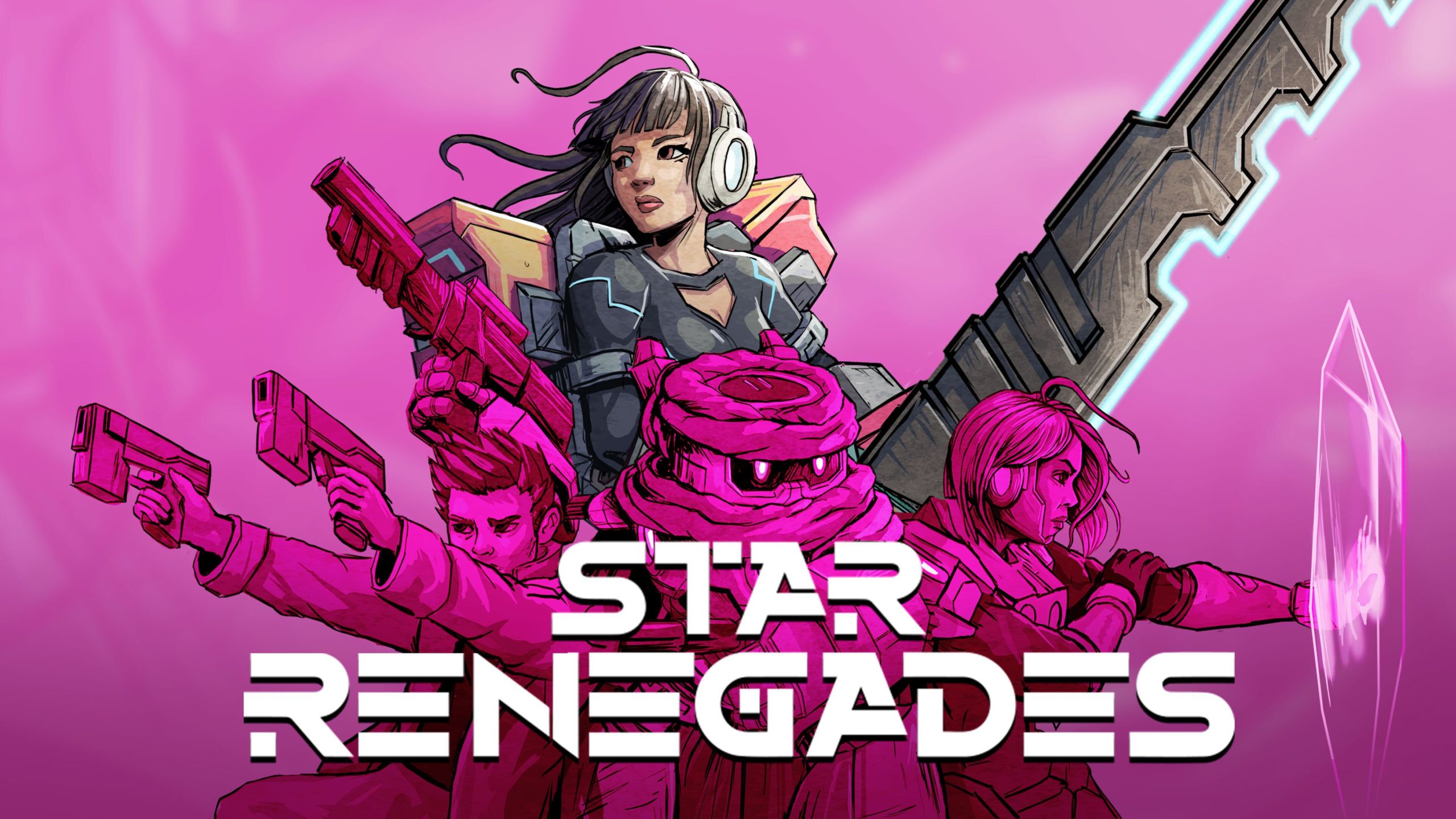