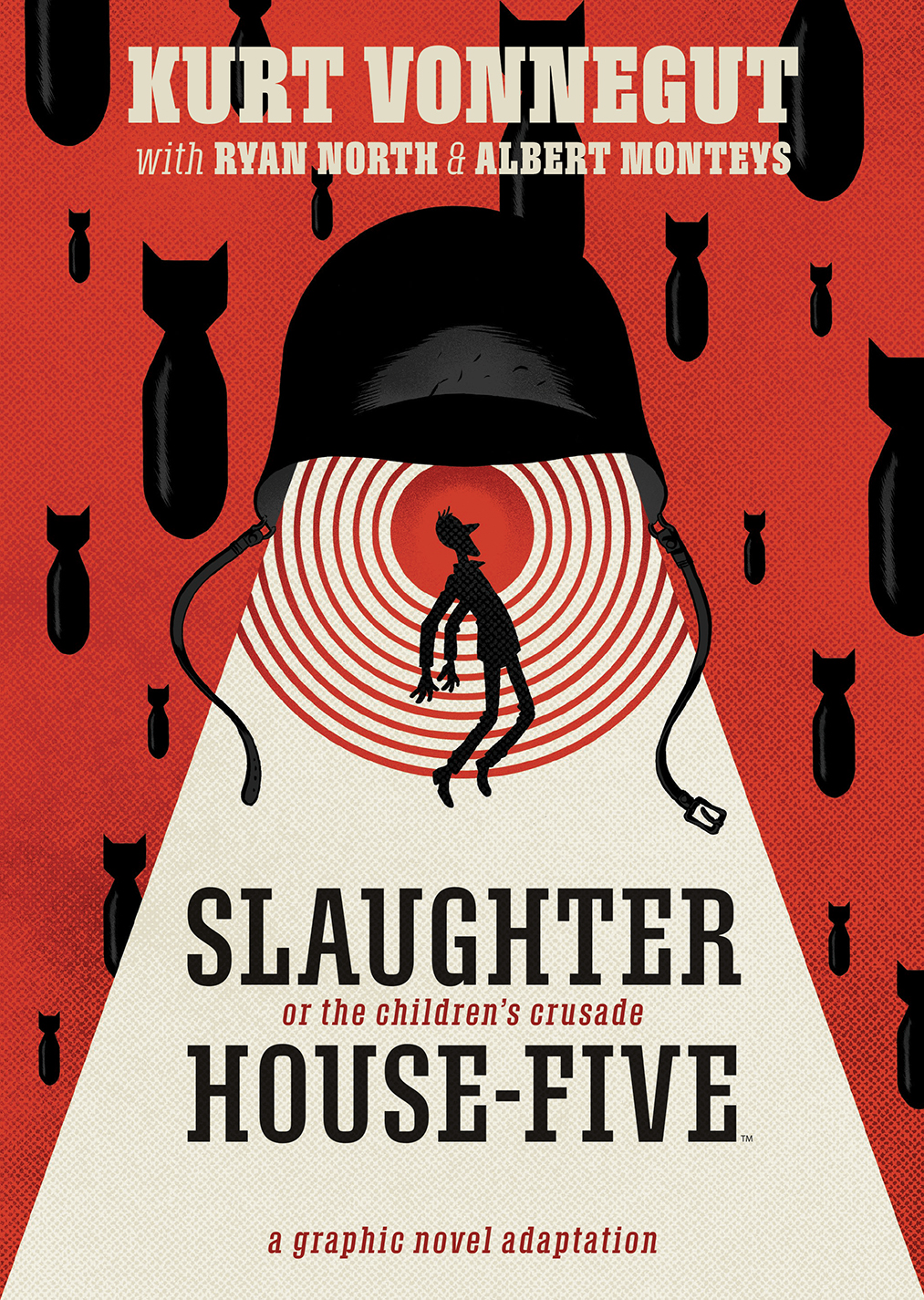 I think it’s important that I am very up front about the score I am giving this graphic novel adaptation at the start of this review rather than the end. I think it’s important that when presented with a piece of media that is itself unstuck in time to follow suit and similarly buck the linearity of the typical review structure in service of a greater good, which is to let you dear reader know that I adore this book for a wide range of reasons, and I hope that you’ll understand why by the time you get to the bottom of this article.

See, in 2015, I picked up The Brothers Vonnegut: Science and Fiction in the House of Magic by Ginger Strand, and I developed an even greater appreciation for the late Kurt Vonnegut, venerated science fiction author, and his older brother Bernard who was one of the many scientists involved in the development of early cloud seeding. Bernard’s research was, in fact, one of the direct influences of my personal favorite Vonnegut novel, Cat’s Cradle. But the point stands, that I learned that Kurt was a technical writer (as I currently make my own living) and the rest of the historical context that he lived in that informed the themes in his rapport.

So now, let’s skip to 2020 and to this adaptation of one of the most iconic of Vonnegut’s titles: Slaughterhouse Five or the children’s crusade: a duty-dance with death. It had been years since I read the text (poorly mind. I was a bludgeoning reader at the time) but had retained its anti-war messages and the vague notion of being unstuck in time. Seeing that Ryan North (Dinosaur Comics, Unbeatable Squirrel Girl) was adapting the text and that Albert Monteys (El Jueves, Universe!) was doing the art, had me very excited at the prospect and wondering about the execution.

Media exists in different formats for a reason. What works well in novel form does not necessarily translate well to comic. The framework and structure of the story is bound by the medium it is presented in, and it takes a great deal of care and effort to make sure that it gets formatted correctly. And to North and Monteys’ credit, they very clearly put in the time and effort, apparently from the opening pages that explain how the adaptation work.

The opening pages of the graphic novel feature a little introduction from North and Monteys that provide context on their book’s existence, acknowledging the original source and the fact that this is the same story with more pictures. But my goodness, do the pictures do so much for the story, both for the concrete images of the characters and their actions as well as some of the more abstract concepts that get involved when you’re reading about being unstuck in time.

Ryan North’s script in conjunction with Monteys’ interpretation of panel structure and artistry is absolutely gorgeous and breathe new life to an already timeless story. The conversion to a graphic novel allows for certain moments to resonate even more loudly and we get to see Vonnegut’s seminal work through an entirely news lens.

I’m not sure I could have asked for a better iteration of the story, and I’m ecstatic that this tome exists in the way that it does. It is a story that resonated when it first released and continues to resonate up to this very day, and the way it leverages the medium to enhance the story is admirable and astonishing, and I hope it paves the way for future projects where the creative team can show the same level of a care for a different story because this is proof that it can be something truly striking to behold.

Whether this is your first time experiencing the iconic work or you have revisited Vonnegut’s arguable magnum opus before, this is most definitely worth the read.