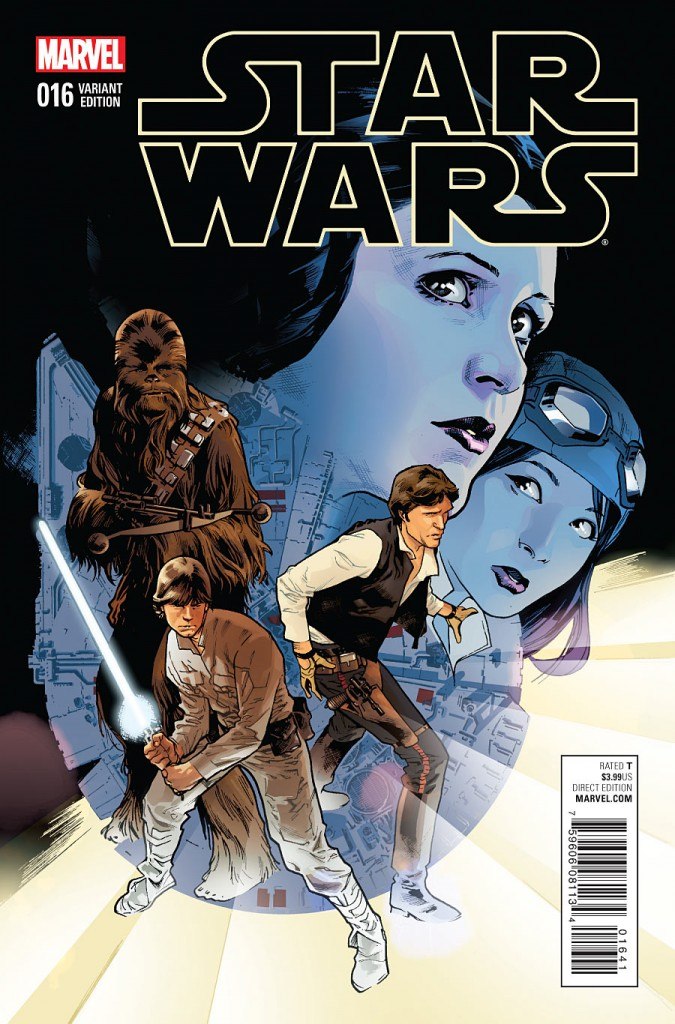 In case you didn’t know, Star Wars #1 ended up being the top-selling comic of 2015. Granted, the Star Wars hype machine (which is easily one of the greatest marketing campaigns in living memory), probably had a lot to do with it, but once you actually read it, it’s not hard to see the allure. Jason Aaron has such a good feel for the voices of these timeless characters. He keeps them feeling fresh while mining that nostalgia factor for everything we love about the Star Wars universe.

Issue #16 picks up with Dr. Aphra, Darth Vader’s sidekick, in Princess Leia’s custody on the way to an all expense paid trip to a prison installation stationed next door to a sun. That alone is so awesome, I don’t exactly have anything to compare it to except maybe The Chronicles of Riddick and you didn’t come to this website to relive that shit. This ends up leading to a good old standoff between Vader’s forces and the Rebels that looks like it’s turning out to be one of my favorite “Holy Shit” moments in this book. The great thing about this is Aaron is going out of his way to build new aspects of the existing Star Wars universe instead of retreading old ground like Tatooine or Naboo.

Meanwhile, Han does something characteristically stupid and brings Luke along for the ride. Without giving any of it way, this is exactly the sort of thing fans sign up with Star Wars for in the first place. It takes a surplus of creativity to create within the cracks and crevices of a universe that’s been analyzed and written about endlessly.

Lenil Francis Yu takes over the art side of the series here in this issue. I’ll be honest and tell you I’m starting to think either Jason Aaron or Star Wars brings out the best in its artists. Yu is so on point here. I didn’t think a prison perpetually covered in sunshine could be so scary looking, but this book pulls it off effortlessly.

Bottom Line: What the fuck is wrong with you? Why are you still asking me what I think about this book and not buying it? We’ve been doing this for, what, 16 issues now? What else do I have to do to make you understand this is one of the best things happening to the industry right now? Get on-fucking-board.