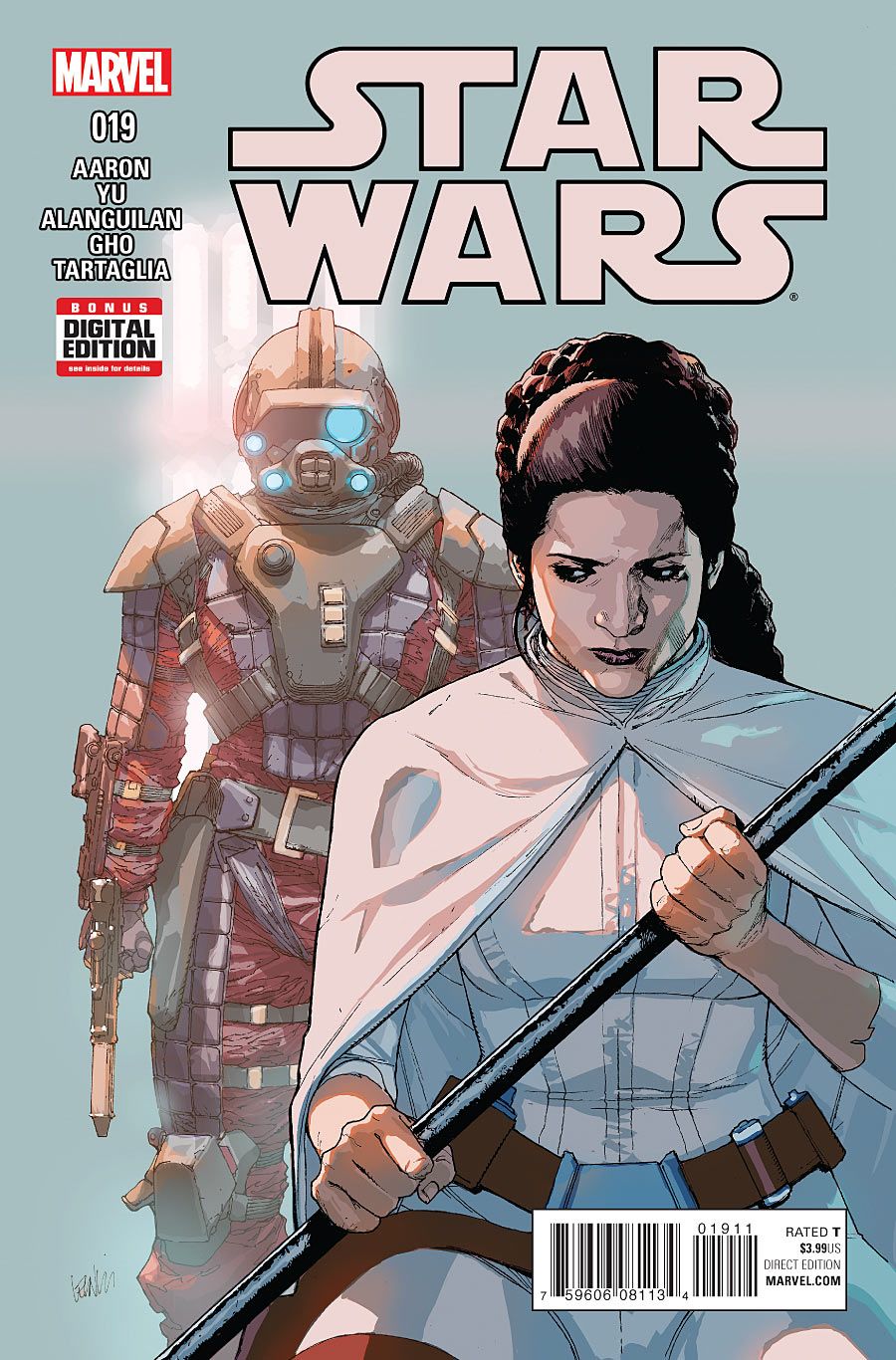 Marvel’s new Star Wars extended universe has cranked out some quality work, but the flagship title, written by Jason Aaron is, above and away, the standout series of them all. Aaron’s series easily has the most distinctive voice for these long-treasured characters while taking the most risks expanding on the universe we already know in new, fun ways. That’s probably why it was one of last year’s top sellers.

The Rebel Jail story arc comes to a close in Issue #19 with a tense life or death scenario. Han and Luke find themselves coming back from a bonding trip at the worst possible time. Now, their lives hang in the balance as Leia, Sana, and Dr. Aphra are besieged by an unstable mastermind that has stormed a rebel prison for bizarre motives. 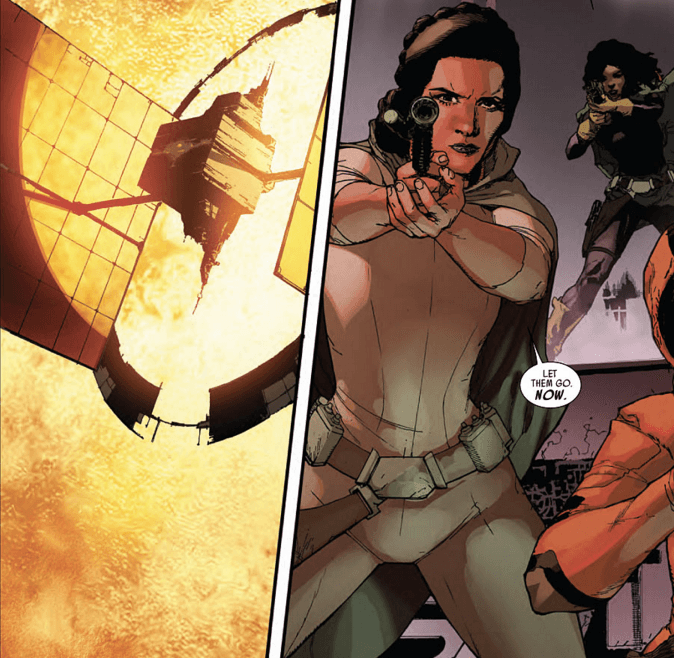 Aaron manages to maintain a degree of levity during a tight situation that had Sana and Dr. Aphra still at each other’s throats. The villain forces the story into a position where we are left wondering how this will change Princess Leia’s outlook on the war and whether or not it will change her as she transitions from Princess to General. After seeing her in the Force Awakens, it seems like Aaron is playing into that future incarnation of the character, by perhaps speculating on how her present day motivations shape who she has become in the movies.

It’s not quite as on the nose as I’ve explained it, but the room for conversation is there and that’s what an extended universe should be about: playing around in the crevices, making compelling arguments for what makes these iconic characters who they are. Visually, Lenil Yu is still knocking it out of the park…out of orbit, really. The line work is top notch and allows room for Sunny Gho’s inks to really flourish and enrich the tension in Aaron’s script.

Bottom Line: Aaron is doing comics a great service with this book and Lenil Francis Yu finishes his run strong. The title of this story arc really should have been, “Star Wars is back at Marvel where it belongs. Deal with it.”