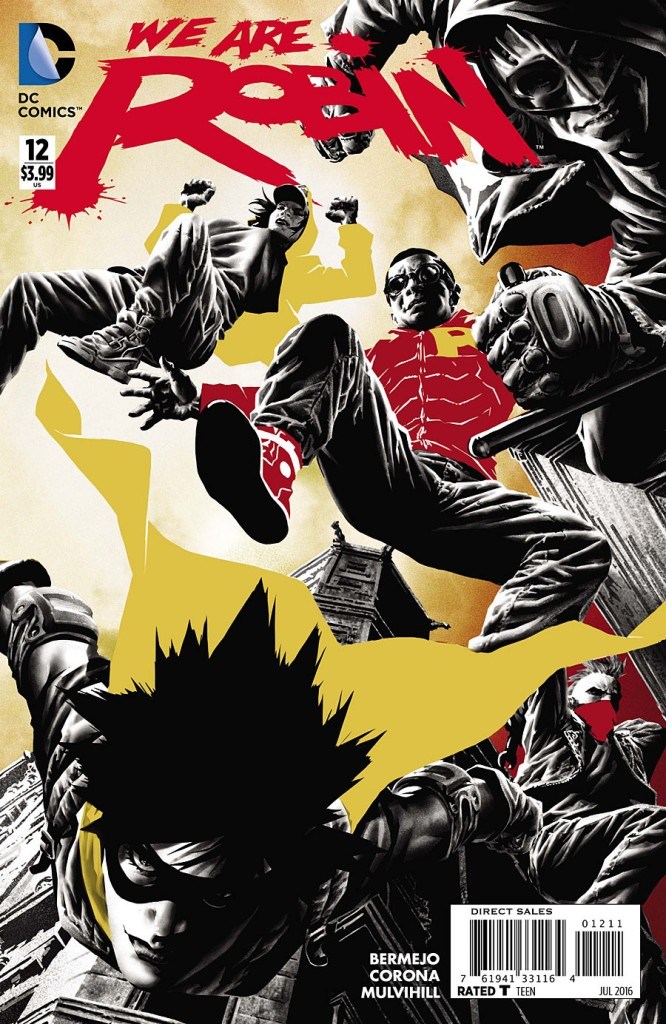 Yo, I legit just found out this is the last issue for the series. This is the grand fucking finale? You have no idea how mad I am right now. This is the book that the streets of Gotham need. This is the fucking book the teens and team teens need, yo. DC Comics y’all only gave We Are Robin 12, man? What?! Do you understand what Bermejo and Carona did for the fictional hood of Gotham? 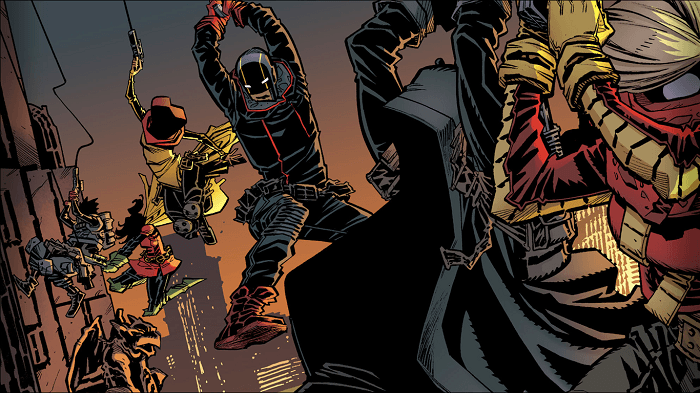 Listen man, the team just took a big win against Smiley and his invasion of the school. We see Duke Thomas become more trusting towards Leslie Thompkins and display confidence in his squad. On the flip side, we see how as much of a factor for good Bruce Wayne is as the Batman. There are times where Wayne Enterprises hurts the regular working class of Gotham. When one Robin’s father loses a very important contract to Wayne Enterprises and puts his family in a tough situation economically, he falls into a crowd that plans to do a score that involves breaking into the office of Bruce Wayne. 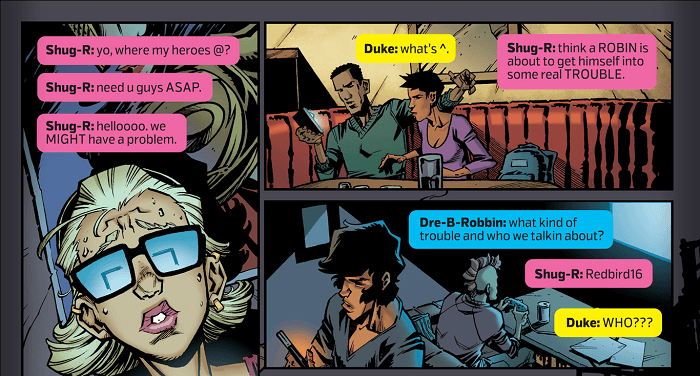 Shug-R is alerted to this and informs our main roster of Robins. There’s so much I love about this book and, with the series ending on this note, it’s very important. The reverb in this issue is that sometimes good people have to do the wrong thing for the right reason. That shit is tough as fuck but that is also Gotham City at its core isn’t it? Rough times and no options forcing you do wrong in order to do right by someone dear to you? Regardless, it’s still a choice and our squad of Robins intervene to prevent that choice from leading this member down the wrong path.

I can’t begin to tell you how far Bermejo and Corono put their foot in the ass of this series, man. These guys made these new characters and their own mini universe within Gotham City. It’s so dark, gritty, and so fucking hood. This could easily look like Newark, Detroit, Compton (in spirit minus the greenery), of course New York, or any other place you rep. Corona, Rob Haynes, and Trish Mulvihill’s art work embodies the fucking essence of the gritty city streets. There are so many great shots of everyone unified as a team for this issue, too.

The shadows and coloring through out this issue were incredible, too. This is my shit man, this book got it the fuck right with how teen heroes would look nowadays. No capes and tights, I’m talkin’ trench coats, fiddy caps, hoods, googles, helmet masks, and sneakers! 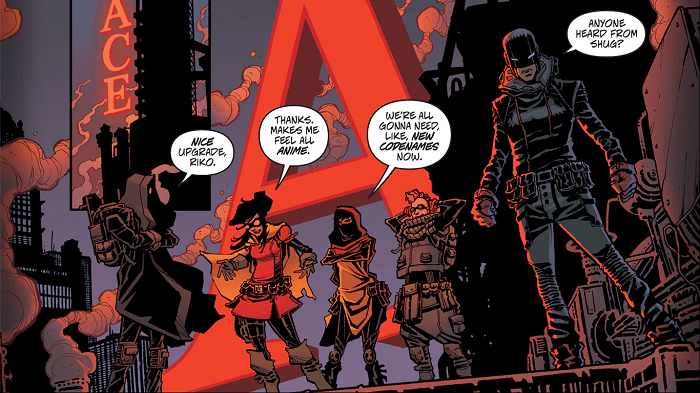 Listen, you gotta get this book as a trade when it comes out. There’s no denying this shit. I really hope we see these characters in the Batman Family Universe again. We really got to because this creative team did so well building all these characters up that for them to not pop up in Batgirl or anywhere else would be a shame. Rebirth better have these trill ass heroes too. That’s all I know.