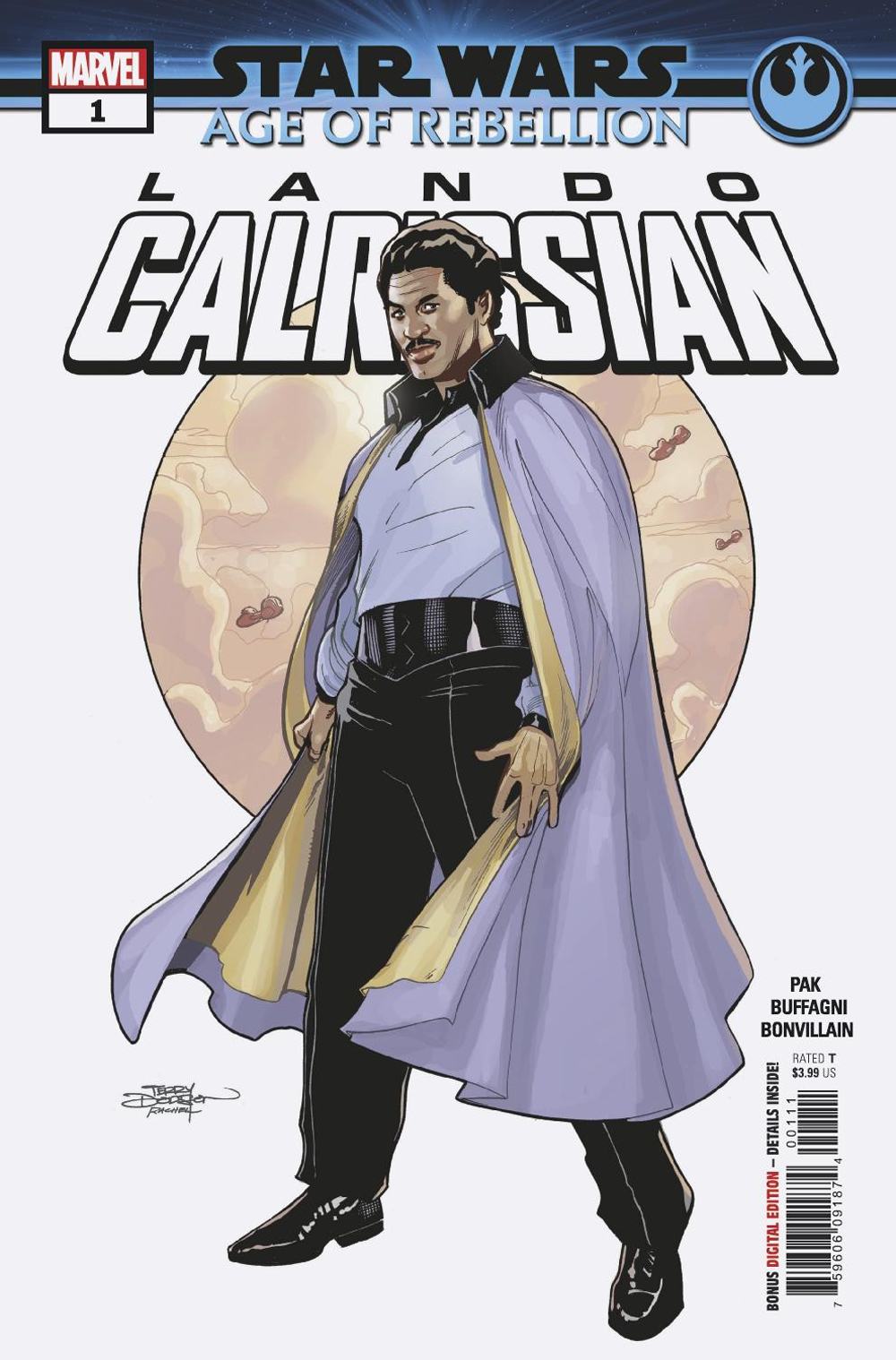 There is always an intrigue when reading an interquel. Knowing the events that come before and after the story, there is a familiarity and love that already exists. We, the readers, know the character’s origins and where their eventual arc leads them. There is a balancing act between revealing new information about the character, while respecting what already exists. I preface with all of this because I believe Pak and Buffagni manage to find this balance with Star Wars: Age of Rebellion – Lando Calrissian. 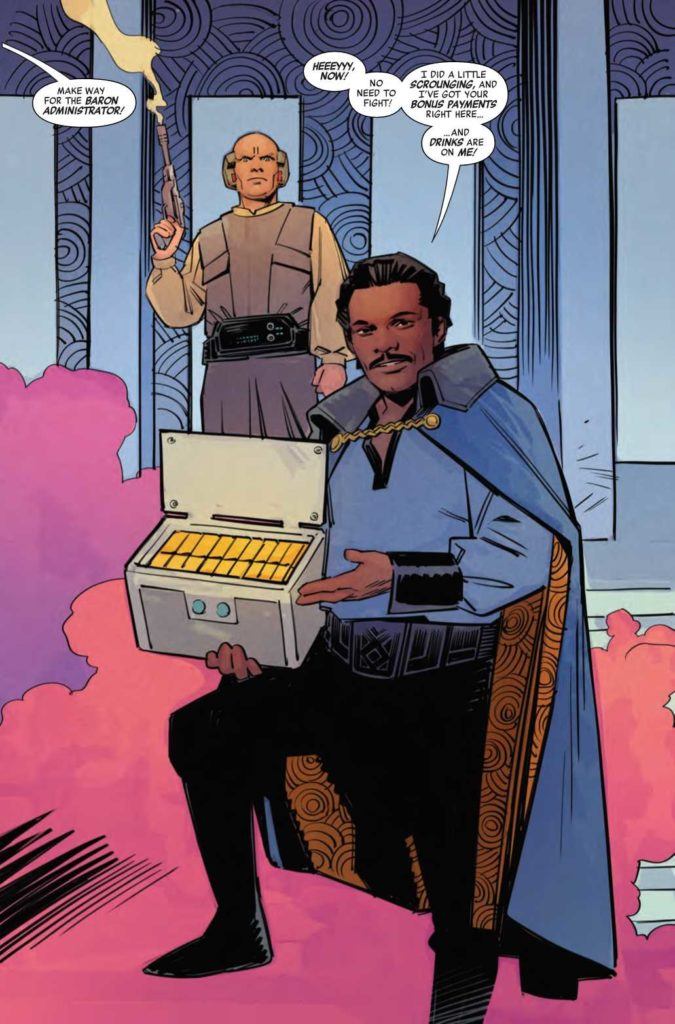 The opening page provides a beautifully nostalgic frame of Cloud City and quickly pivots to the Baron Administrator himself, making a dazzling smoke filled entrance holding a chest full of credits. This is the charismatic Lando we’ve all come to love, trying to cement the place that he holds dear. Pak completely homes in on Lando’s deep-seated loyalty and affection for Cloud City in such an honest and elegant manner. It resonates deeply, because I’ve found myself saying very similar phrases in conversation. The writing captures Lando’s pure desire to help the people around him at any cost.

Of course, Lando’s dedication is only one part of the formula. Above all else, Lando is still a daring space rogue, and it wouldn’t be a Star Wars comic if someone wasn’t doing daring space rogue things. As Lobot informs Lando that there’s not nearly enough money to make ends meet, Lando gets solicited for a particular job which takes up the bulk of the issue. It’s a simple adventure that showcases the character when slightly less jaded. It shows the precursor of the character that we see in The Empire Strikes Back and captures familiar emotions. Buffagni’s art sells the adventures completely, capturing all of the things that make Star Wars great: imaginative set pieces, striking character design, and quick action. It’s a wholly complete character study. 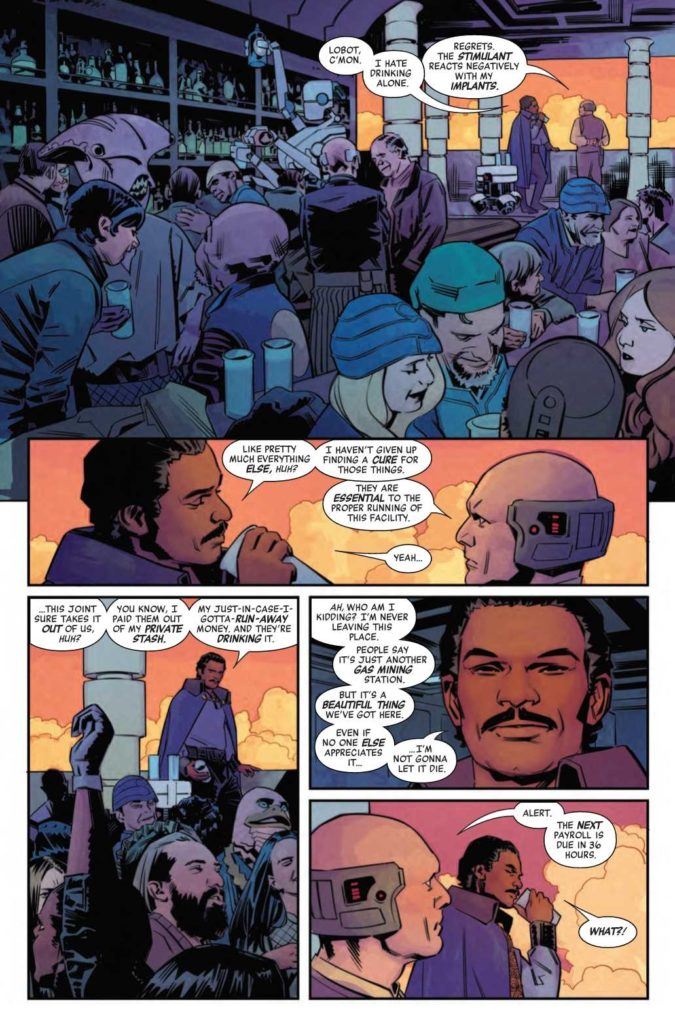 Star Wars: Age of Rebellion – Lando Calrissian #1 is one of those great introductory comics. It’s a self-contained snapshot of a familiar universe in comic form and you can tell that Pak and Buffagni had a lot of fun filling in some of the timeline. I’m intrigued where the rest of the collection will explore.