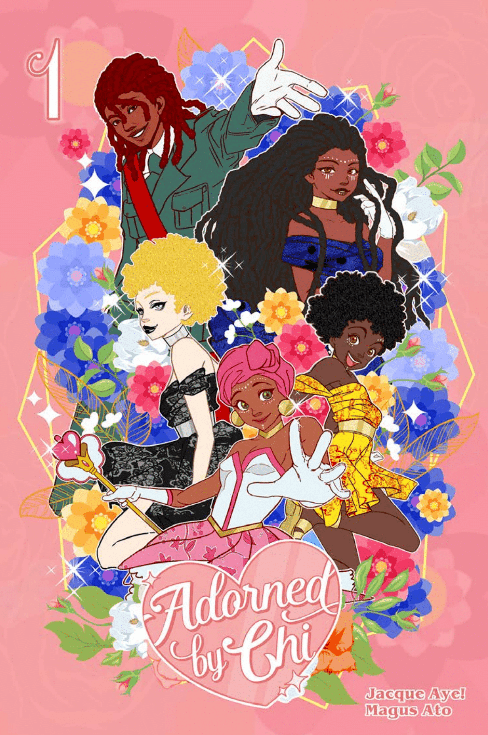 Adorned by Chi has appeared on this site a few times. We’ve reviewed their cute as possible nerd girl gear and inteviewed founder Jacque Aye!. The latest fun thing from them? They’re putting out a magical girl manga, of course.

Holy Mother of Mercy, this art is GORGEOUS. Right out the mfucking gate, the initial illustration of Vol.1 is a stunner. The only true way to begin a Magical Girl saga honestly. 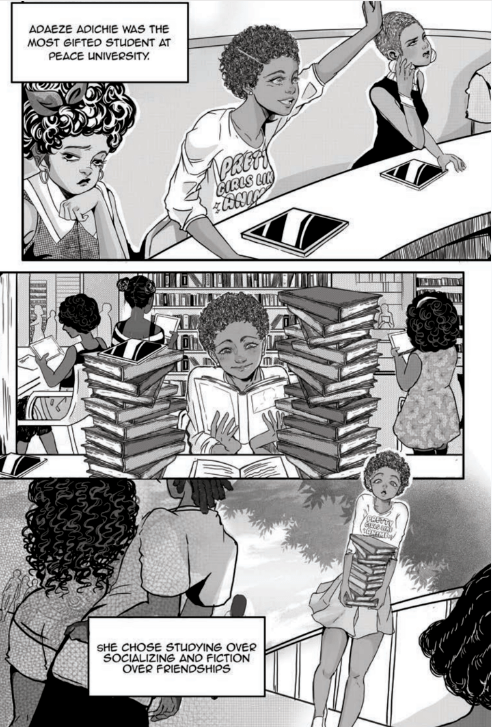 “She chose studying over socializing and fiction over friendships.”

This quote hurt me a bit, not gonna lie. But beyond that…I totally fell in love with this manga. It brought me back to my elementary school days where I used to bury my nose in Tokyo Mew Mew.

The story follows painfully shy, but incredibly intelligent Adaeze Adichie, a Nigerian student studying diligently at university. She discovers an adorable-as-fuck sentient plushie-like animal named Chi Chi, who alerts her to the evil powers that lurk beyond regular mortal view. Chi Chi also informs Adaeze of her destiny as one of the few “Adorned by Chi” — the creator of life. With the guidance of several Goddesses in animal form, Adaeze and her fellow team members learn to reach within themselves to embrace their greatest strengths to destroy that which would see the world and all living creatures perish.

What Adorned by Chi, Vol 1 achieves in this first volume is a sturdy beginning to a saga that will be built on empathy, respect, love for oneself and for others, and the courage to do what’s right even in the face of danger. Common, but vital themes among the MG genre. The focus on self-care was also such a fantastic thing to see within the narrative. Inspired by both Igbo culture and the Japanese anime/manga Magical Girl genre, Jacque Aye! and Magus Ato captivated me from the very first glance at the artwork. With rich images, fun and lovely characters, you become attached very quickly to the peculiar events occurring in and around Peace University. You cheer on the characters as they overcome anxiety, intolerance, and inner fears to embrace the unbeatable spirit that transforms them into champions of humanity.

The key structural plot points were well executed in this first issue, and I am so pumped to read the rest of this stellar story. Please be sure sure to check out Adorned by Chi, Vol 1 the next time you get an itch for a new manga adventure. It is available for purchase direct from the Adorned by Chi website: https://adornedbychi.com/collections/comics.

After you’re done, tell me who your favorite character is. Mine is definitely Kairaluchukwu “Kaira” Okoye!!!