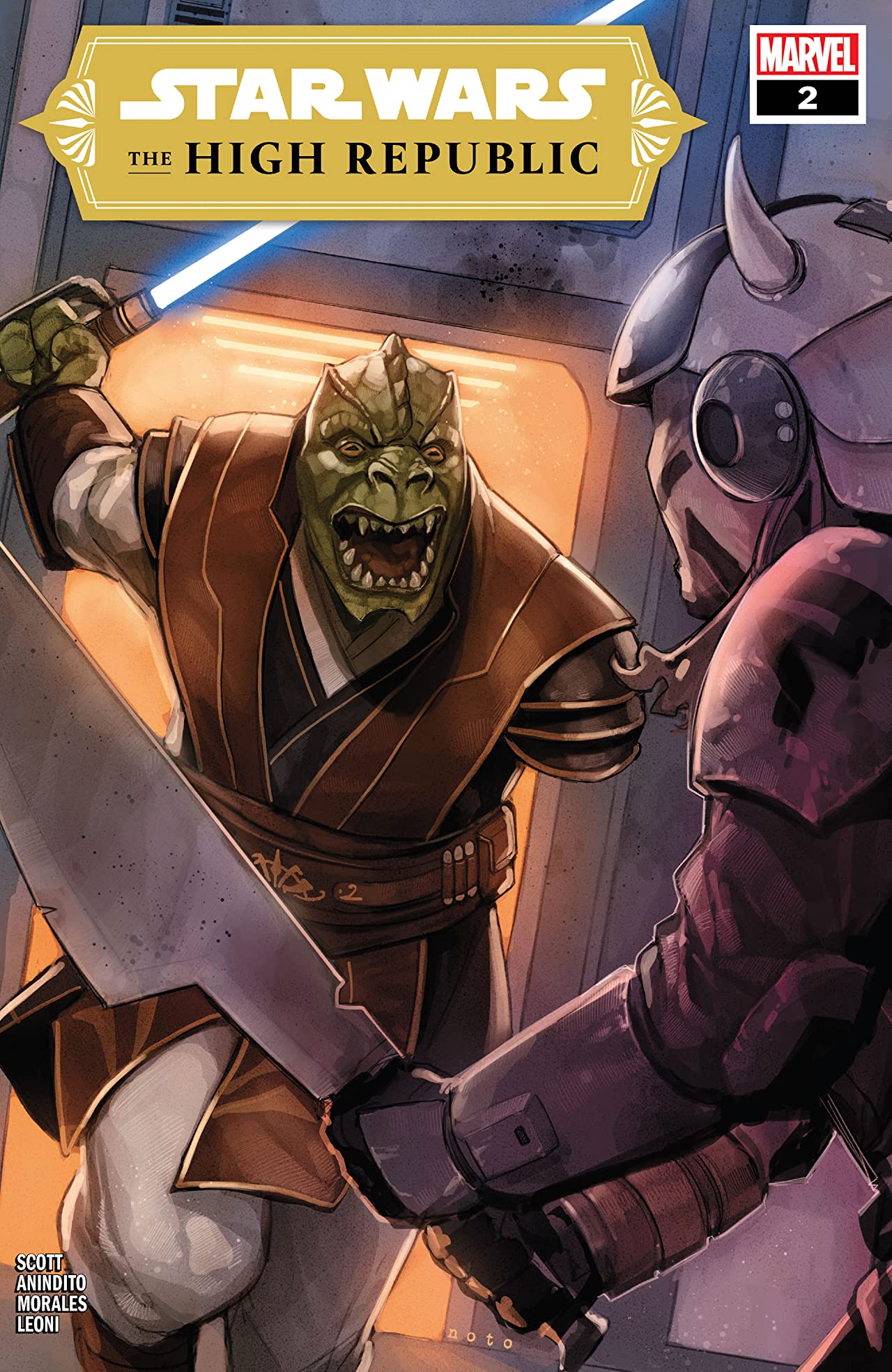 The comic book debut of Star Wars: The High Republic set the tone for this lost era, presenting us with a look at the Jedi Knights as the cornerstone of peace and order in the galaxy. It helps that we are seeing the Jedi Order at the height of their power through the eyes of the newly knighted Jedi Keeve Treniis and her master, Sskeer. If we’ve learned anything from shows like the Clone Wars and Rebels, Star Wars stories are usually best when they are framed around the Master/Padawan relationship.

In the last issue, we learned that something is happing with Master Sskeer. Now that Keeve has moved on from Padawan to a full-fledged Jedi herself, the mystery surrounding her master is sure to change their dynamic. Enter issue #2, where Keeve and Sskeer are sent on their first mission together since her promotion and she can already see the changes in her master’s behavior. Just as Keeve is left in the dark about what is happening to her master, so are readers. While it’s easy to write him off as going to the dark side (and he goes a bit dark in this issue), there seems to be much more to the situation than we know.

So far, I love how each issue of Star Wars: The High Republic is set up. Writer Cavan Scott is doing an amazing job with the pacing. Each issue feels like its own adventure and it reminds me of how every episode of the Clone Wars cartoon operated. Sure, you’ll probably want to keep up with the overall story but right now it feels like you can pick up any issue and enjoy it without prior knowledge of what happened in the last. For example, this week’s issue gives us a great space horror adventure as Keeve, Sskeer, and the Jedi investigate an attacked space ship. Mixed with artist Ario Anindito’s clean artwork and intense action, the tone is set perfectly.

Star Wars: The High Republic works on two levels. The first is the overarching story between Keeve and Sskeer. The mystery there is enough to keep readers coming back to see how that unfolds. The second level is the world. The High Republic comic is giving us a great look at the Jedi of that time, how they operate, and what kind of dangers they face. I especially love the Jedi twins, Ceret and Terec, and their empathic connection. I hope this means that we will get a good variety of different Jedi races like them as the series progress. Let’s also hope that will see more of what the rest of the galaxy, worlds, and governments look like with the Jedi in power.

9 Diced Space Pirates out of 10