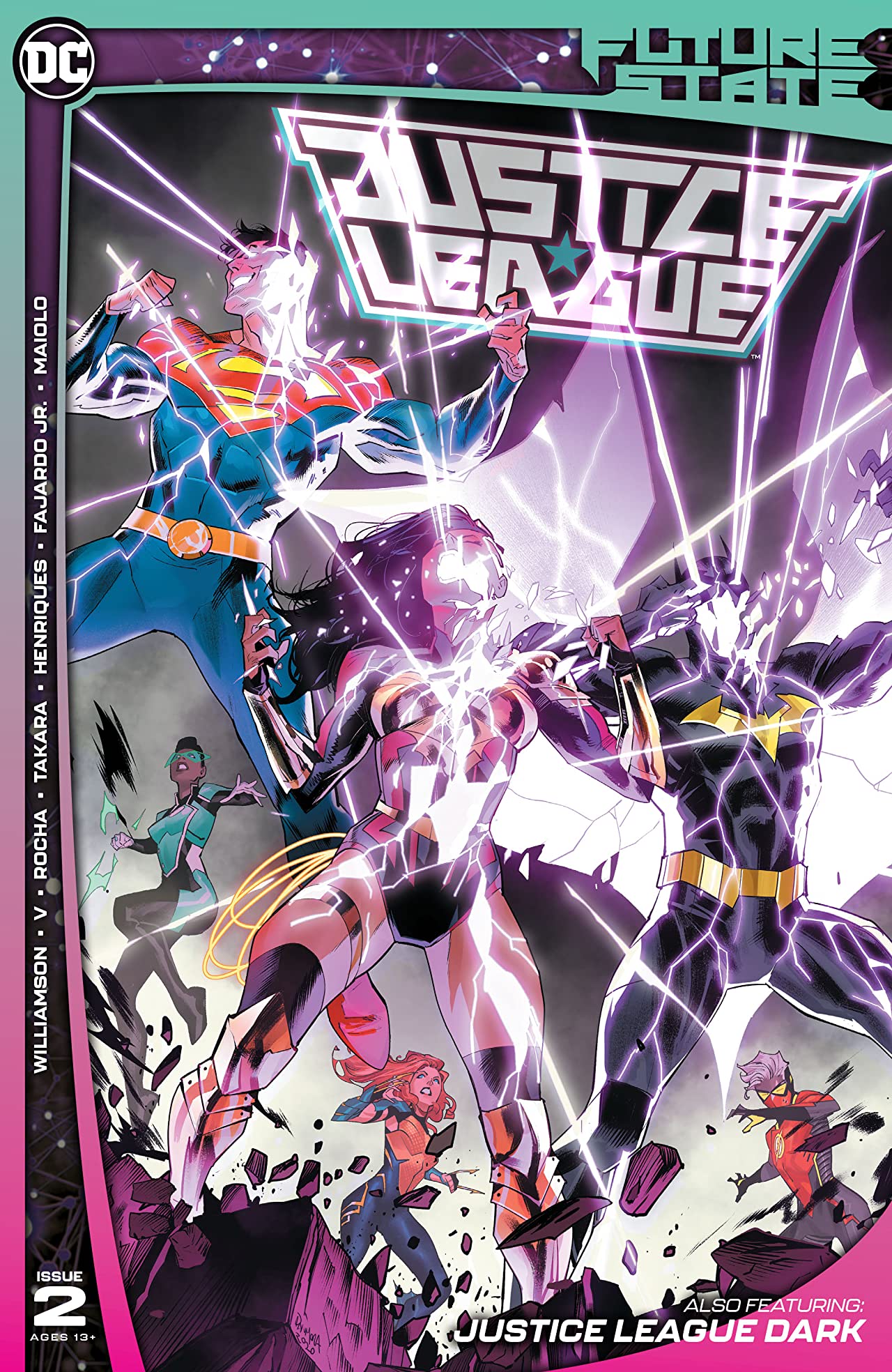 In the first half of the book, the Justice League of the future is led by legacy heroes Jo Mullein (Green Lantern) and Jonathan Kent (Superman-ish). Their opposition? Hyperclan, a sect of villainous White Martians with a grudge.

But before they can take over the shape-shifting goons posing as the Justice League, the team has to overcome a more personal hurdle, themselves.

This iteration of the League was founded on a new principle, with a radical dynamic. The team agreed it would be best that they don’t get close to one another. While this social contract worked on paper (so far), there are very clear moments where knowing each other better would benefit them in battle. This is one of those moments. And they’re going to have to leave their golden rule behind if they’re gonna save the Earth and the integrity of this team.

I appreciate it when things get personal, so this was a solid story for me. We get these quirky peeks into these characters. The new Batman hums when he’s fighting. Aquawoman talks in her sleep. I’m all about these textured character details. I’m not really sure when we’ll see this team next. Or even in this personalized context. I do know that these characters are going to be sprinkled throughout DC Comics for the foreseeable future and that this was a very solid debut for them.

In the second half of the issue we get to the finale of the Justice League: Dark story centered around Merlin trying to take over the world with dark magic. The ending of this story focuses on Etrigan as he comes to terms with what happened to his former vessel Jason Blood. Y’all. Let me tell you, this guy goes HAM. If you’ve ever wanted to see a demon beat people to a pulp while laying down some bars in ye olde English, you’re gonna need this book. You’ll also need just about every other book featuring Etrigan.

Writer Ram V. is consistently showing us that he can balance the dense, layered languages of a magically themed book while also keeping the reader compelled and engaged. I often find that dense comics can be difficult to digest, but V. has really found a healthy middle ground.