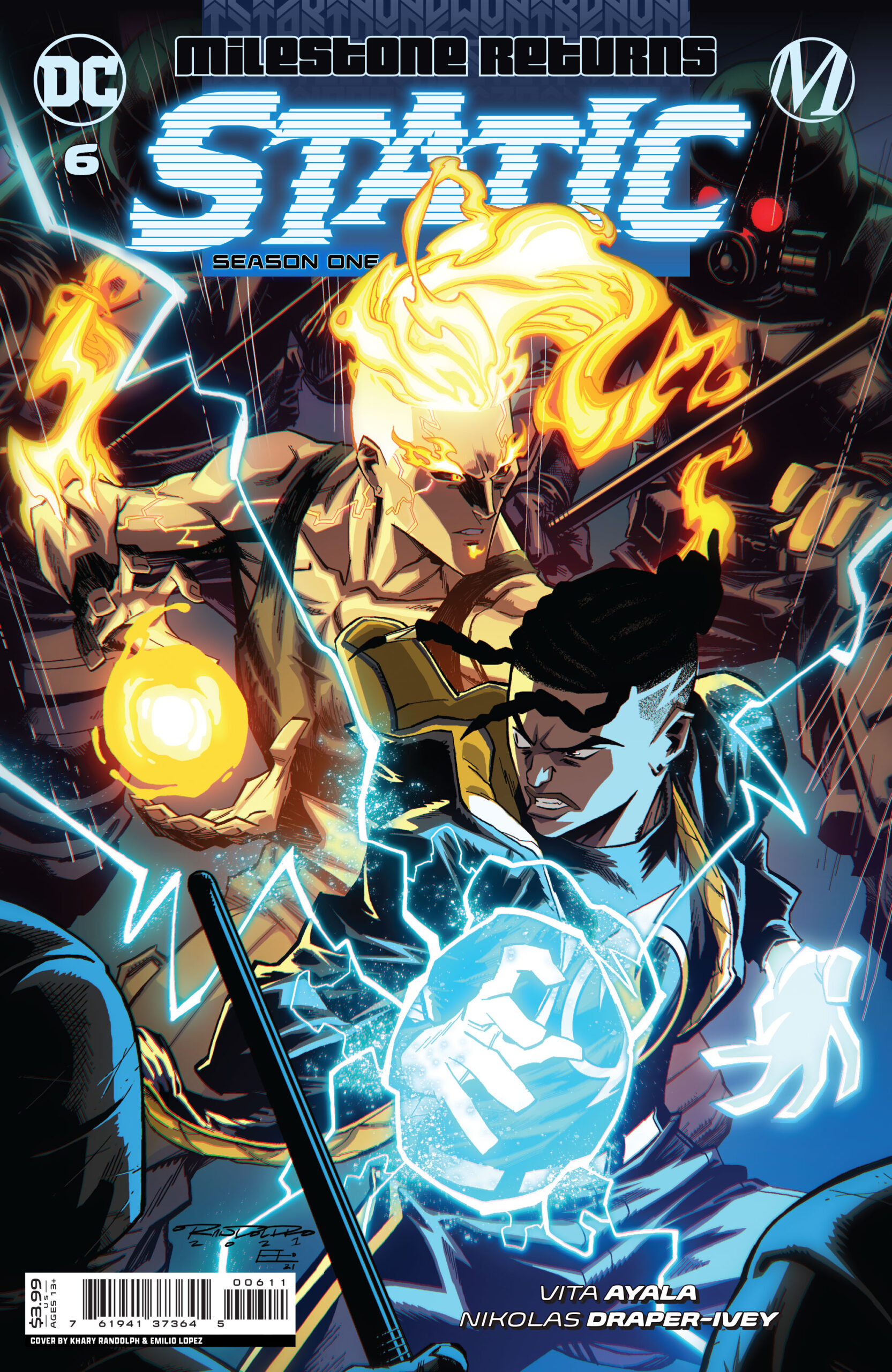 Static: Season One ended with a huge shock.

Okay, I’ll see myself out.

But for real, this has got to be the best issue yet. As Static saved the captured Bang Babies from the mysterious warehouse in the city, he really came into his own as a hero, becoming fully the type of person he’s going to be from this point forward.

Static #6 was all about leveling up. In every aspect of the story, we were given little moments that showed growth from our characters and teased what’s to come in Season Two and beyond.

Static not only came into his own with his powers in this issue, using them with more confidence and comfortability than he had to this point, but he also seemed to find some balance with his morality as well. Early on in the series, Virgil struggled with the immense power under his control and the fact that he had to tame himself, particularly against people who did bad things and didn’t hold themselves back. Now Virgil can kick ass and know when to stop and lend a helping hand, even after he sends you to the floor. That’s growth if you ask me.

My absolute favorite part of Static #6 was seeing aspects of the old Static comic, and television show sprinkled into the book. Not only do we get to meet Puff, and Shiv for the first time, we are left with a huge tease from the Static Shock show that I won’t spoil here, but just know that your jaw will drop. Draper-Ivey even snuck in some visual cues from the old show as well. At times, Virgil and Richie are wearing their classic outfits, which instantly brings you back to those Saturday mornings as a kid.

Every time I get to write about this book, I have to pinch myself. We are really getting new Milestone in 2022, and it’s great. You really love to see it.