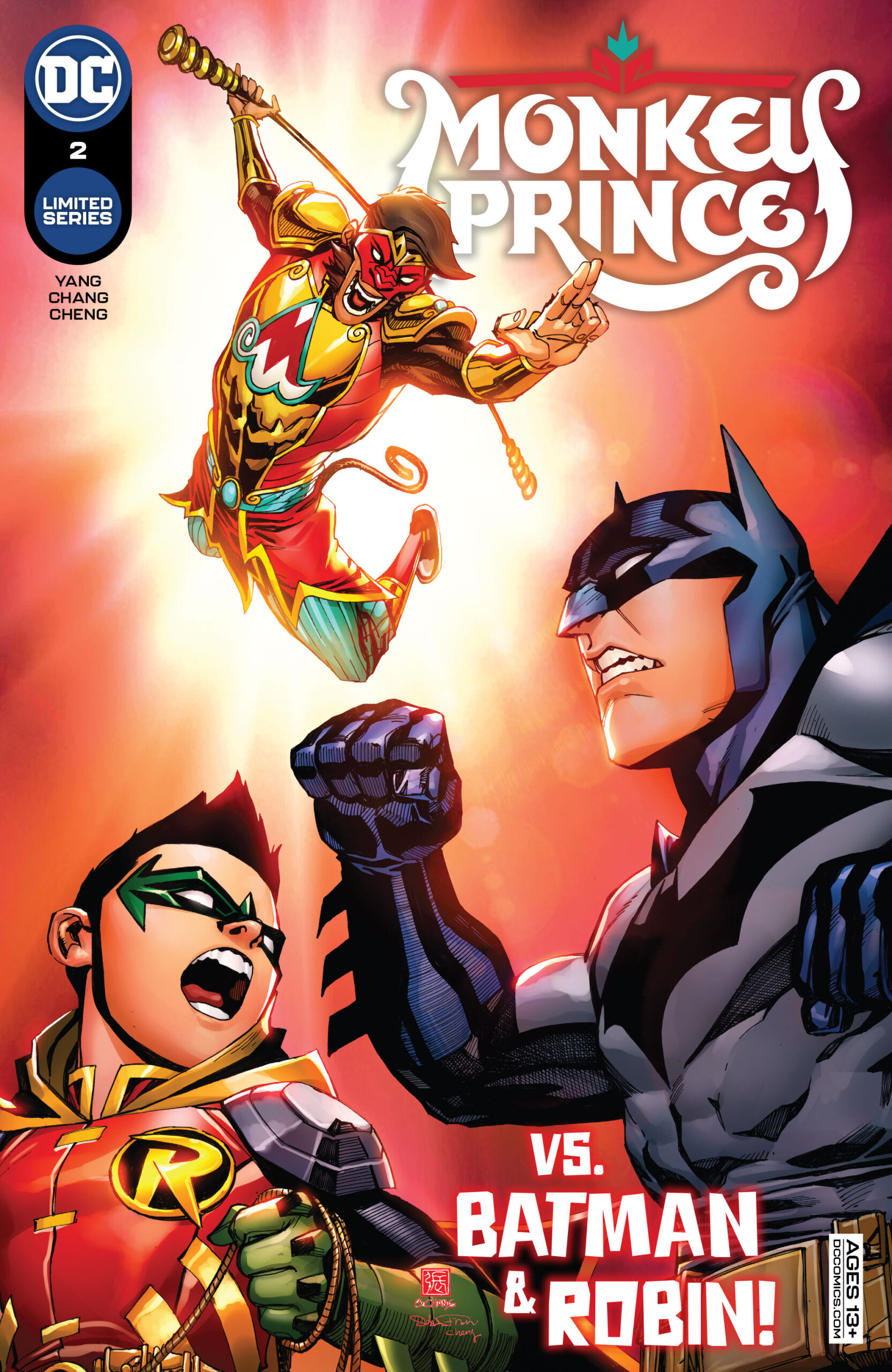 Monkey Prince #2 continues the wacky adventures of Marcus Sun as he navigates confronting his destiny as the son of the Monkey King, while wanting to just be a normal teenager.

The issue opens right where issue #1 left off, Batman, Robin, and Marcus’ mystical mentor Pigsy are fighting over… the Monkey Prince’s detached head!

The action is really fun, and the craziness of the situation really keeps you engaged. The art from Chang and Cheng are the cherry on top in a scene that I can without a doubt say I’ve never seen before in a comic or any type of medium for that matter. A game of football with a monkey head? Definitely not. But it was so fun.

The rest of Monkey Prince #2 deals with Marcus “rejecting the call” so to speak, where he is now fully aware of his abilities, but wants nothing to do with them. But he’ll soon find out that he has no choice and is more than likely going to be roped into some conflict, whether he wants to be or not. My best guess is that it’s going to be something related to his parents (who happen to work for supervillains). That’ll really give him the motivation needed to use the gifts he has.

A nice little source of conflict in this issue is that we found out that Damian and Marcus go to the same school. What Makes it really fun is that the audience knows the secrets behind both characters, but they themselves don’t know. Damian is working for the newspaper, trying to uncover the truth about the events of last issue, when Marcus jumped into the school pool, and a Monkey jumped out soon after.

Ever the detective that Damian. Don’t you wish he’d go eat his lunch or something? Let my boy Marcus live.

All in all, another solid entry into this really fun series. I’m excited to see how it unfolds in the coming issues as we get to flesh out this new and exciting DC character.

9 Headless Monkeys out of 10