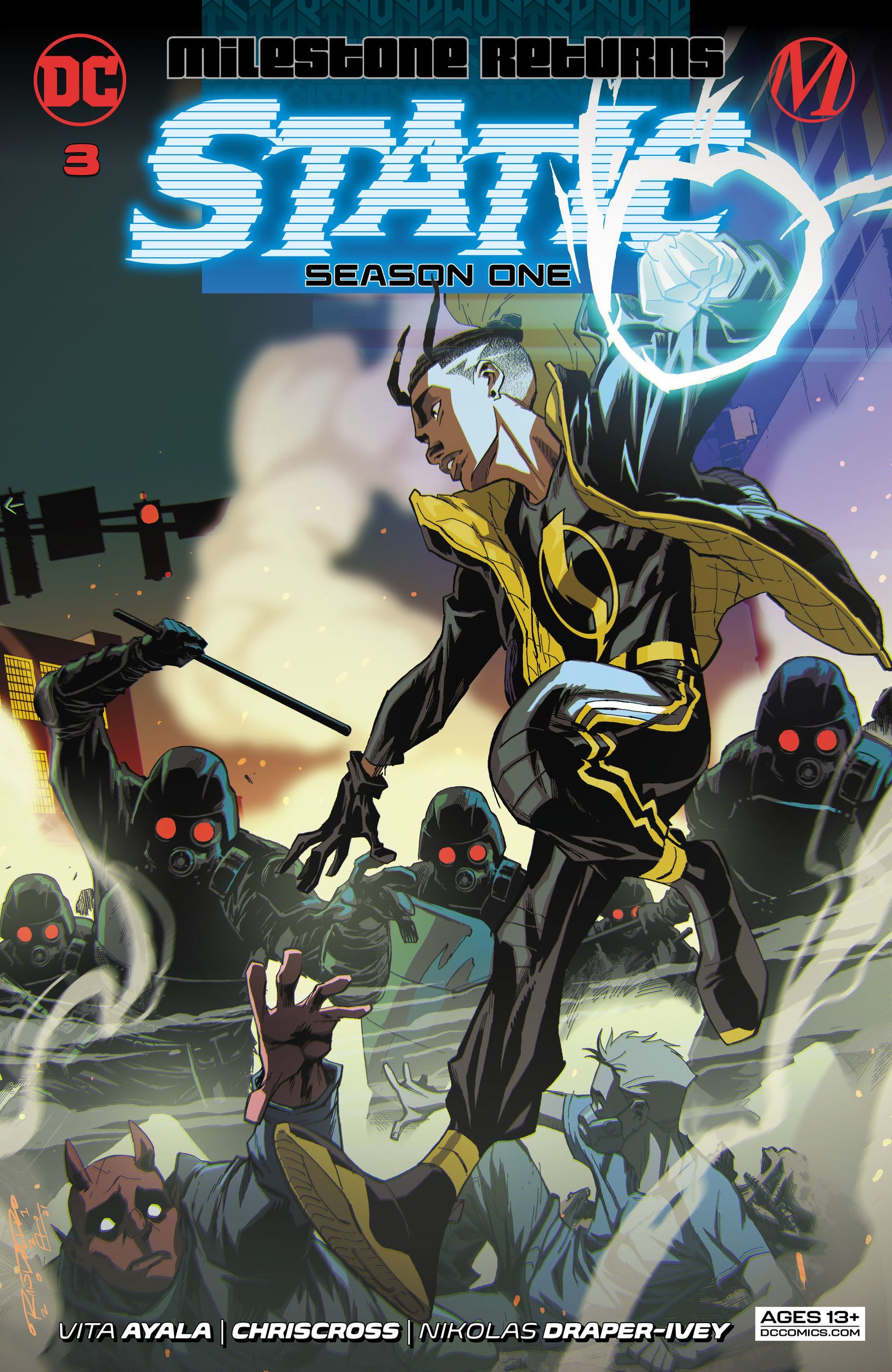 We may be two issues into this book, but it’s really not until this issue where Static is truly born.

We’ve seen him use his powers and fight some other Bang Babies, but he had yet to come into his own.

While running from the cops who think he’s the fugitive Curtis Metcalf (Hardware), Virgil manages to snag some of Metcalf’s experimental gear. But as he’s escaping, new forms of his powers begin to manifest. Virgil finds out he can move metal when the cops open fire on him. It’s a really big development and a big step toward Virgil truly becoming Static.

When he gets home, he fashions Metcalf’s gear into a uniform, and let me tell you, it’s brilliant.

It’s reminiscent of Static’s original costume from the 90s. It’s got the full body suit with lighting streaks on it, and the black hat with that prominent X. But it also has Static’s iconic goggles, usually paired with his second suit. On top of that, it’s updated in a way that feels like something current instead of retro. I can’t wait to see people wearing this suit at conventions.

Something else that’s been in the way of Virgil accepting his destiny and becoming Static is that because of his tussles with Hotstreak, his personal relationships are strained. His parents are worried, and his friends are distant.

That’s all rectified in this issue as well as Virgil mends the relationships most important to him. I’ve gotta say, I love how much of a support system Virgil has. Too many times we see the Black boy with a broken family and friends in the wrong crowd, but Virgil has support from every direction he turns, and it’s truly nice to see.

That’s always been an essence of his character, but I’m glad it hasn’t changed. It’s what makes him who he is.