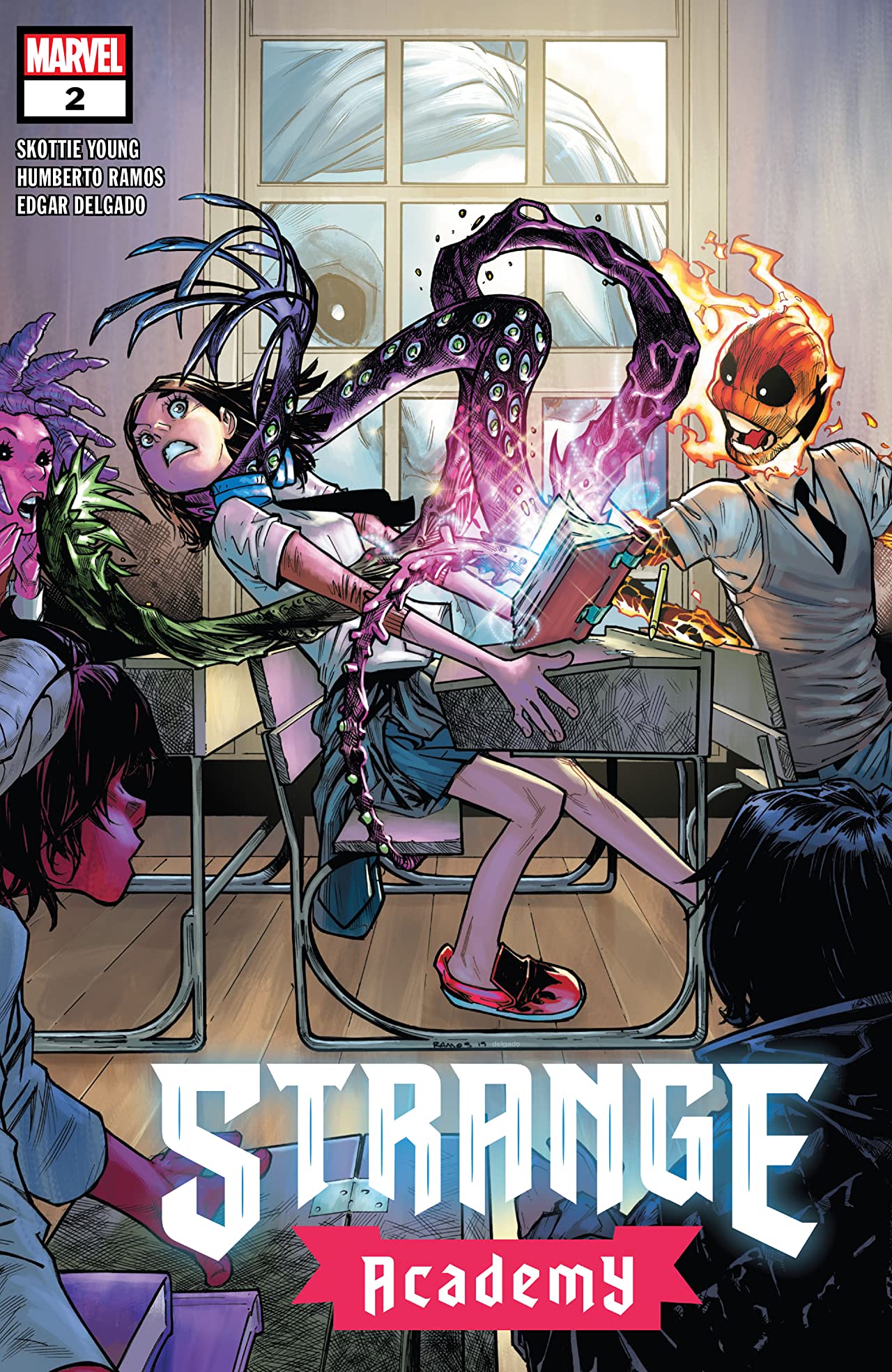 Strange Academy debuted with a stellar start, introducing readers to the possible future sorcerers of the Marvel universe. With its diverse cast filled with plenty of personalities and the weird nature of its magical setting, there was a lot to love. However, the opening book dropped at a weird time, just as the coronavirus put a halt to all Marvel books. While I was afraid that the new series would lose its momentum, I’m happy to say the second issue of Strange Academy maintains the same level of excitement as the first.

What does a magical school look like in the Marvel Universe? That’s the question posed to readers as we follow our main cast of students during their first day at the academy. That means eight periods of classes stacked with madness and taught by the best magical minds around. It’s fun, it’s fast-paced, and a nice introduction into what a day of classes looks like for students of Strange Academy. It also proves my theory that magical schools really need stricter safety guidelines, because if this issue and Harry Potter have taught me anything, these schools are playing fast and loose with these children’s lives.

We don’t learn much more about the students that we didn’t already find out in the first issue. No, the focus of this issue is more on this school and its teachers. Once you look beyond the spectacle and wonder of this magic school, you can see the mystery Skottie Young is planting right beneath. A lot of the Marvel Universe is built on the mistakes and decisions of its adult characters, which seems to remain true with the universe’s prominent sorcerers as well. With Young teasing a greater secret tied to the teachers and how they put this school together, I hope it leads to a bigger focus on them.

After all, half of the appeal of this series is seeing these famous Marvel magic users together. I’m just saying, you don’t put Magik and Wanda “The Pretender” Maximoff together in the same building and not have any kind of interaction with them. Either way, after two issues, I think I can say that there is no way you are not going to have fun with Strange Academy. The premise is too good and caters well to everything fans love about magical schools of wizardry. Not to mention, Humberto Ramos’ talents are being put to great use, making every panel filled with as much wonder and imagination as the next.

9 Trips to Detention in Hell out of 10