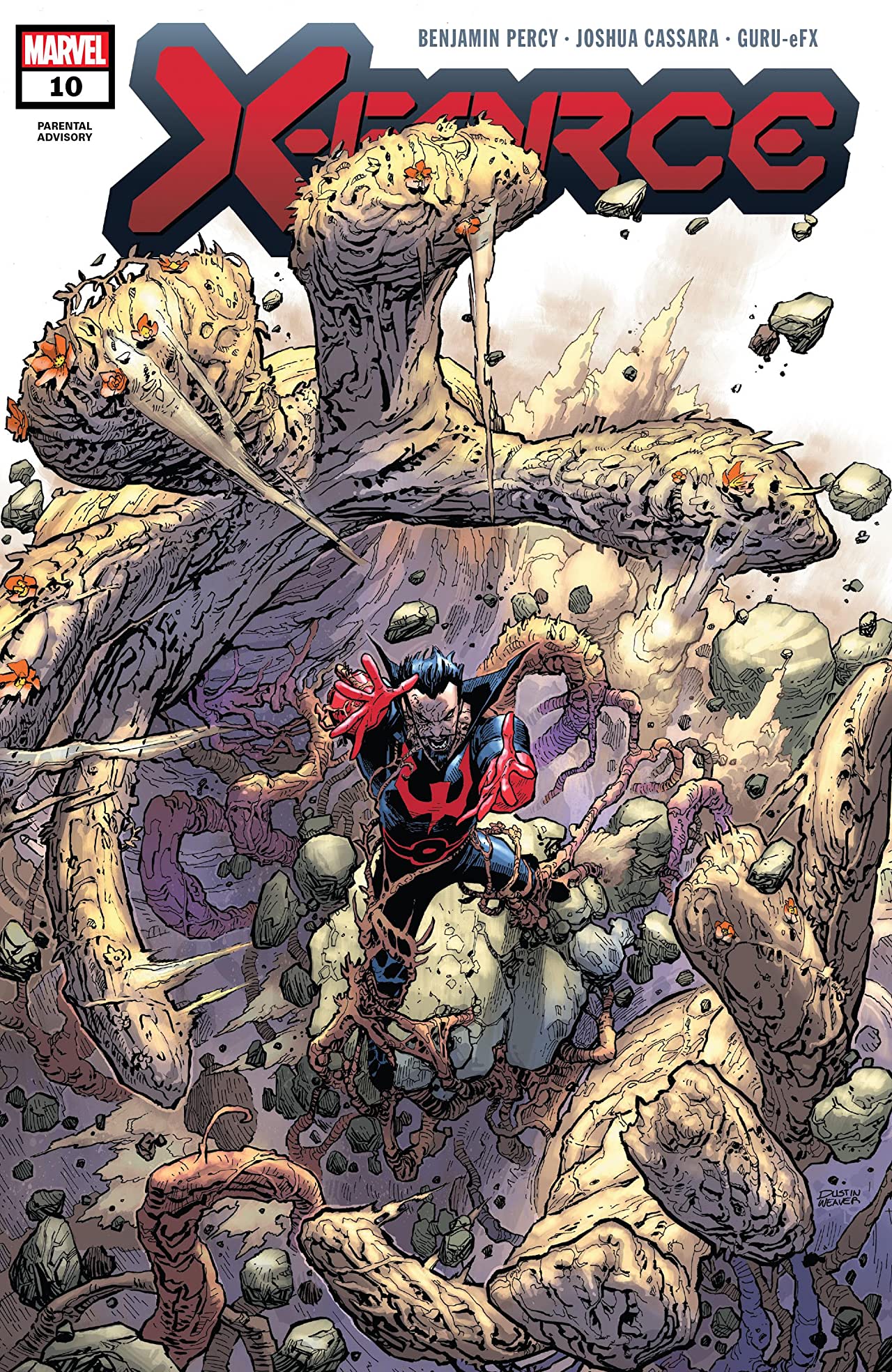 One thing is clear. X-Force is one of the best Dawn of X books on the shelves. The team has always been about protecting mutants by any means necessary. Now, in the new era of X-Men, the black ops group plays an important role in keeping the status quo. That “by any means necessary” attitude means a whole lot more when it comes to protecting the future of Krakoa.

A few issues back, I noted how Benjamin Percy was great at finding a way to make the stakes feel high despite the X-Men’s newfound immortality. X-Force is a lot like the X-Men’s own version of the Suicide Squad, with the danger being very real and extremely deadly. This week’s issue feels like Percy’s focus has shifted to the degrading morality that comes with being on the team, as well as the consequences of doing anything to protect Krakoa.

We pick back up where Beast sent Wolverine, Domino, and Quentin Quire on a secret mission to clean up his mess in Terra Verde. I will tell you that plants have never looked as terrifying as Joshua Cassara makes them out to be, even in all their beauty. Cassara’s artwork gives us some solid imagery, which can essentially be summed up as the horror of the living plants in the Aztec temple. I would love to see what this man can do with a few fatalities.

Two of the most interesting members of this iteration of X-Force are Beast and Jean. Unlike most of the other members of the team, the two have always seemed out of place with the nature of the work that needs to be done. That’s always felt purposeful and in this issue, it comes to a head as we see how being on the team has affected the two of them. The confrontation being Hank and Jean is a big one, built up over the past 10 issues. It’s only fitting that the two moral cores of the group would be affected so greatly.

It’s really an interesting contrast that Percy depicts. One side of X-Force deals with how much pain and suffering they are willing to go through for the mission, meanwhile, the other half try to stay morally afloat in the hard decisions they have to make. Krakoa and the X-nation is only in its infancy, and as the threats become larger, I wonder how much is too much for the team to handle.