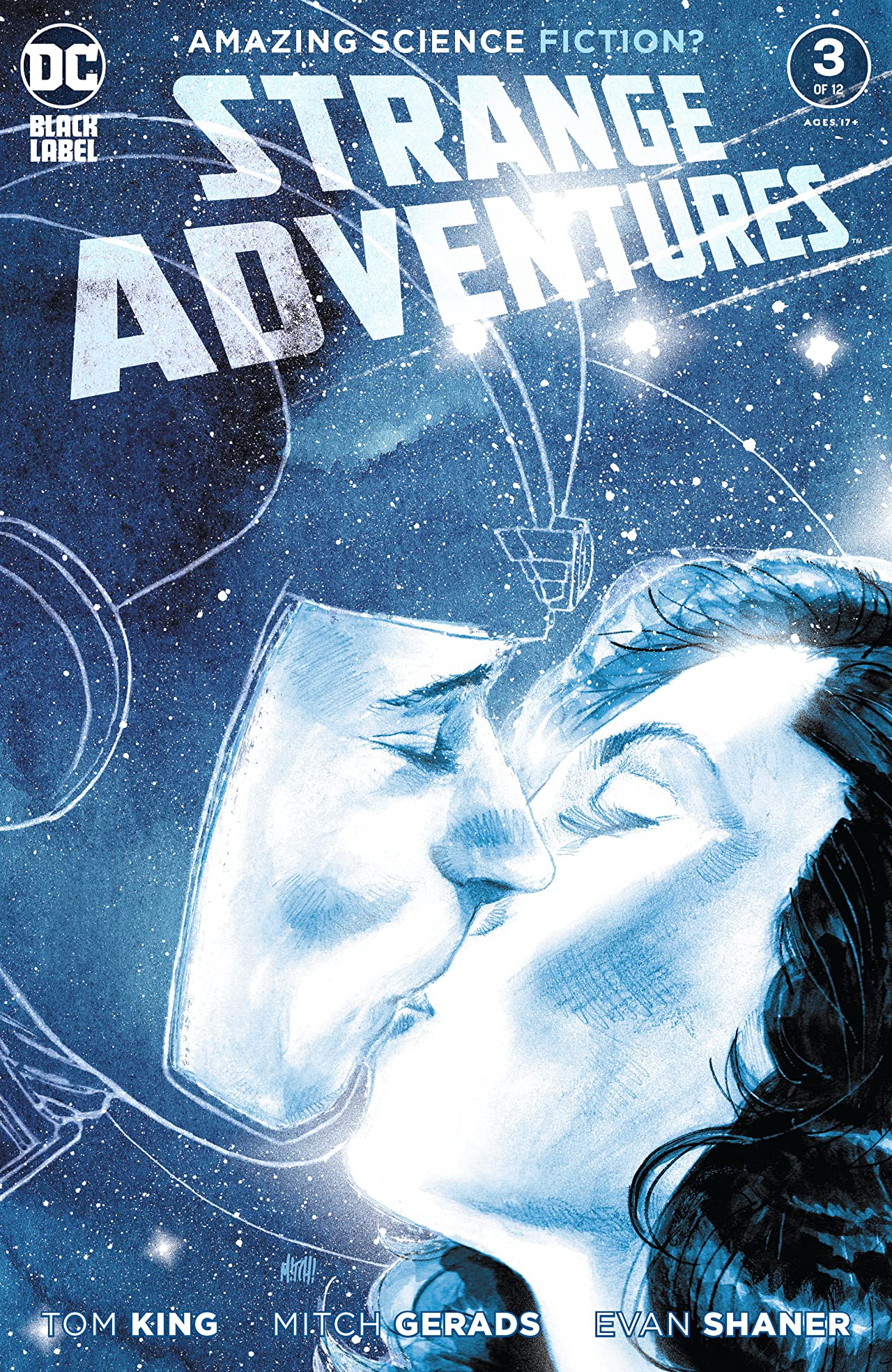 The caucasity is strong! Strange Adventures #3 came out this week, and Tom King is trigger happy. Last issue followed Mr. Terrific, who has been tasked with investigating Adam Strange and the space war he was a part of. I didn’t know much about the character but watching him spar and dive into freezing water while answering trivia questions from his T-Spheres was enough for me to be totally rooting for him. Now, Tom King is threatening that love he created in my heart. Strange and his wife Allana do not like the line of questioning and go straight up Bob and Karen. They go to a lawyer to obstruct the investigation.

The strength in the book is Tom King’s subtlety. He expertly uses these microaggressions to illustrate these character’s “less than noble” intent. Adam Strange cries all the white tears as he laments to Superman that he suspects Mr. Terrific has an “agenda.” Allana uses his name, Terrific, with needling derision. And of course, we get a less subtle analog in the form of “MOX News” complaining that this American hero is being harassed. The most interesting part of this book, though, is the flashback to the war. Strange is locked in combat with Lizard Man from Soulcalibur. He and his wife are attempting to win the lizard people’s support for the war. Accompanying the battle is a sinister telling of the combat ritual by Allana. She recalls playing out the battle with friends and toys, using triggering words to describe the fighters “urban” and “savage.” This abstract picture King is painting is exactly what we’ve come to expect from him.

A pox on my house if I don’t mention Gerard’s artwork. He easily has one of the most distinguishable styles in comics today. The panel where the ritual combat ends is intense in Strange’s expression and the pages color. As if I needed to tell you to pick up a King/ Gerards book, this title is worth the read.

9 “Uncomfortable Hawkmen” out of 10