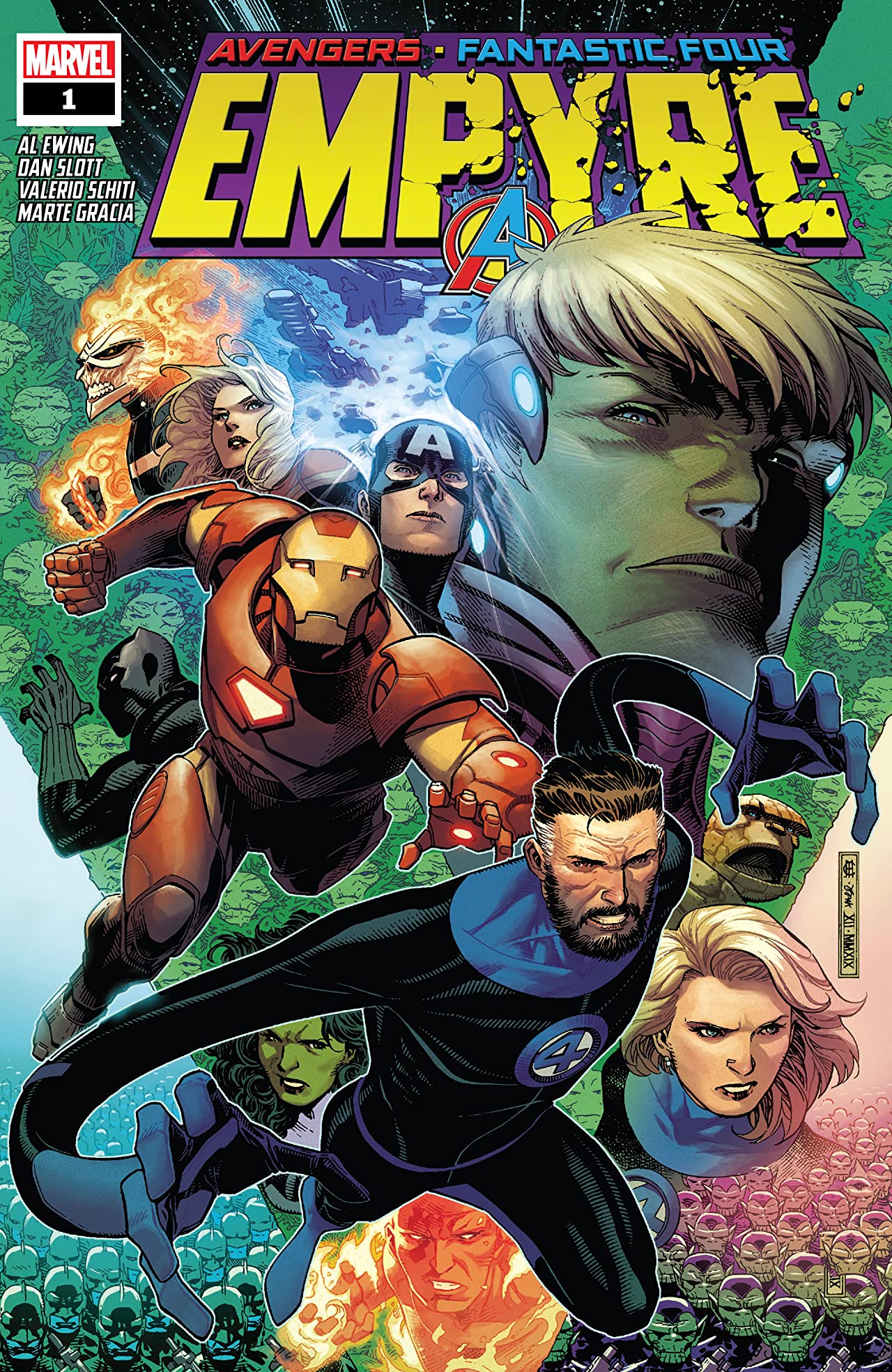 Honestly, when it comes to these large universe spanning comic events, if you’ve read enough of them like I have, you try to keep an open mind but can’t help but groan with a small bit of cynicism. How long is this going to go on? How many different titles am I going to have to buy to keep up with what’s going on? These are stressful questions, depending on how hardcore a reader you are. Ultimately, I just want to feel justified in buying the next chapter in this epic saga and not conned into buying ten million tie-ins.

Fortunately, Empyre doesn’t give me the impression (so far) that I’ve been taken to the cleaners. In fact, Al Ewing and Dan Slott team up to invoke a lot of the earnest yet ambitious scale of Bronze Age crossovers which is appropriate considering the plot sort of spins off from the Kree-Skrull War. The good news is that this long-time feud between the two galactic kingdoms has come to an end at long last. The bad news is that they’ve only squashed the beef to team up on another race that seems to be just minding its business in the blue area of the moon. Of course, this eventually leaves the Avengers and the Fantastic Four caught in the middle, seeking to keep Earth from becoming collateral damage. Ewing’s script doesn’t want you to waste too much time getting wrapped up in the details. There’s some setup, introduction to the characters you’re likely not familiar with, and then the book gets right down to business. And by “business,” I mostly mean violence. There’s tons of high level superheroing crammed into this book and much of it benefits from Valerio Schiti’s gorgeous artwork. The color palette feels very diverse despite being particularly dark. I mean….you can’t have Thor in your comic and not have some big time hammer slinging. And the twist ending splash is absolutely haunting.

Bottom Line: Beautiful pencils, good old-fashioned ass kicking and a terrific twist ending…this book is off to a great start. This is crossover events done right.

9 Clobbering Times out of 10