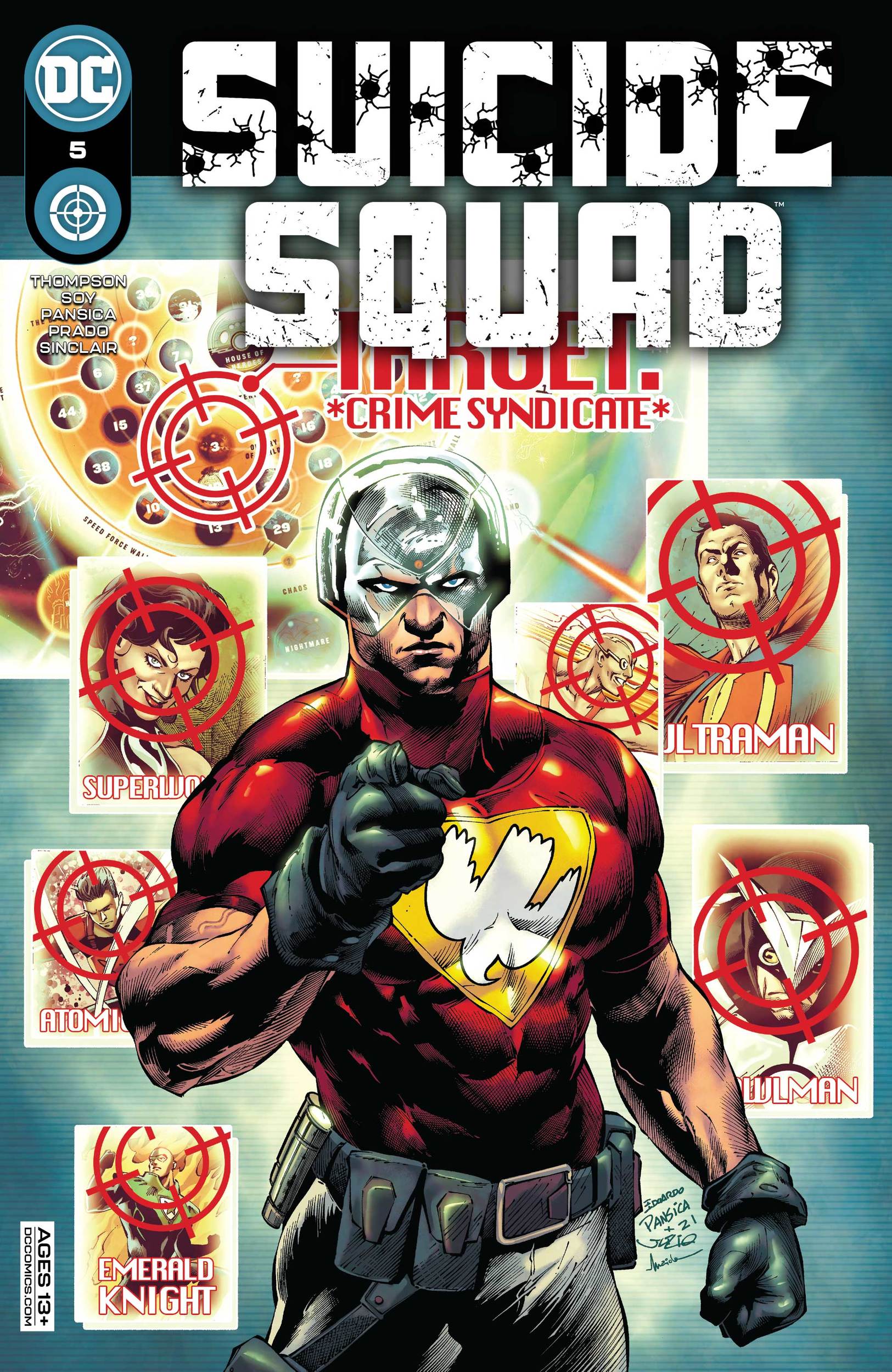 Suicide Squad is becoming a book that explores all the villains of the DC universe. After typing that, it seems like it should be obvious but hear me out.

Yes, Suicide Squad showcases some of DC’s most dastardly villains on a team of deviants who go out and do bad things. But as a book, from a month to month basis, their adversaries are also some pretty bad people or at the very least are morally ambiguous, and this book seems to be a platform or springboard to showcase these big bads as they traverse through other books and stories.

In short, it’s like they’re having mini crossovers without the nagging feeling that you’re missing out on something. And I like that.

This issue is dealing with the fallout of Red X’s escape last issue. The Squad kidnapped him from Titans Tower over in the Teen Titans Academy book, and Waller had hoped to harness his skill set for her ever-hidden motives, but my dude proved too slippery and got away. That caused Belle Reve to go into lockdown, as well as forcing the Suicide Squad to be confined to their quarters.

Suicide Squad #5 primarily focuses on Bloodsport, a dude who loves weapons and war in theory, but when it comes time to actually participate… not so much. At least until his brother dies in combat and he swears to avenge his death by killing even more people. You know, a true psychopath origin story. Bloodsport also has the ability to summon weapons to his person at will, a very convenient ability to have when you like guns.

This guy is Waller’s multiverse reconnaissance dude who traverses alternate Earths in search of potential people for Waller to exploit for Task Force X. Kind of an ingenious idea actually, if not entirely crazy.

For most of Suicide Squad #5, Bloodsport is on Earth 3 trying to kidnap Black Siren, their version of Black Canary. He almost gets away with it until Ultraman (Earth 3 Superman) catches him.

Now, Ultraman wants to find out where Bloodsport comes from and who Waller is. That’s probably not a good thing, and there’s probably a lot of explosions coming to Belle Reve in the next issue.

Aside from the story, I liked learning a bit about Bloodsport as he’s going to be a major character in the new Suicide Squad movie. I’m not ashamed to say I’d never heard of him before seeing the trailer, but now I can go in with a base level of knowledge. It definitely seemed like Thompson made an effort to give us a little backstory to help bring the character out of obscurity. I’m also pretty sure his entire existence in this book is informed by the fact that he’s about to be in a movie. I know how capitalism works.

8 Kryptonite Guns out of 10