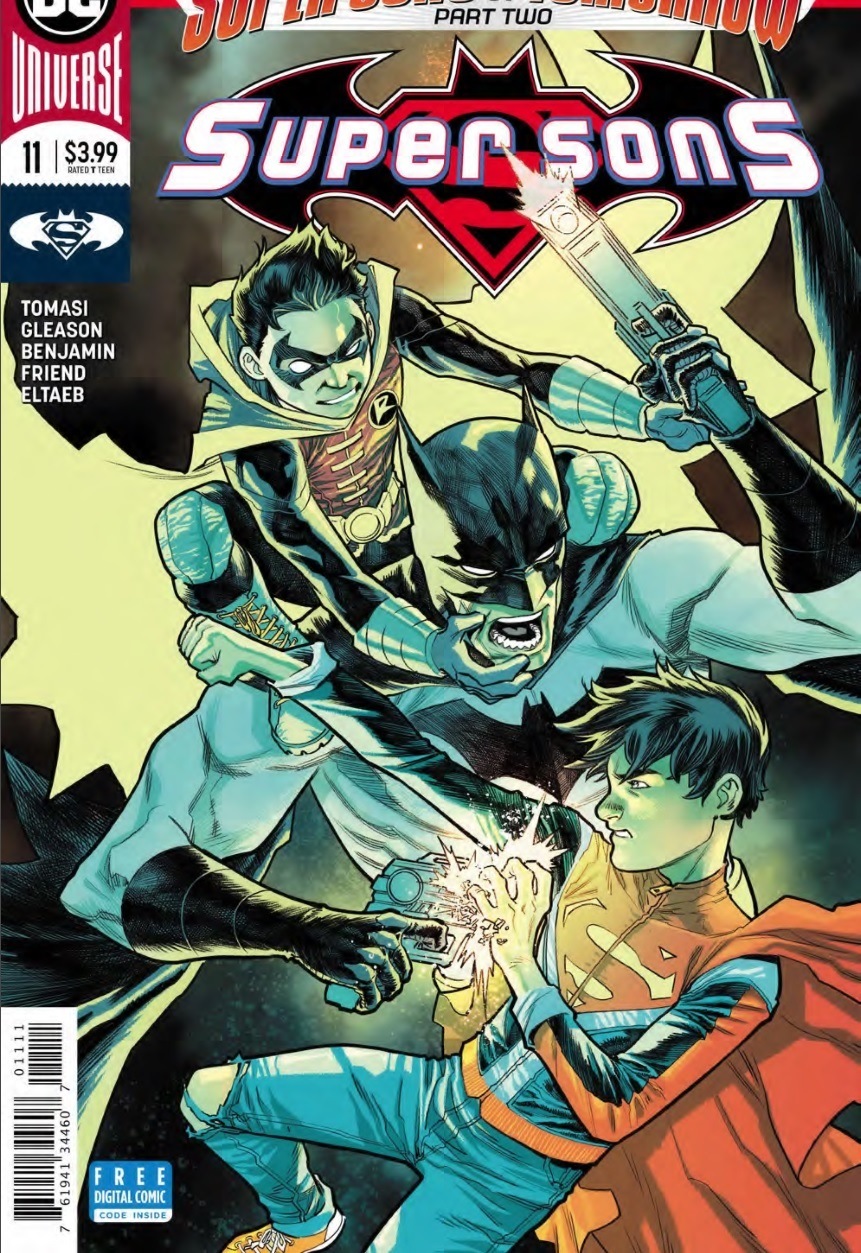 ***Minor Spoilers for Superman #36, also out this week.***
Super Sons has been a series largely defined by the joy of self-discovery and growing up. Jonathan Kent and Damien Wayne are very much their fathers’ sons, but they are also young and on their own adventures to discover who they are beyond the powers/training they inherited and the multitude of legacies they represent. Time and time again, they have risen to the challenge together, albeit reluctantly, and the current Super Son of Tomorrow crossover event promises to be their biggest one yet. The escalation is predictable, but it is no less fun.

Super Sons #10: One Fine Day hinted at the Batman of Tomorrow’s quest, and the issue wastes no time showing Tim Drake in Metropolis already taking steps to complete his mission of finding Jonathan Kent. 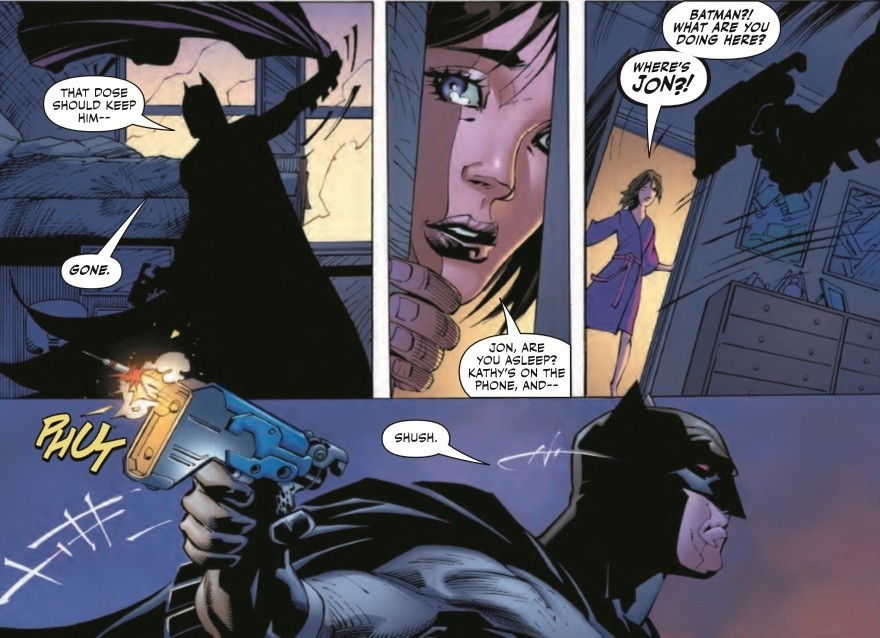 His red eyes and use of a modified hand cannon make you question how bad things could have possibly gotten that Tim Drake is willing to go this far to fulfill his primary objective. Jon and Damien haven’t faced any antagonist of this caliber before, and it gets you excited for what’s to come.

After Tim Drake’s introduction, we get to see what the Super Sons and Teen Titans are up to. Benjamin, Friend and Eltaeb (penciler, inker, and colorist respectively) have a ton of fun with the action, sequences, the comedic beats, and dramatic moments. Their art really sells how powerful Superboy has become since the start of Rebirth, and also pairs perfectly with the banter of the rest of the Teen Titans. Tomasi and Gleason create a fantastic back and forth that keeps the issue moving briskly.

As the action continues rising, it’s become apparent this is a very ambitious story. The final page of the issue adds an entirely new foil to the already packed story, welding together multiple arcs from multiple titles. It’s a little darker, it’s a little denser, but it’s fascinating nonetheless.