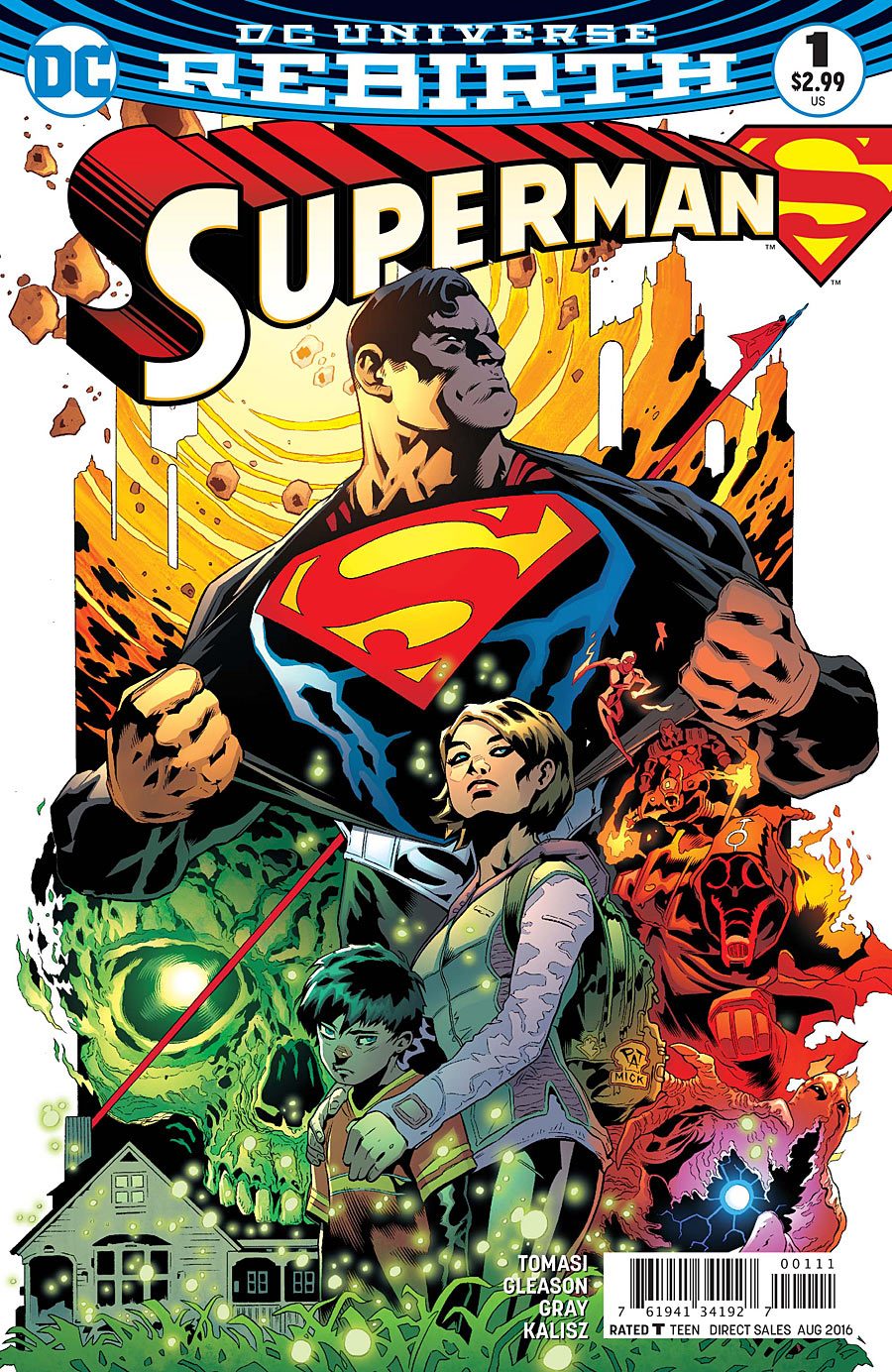 “On a scale of Young Justice to All Star, what would you rate this?” I asked at the comic store register, hesitating with the issue in hand. I hadn’t originally planned on picking up this comic but the conversation had turned into suggesting I add it to the pile. “Animated Series,” he replied. And lo, Superman #1 came into my possession. 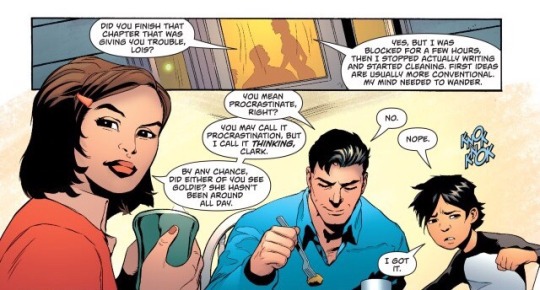 Superman, unlike his superhero foil Batman, is one of those fun characters that can instantly uplift or destroy your entire comic from the first page depending upon the hands guiding his story. This particular comic begins with a boost by setting the Man of Steel squarely in the position of fatherhood, a place I think suits Clark naturally but is often hard to communicate when he’s among his peers. I like a Superman who gets to focus on his family on Kent farm rather than practically tearing himself apart to save everyone on Earth at all times because it feels more natural to our Midwest-raised country-boy-at-heart.

And what a family! Tomasi does a great job of showcasing how Clark and Lois work as a parenting team, with Clark as the lenient protector and Lois as the the sharply intuitive, no nonsense mother, yet never letting family life dull their romantic spark which has so often been the nightmare of comic book creators. Jon, Lois and Clark’s son, also is portrayed as a convincing mix of the two, retaining his father’s compassion and sense of duty while also displaying his mother’s knack for sleuthing at perhaps the wrong times. 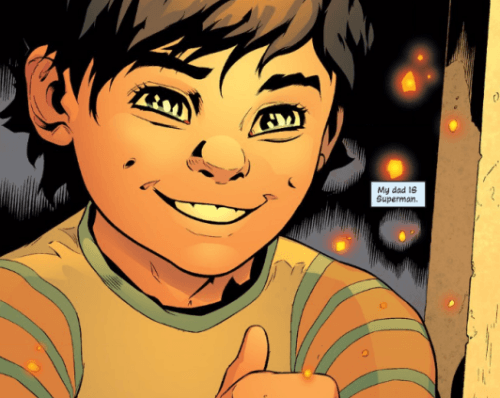 I wasn’t sure about the artistic style in the first few pages but it’s grew on me by the end of the book; sort of a very cutesy Gothic style reminiscent of Ted Naifeh’s Courtney Crumrin series. I particularly enjoy the highly emotive facial expressions, from Jon’s eyes wide with wonder to Lois’ sly knowing grin. The angles really give us a feel for Jon’s world and the perspective he has living with a superpowered father and struggling to live up to that image. While the panels tend toward the comfortable and domestic for the most part, when they need to be heroic and grand or dark and foreboding, the comic has no trouble delivering the right tone.

I’m definitely interested in picking up the next issue, especially with Jon’s fate hanging in the balance of our final page. This comic does superheroes the justice they deserve while also giving us a glimpse into lifestyle we don’t typically see highlighted: a stable family. I’m excited to see Jon help us discover more of this universe with the innocence of a child and help us invoke our own sense of awe at these characters again.