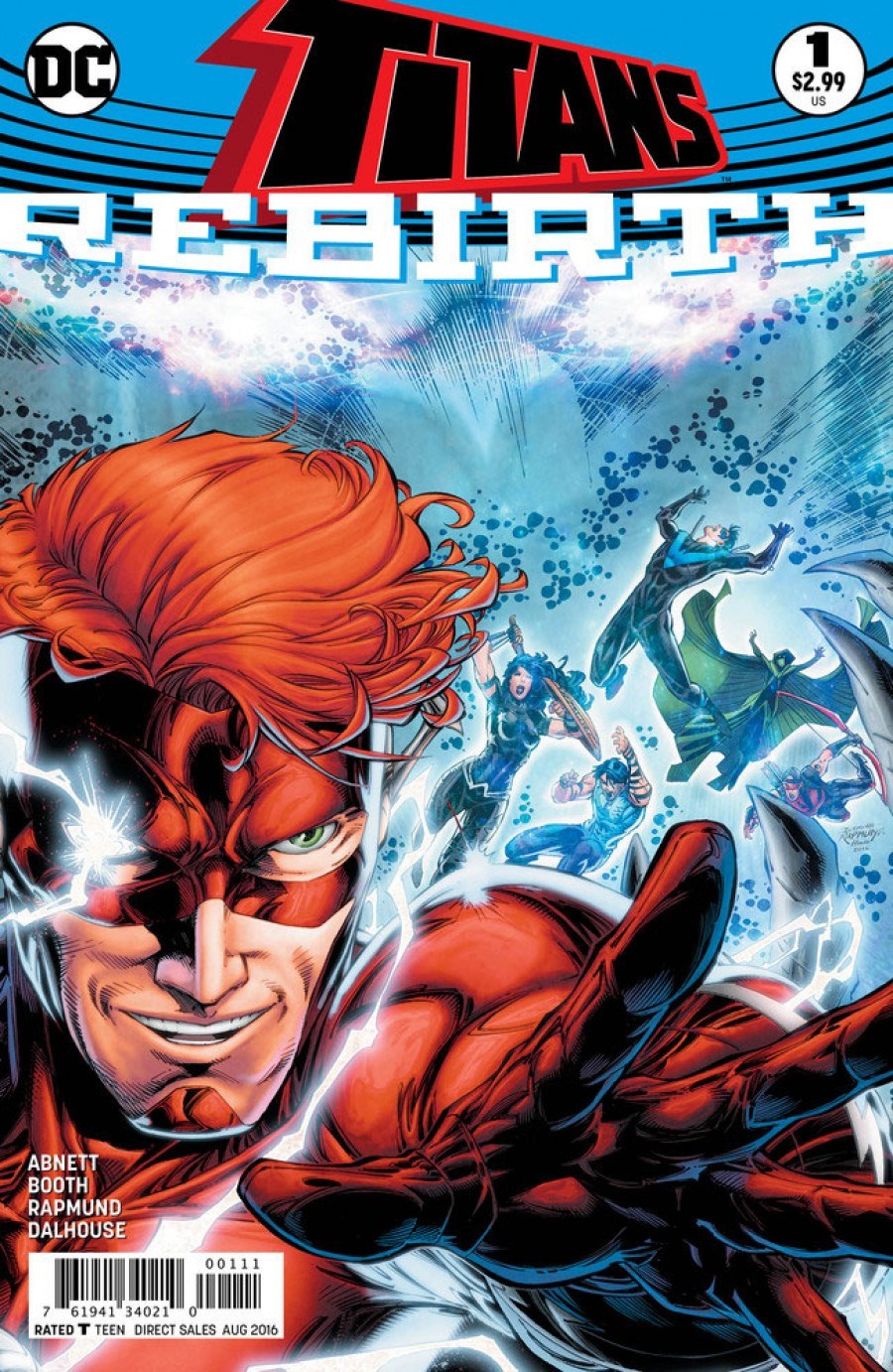 The funny thing about naming your series after a race of ancient gods is that, regardless if you merely inherited the title or not, the word “Titans” is always going to make your audience anticipate something greater than humanly imaginable. So perhaps it’s not the creators’ fault if they’re at a disadvantage starting out and this comic feels a little less like witnessing the grandeur of divinity and more like, oh, I don’t know… Prometheus having his liver pecked out repeatedly by a vicious eagle. 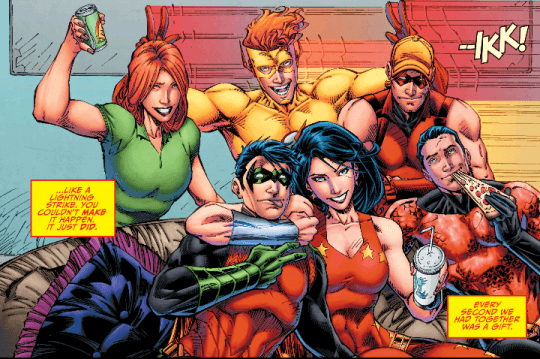 Let’s start with the story. Having originally disappeared from post-Flashpoint reality, Wally West finds himself a ghost drifting in the present world seeking the only people whose bond is strong enough to remember him: his friends. Now, having not read Titans Hunt I know that I’m missing some key storyline but even for a first issue the narration does a lot of telling rather than showing, almost to its detriment. To me, if you’re going to describe each Titan in turn then it defeats the purpose of having flashbacks to fill in who each character is. I would have much preferred to see one solid flashback parallel with the present, so that we can see how each character’s relationships to each other has changed in addition to their relationship with Wally (after all, this isn’t Wally West: Rebirth). Getting a sense of the setting also doesn’t happen until about halfway through, and by the end of the comic I still have no idea why or how Wally got into the Titans’ apartment — or really whose apartment this even is. 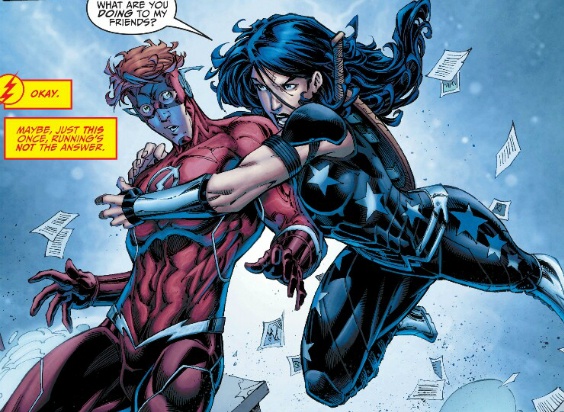 Unfortunately, if the artwork is supposed to be the medium through which comics come alive, then this issue makes me reconsider whether this story should have a visual component. You know how it feels when someone tells a dad joke at the most uncomfortable moment? That’s how Brett Booth’s artwork looks to me. It’s not awful, but Bast there’s just something about the way the bodies and faces are drawn that just feels… off. Also, without strong backgrounds to ground the audience in a sense of place, the panels tend to come across as crammed with flailing movements rather than deliberate action driving the narrative forward. I mean, honestly, how many times can one lunge or crouch per page before we find some natural poses?

I’ll be honest, I was really looking forward to see Donna Troy finally resume her place in DC Comics’ lore, but this hardly seems like the best way to make that happen. This issue just doesn’t do a great job of making me care for any of these characters, their relationships, or their memories. In terms of adding to my pull list permanently, I’d have to say I’m leaning towards a hard pass with the vague possibility of checking in down the road. Not the comic for me.

7 Unnecessary Trucker Hats out of 10