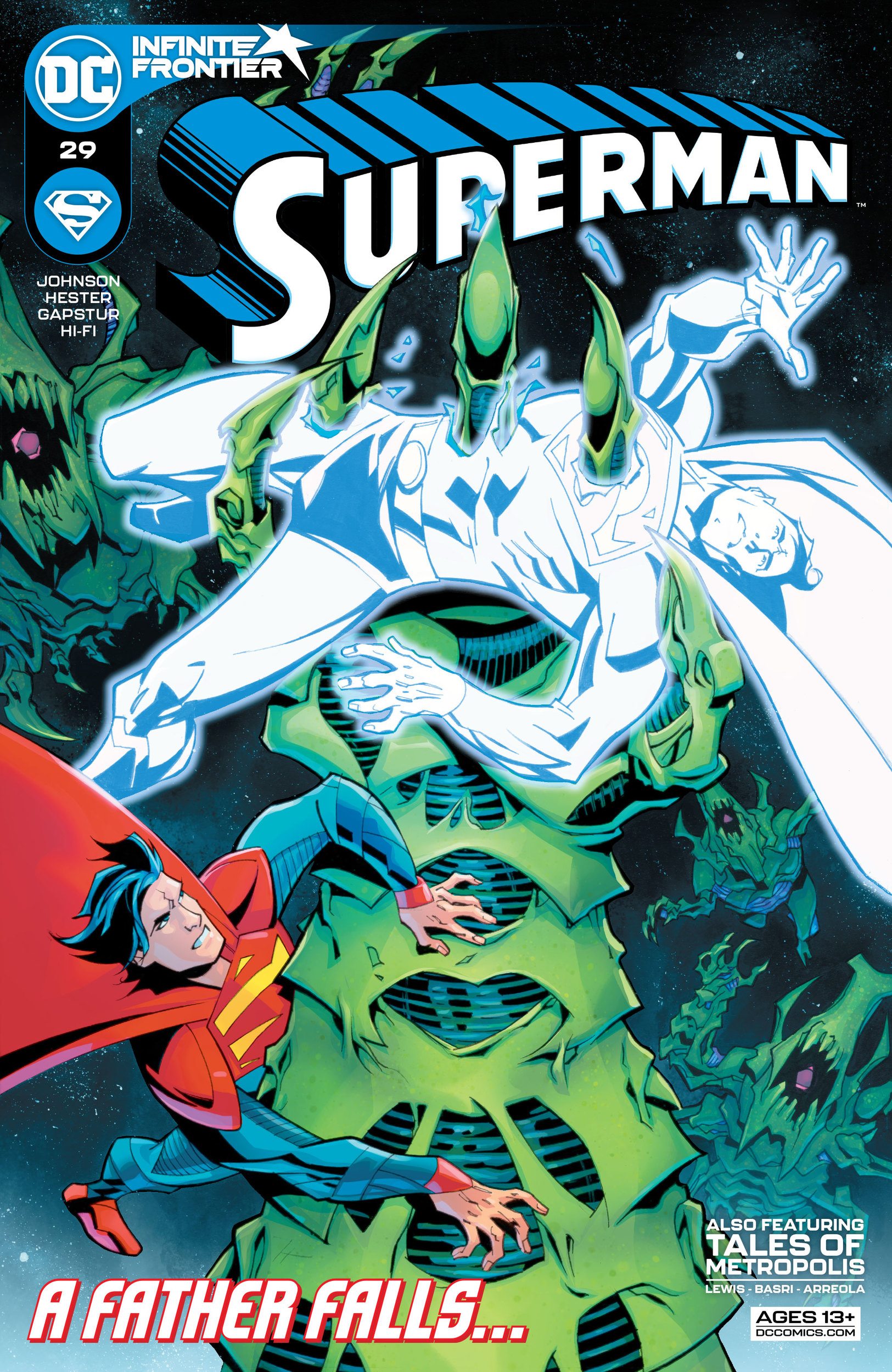 A new era in DC Comics is here, and it’s called Infinite Frontier. It’s a fresh beginning that is not retconning the past. In short, everything that’s happened before matters, even with a new direction on the horizon.

If you peeped it, this Superman book hasn’t started over at #1, even though it has a new creative team.

This first issue (#29) follows Superman and Jonathan Kent as they repeatedly fight monsters coming through a rift in the fabric of space. Truly, this story centers on the relationship between father and son.

Jonathan Kent is a young adult now, having spent time in the future with the Legion of Superheroes and returning to the time he left rather than the amount of time he aged. It’s been just as much of an adjustment for Jon as it is for his parents. But for better or for worse, he’s a lot closer to being able to confidently wear that “S” on his chest than he’d like to admit.

The conflict in this issue revolves around Jonathan’s future knowledge of exactly how his father is going to die. That moment is tied directly to the aliens coming through the very rifts in space they’re facing in this issue. Because he spent so much time in the future, Jon learned what was common knowledge for anyone living in the 31st century. He doesn’t think he’s ready to take on the mantle, and more importantly, he doesn’t want to lose his dad.

Johnson writes this issue using a lot of silence, allowing Jonathan’s internal monologue to drive the story forward. It creates an interesting commentary on how difficult it is to be present when we know something bad is about to happen. Jon is about to lose his dad and he can’t seem to actually live in that moment.

I really, really like the art in this book. Lewis taps into a look and feel that is reminiscent of Superman: The Animated Series. It’s well stylized and allows Lewis to take liberties with making these characters stand out in a way they haven’t in previous books.

In a short secondary story at the end of the issue, we get Tales From Metropolis, where Jimmy Olsen heads out into the field to interview some of the more unique citizens of Metropolis. This first story follows DC Comics’ everyman, Bibbo Bibbowski. It’s a pleasant and organic view of a legendary city through eyes other than Superman’s.