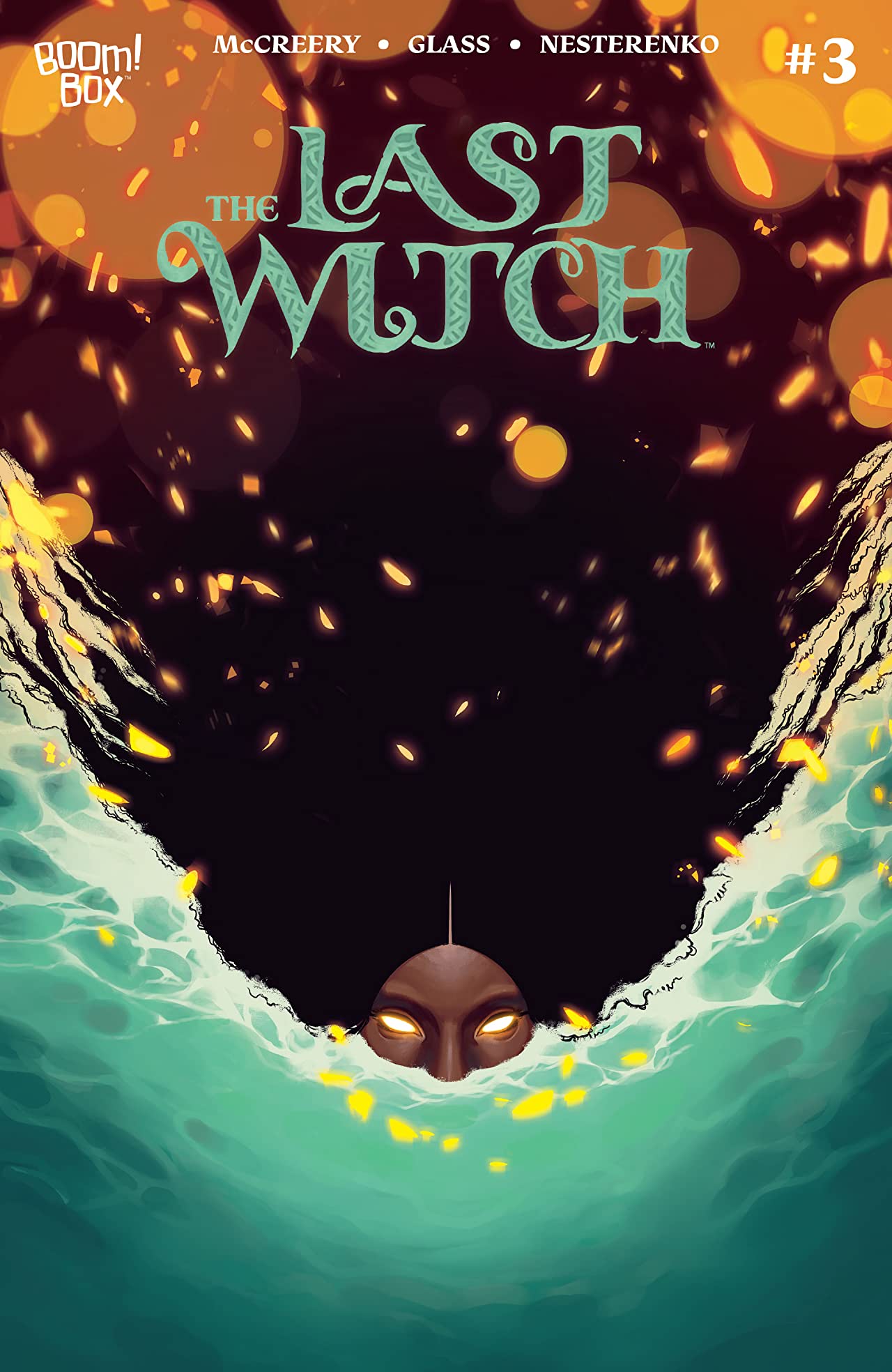 Saoirse wants all of the smoke this issue and, honestly, I’m here for it. One of the bedrocks of the fantasy genre is the elemental boss sequence, where the protagonists journeys to various locations to prove that they have the chops to deal with whatever magical trial and tribulations the world can throw at them, so that they too may grow. And McCreery very clearly understands why this trope exists and how it serves the narrative of progression, and because of that he is able to make a very simple, very clever pivot: Saoirse, the fire witch, has to confront the water witch at this particular juncture.

And Saoirse explains it beautifully within the confines of the story. It’s a perfectly reasonable deduction that breathes such wonderful life into the story. It’s not an entirely new concept, having a protagonist go up against a much more difficult antagonist than they may be actually ready for, but to have the protagonist do so as a strategic decision as part of a larger gambit to take out more of the witches later is, for lack of a better word, dope.

And then there’s the actual fight, that V.V. Glass illustrates beautifully. It is a cinematic clash that showcases the power and might of magic that has a heavy emotional weight because of the kinder, more human, realistic moments that precede it. We see Saoirse striving to be the best big sister for Brahm, and we see how much she cares for her little brother and the lengths she is willing to go to ensure that he has a place in the future. And then when we see what she’s capable of when that future is threatened, it is old-school awe-inspiring and terrifying in the best way.

The Last Witch just keeps getting better. It is an enthralling epic that slowly pokes and pries at the foundational of the coming-of-age fantasy story and manages to execute both the expected and unexpected flourish wonderfully. McCreery’s writing and Glass’s art are both emotionally charged and make me care about what happens with each of the characters within the panel and long after I’m done reading the issue. The Last Witch #3 manages to keep the momentum from the previous issue and catapults to an entirely another level of comic book, and I’m already ready for #4.

Enjoying The Last Witch? Check out BNP’s other reviews here.