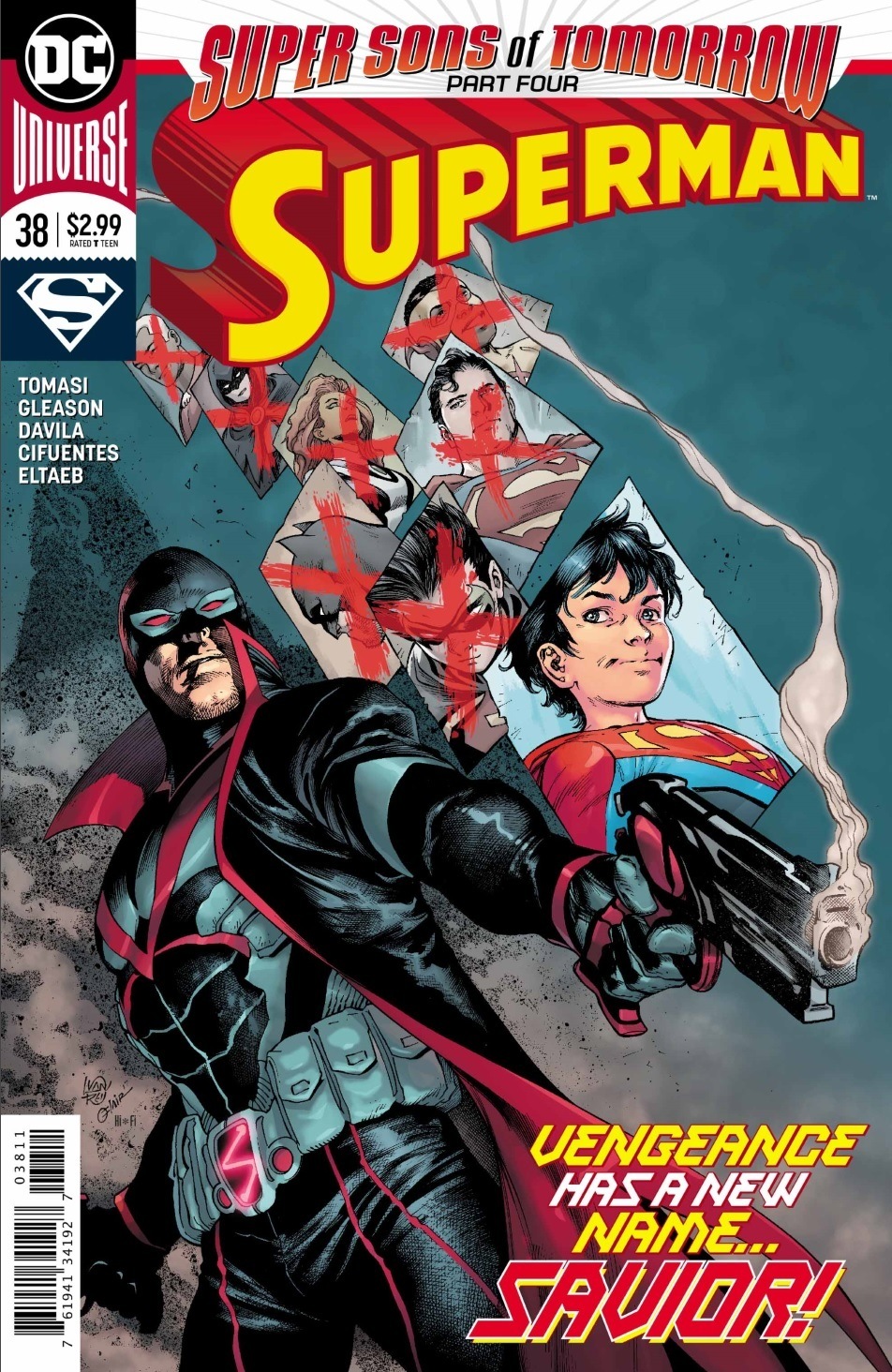 This Super Sons of Tomorrow crossover has been exhilarating as it has been unrelenting. Last week in Teen Titans #15, Tomasi and Gleason gleefully showed Tim Drake’s transformation from the Batman of Tomorrow to Savior, and his personal crusade against Jon Kent will likely be the highlight of your pull list’s this week.

The continuity lock out that existed in Superman #37 served its purpose in setting the stage, and unburdened by the buildup, everything escalates beautifully. The Teen Titans race against time to find the Supers Sons in their new Fortress of Attitude before Savior finds his way there. And when they breach the doors, Jon and Damian give one hell of a grand entrance. 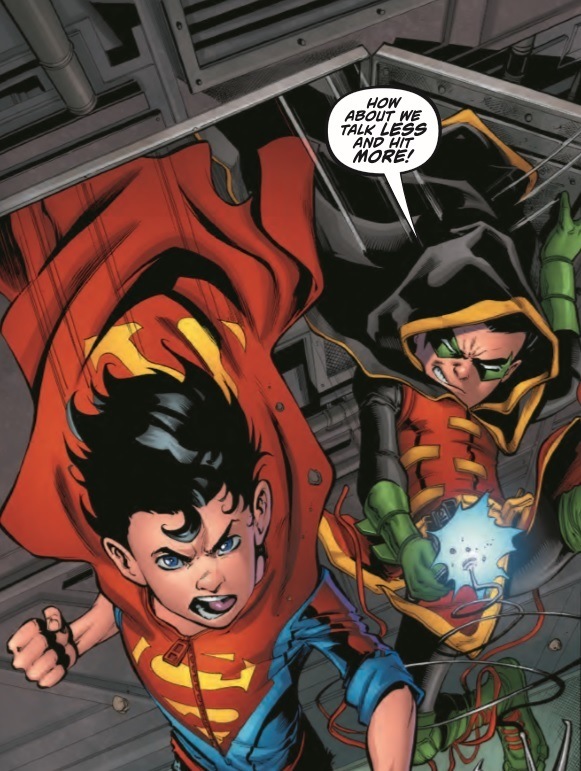 In an issue full of inter- and intra-team conflict and a timeline constantly in flux, Davila and Cifuentes really sell the emotive expressions of the increasingly large cast of characters. The tiniest details, whether the small curl of a smile, enlarged eyes, or gritted teeth, create a guttural reaction and you could still see what was happening in the story even if you removed the stellar dialog from Tomasi and Gleason.

The two writers need to be commended for creating one of the most believable young superhero dynamics I’ve ever had the pleasure of reading. Jon and Damian aren’t just Super Sons, they’re kids trying to make sense of the world and are brave enough to look past themselves and keep each other safe. They fight like brothers. They banter like the best of them. They remind you of that one childhood rival that became your dearest friend because they pushed you to the limit.

And counterpoint to that comradery and the comradery between the Teen Titans and Titans of Tomorrow, we have Tim Drake as Savior. That scrawled S on his belt a tantalizing question. He truly believes what he is doing is right and has such flare following through, he is one of the finest antagonist a miniseries could ask for.

The penultimate issue of the Super Sons of Tomorrow event weaves together all of the disparate elements that led up to it. Much like Tim Drake, it has evolved into something else entirely than what its start seemed to indicate and has this reviewer more hyped than ever for the finale.