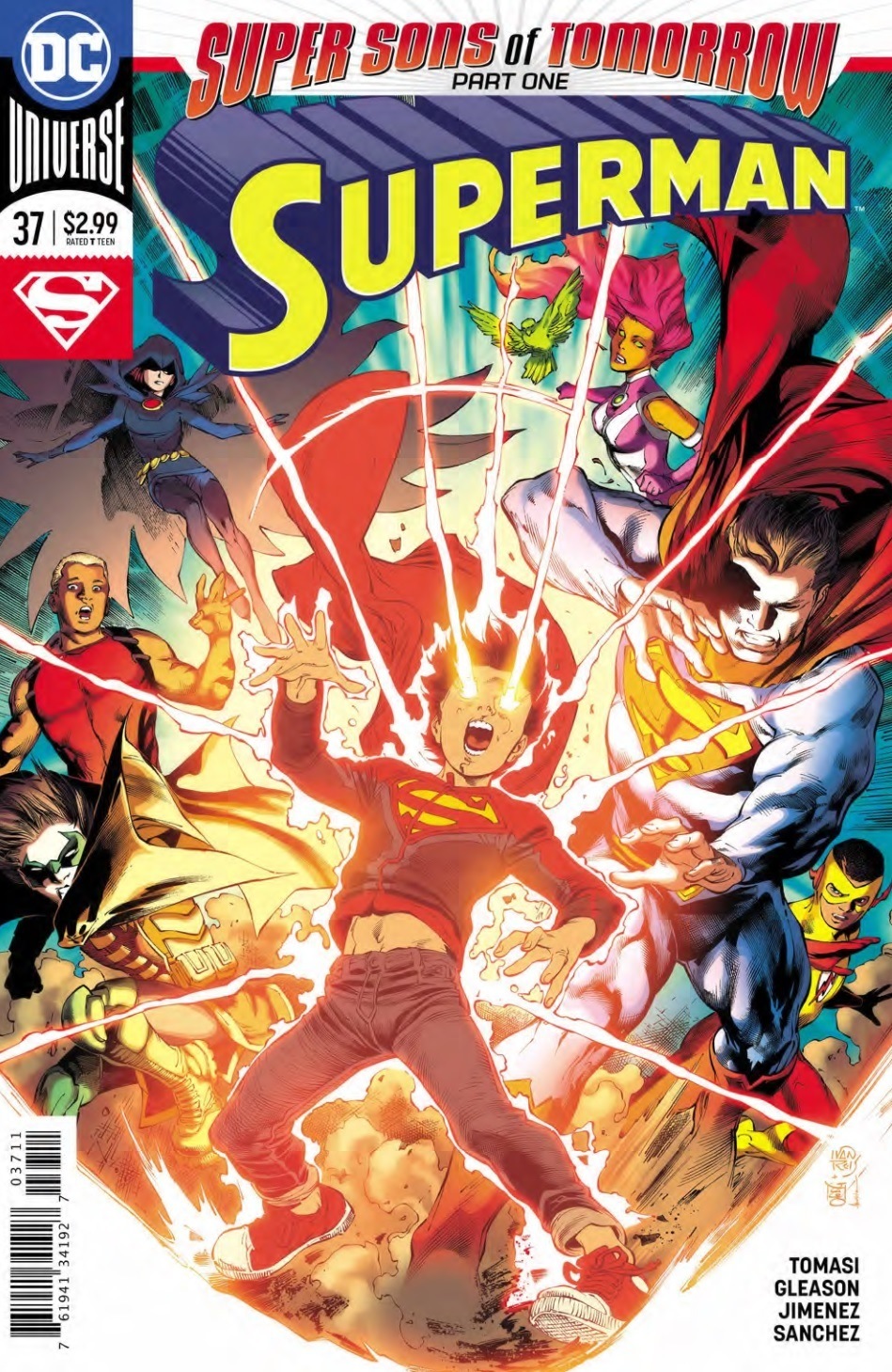 
***Spoilers for Action Comics: The Oz Effect and Detective Comics: A Lonely Place of Living Ahead***
If you’ve been keeping with Superman, Super Sons, Action Comics, and Detective Comics, you are going to be treated to a confluence of multiple plot points as they converge to the Super Sons of Tomorrow crossover event. If you haven’t, thankfully Tomasi and Gleason manage to get readers up to speed pretty quickly about the broad strokes of the last couple of arcs and you’ll have enough knowledge to appreciate all of the moving parts.

Tim Drake, the Batman of Tomorrow, has come back from a dark future to try and prevent it. The opening movement features a beautiful skirmish. The pacing is brisk. The exposition is fun and to the point. And we get some beautiful shots courtesy from Jimenez that help sell what’s at stake immediately. The Batman of Tomorrow is on a mission, and the Batman of Today is not having any of it. Some of their more poignant interaction can be lost if you’re not familiar with the current continuity, but the intensity is there just the same. 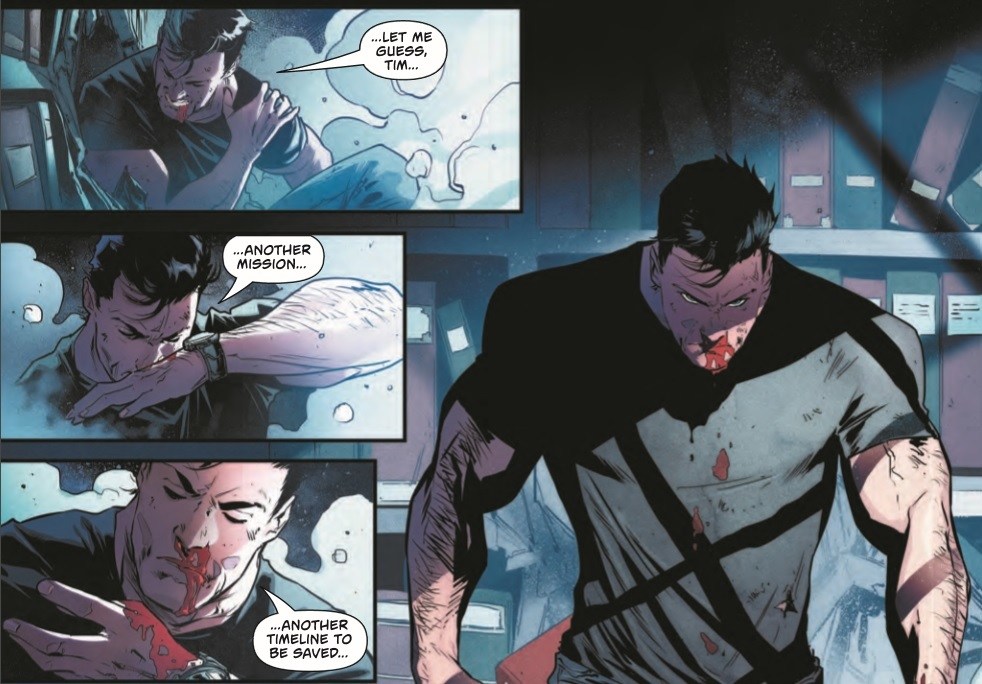 The second half of the issue shifts focus to Superman dealing with the aftermath of the Oz Effect and rolls directly into his scuffle with Tim Drake, who at the end of the issue reveals his endgame. Seeing the Batman of Tomorrow go against the Man of Steel is unlike anything I’ve seen in quite some time. I have to commend Tomasi and Gleason for continually finding ways to keep Superman’s humanity at the center stage. Superman is one of the most difficult characters in fiction to write, and Tomasi and Gleason have not let up in their endeavors to keep things interesting.

Time travel and alternate reality stories are difficult to follow. There’s a lot of bookkeeping involved, a lot of narrative jumps that need to be ordered and made, and you’re going to want your back issues near, along with some notes. But if you just want to jump aboard and see what happens, you’re in good hands and company.