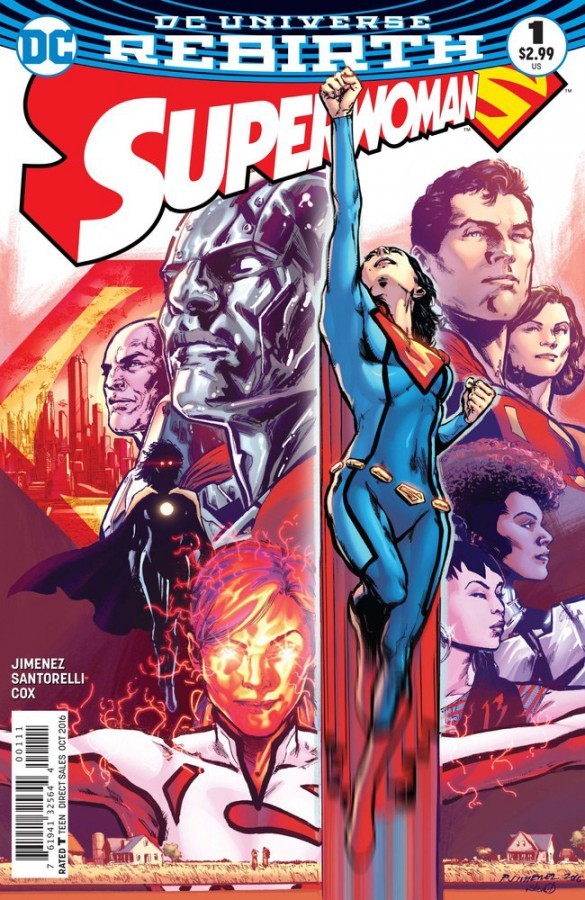 We start off as all Superman, Supergirl and Superwoman comics should start off.. In Smallville, Kansas. This was an important connecting piece for me. I knew I was in for some insanity when it came to this storyline, but I needed something familiar to piqued interest, so I was pleased to see the farm town that raised His wholesomeness be include right off the bat.

This Superwoman run was introduced to me as Lois Lane taking up the cape but what we got was a hell of a lot more than I ever expected. Supes is gone following the Doomsday attack and in his wake, a new hero has stepped in to take his place, to the disappointment of many Metropolis citizens. The age-old rival, Lex Luther, feeling indebted to his city develops his own Supersuit and begins to masquerade around as the new Superman. But isn’t this comic called Superwoman? Oh, Phil Jimenez doesn’t disappointing on that end. 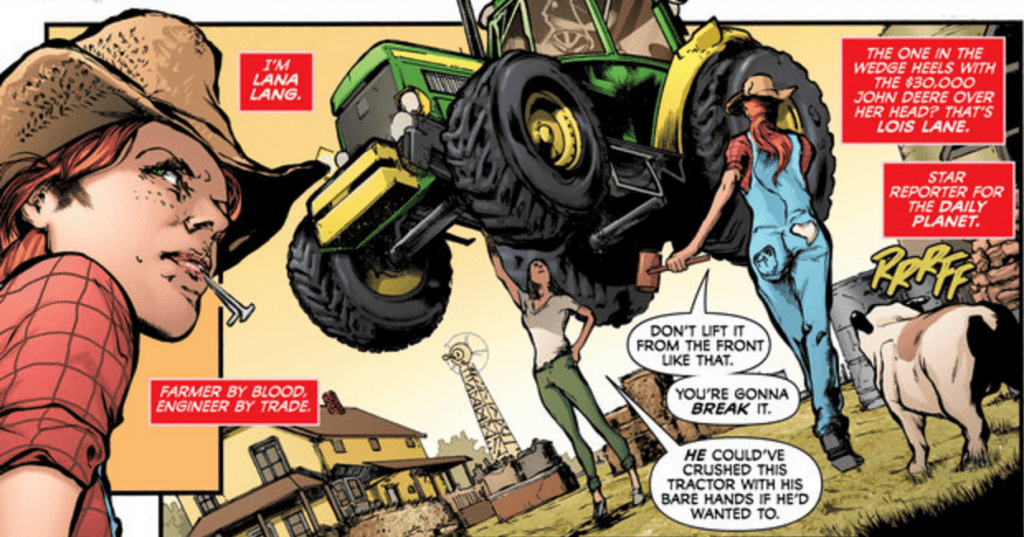 When trouble comes a runnin’ we find out who the real hero is, in this city. During one of Luther’s technology unveiling, an enemy strikes and Lex is immediately subdued. Things are looking grim until Superwoman, who has been doing her best to keep her city safe since Clark’s death, shows up on the scene. Many people are saved but it isn’t enough. It takes the surprise entry of another hero to stop thousands of casualties. But the madness doesn’t stop there. The enemy is still on the loose, so our two heroes of the day decide to put an end to this evildoer. Unfortunately, they were not expecting such strength from this unknown enemy and by the end of the very first issue we have a major death on our hands.

What the issue does well is use the absence of Clark Kent and Superman to their advantage. Lois and Lana Lang have an amazing dynamic and Phil Jimenez does an excellent job using Lana’s country roots to contrast Lois’ chic $30,000 high heeled attitude. The belittling of Lex in his new role plants so many potential seeds that I could see him going the evil or savior route.

The issue does a lot to set up this Superwoman run, but also goes a tad too far into the realm of indulgence. I can get down with a lot being thrown at me, but the panels felt a bit crowded in my opinion. The saving grace for me was the actual art on the panels. Jimenez, Santorelli and Cox really did wonders with their illustration of the heroes in this issue. They did a great job highlighting how Superwoman gained her abilities and brought to life the powers that each hero possesses with impressive vibrancy. All of this gave me hope that this was a comic reviewing decision that I will be happy I made.

Next issue we find out: Who killed Superwoman?