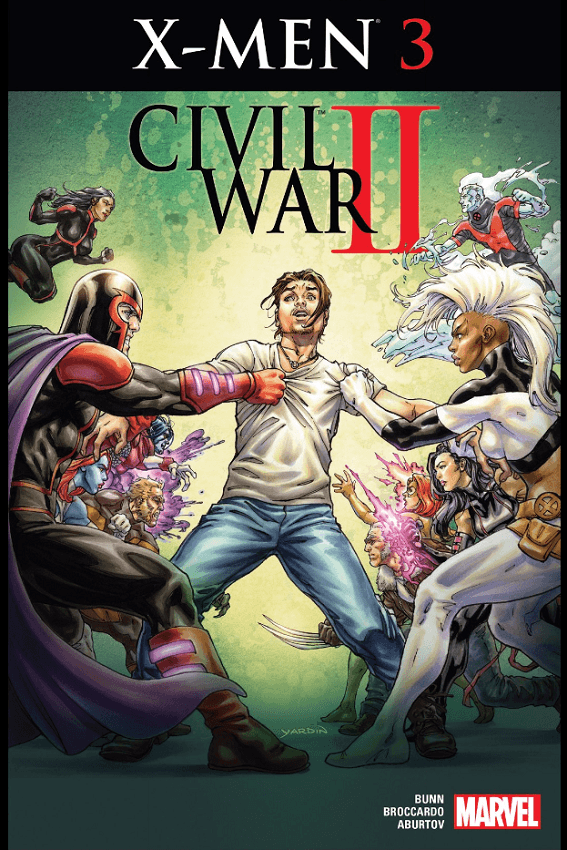 This being a Civil War spin-off and following suit, it did seem to take us 75% of the way through the book to get some actual Civil War between the heroes. This isn’t a bad issue per se, it’s just that it follows some predictable beats on its way to a pretty easy to map conclusion in it’s penultimate issue. The teams are firmly set now with a few questionable people lining up on each side (which has to happen to make it interesting). However, the confrontation between the mutant squads is pretty short-lived and not particularly memorable. What could have been a saving grace for this issue, the Storm and Medusa conversation, it still falls short of being a worthy focal point. Previous issues in this series have sold Magneto’s side better than what’s on display here. Again, this probably sounds pretty negative and its not a terrible issue, its just not terribly interesting. It does set up the final confrontation of sorts, but did leave it wide open enough where its difficult to see where it will end up. 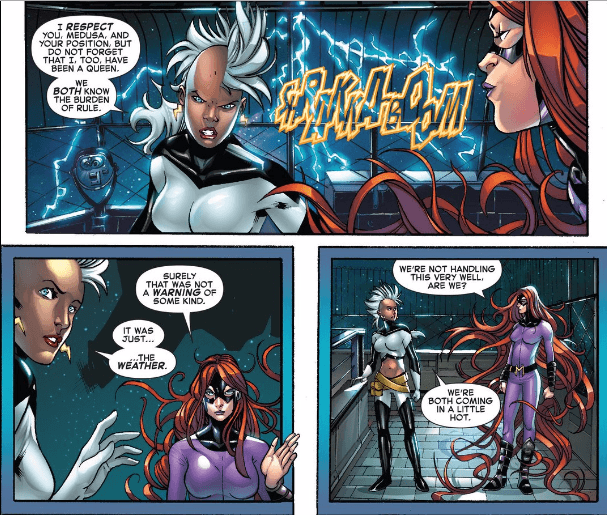 The art as well, is a mixed bag. Most of the character models look good and there’s good work done on the background as well, but the faces and close-ups are sometimes inconsistent. The battle scenes (short as they are), look good and do keep you engaged for a short while, but overall it doesn’t rescue the mundane tone of the book.

In the penultimate book of this spin-off, the war part actually happens, somewhat and we move closer to Magneto’s endgame. Sadly, with just a few highlights, nothing particularly stands out for this book.