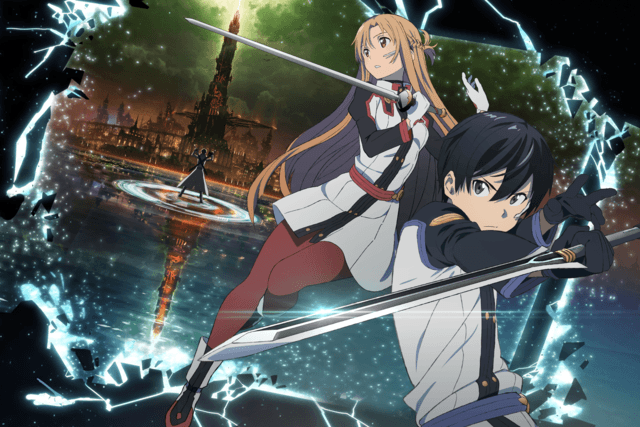 It’s the return of the gamers—and dangerous, killer tech—in Sword Art Online the Movie: Ordinal Scale, which will definitely please fans of the SAO anime series. The movie, which premiered in Japan last month and had its U.S. premiere last week, takes place after the events of the series and finds Kirito and Asuna once again having to kick ass and take names, this time in the real world as well as the virtual.

When the movie opens, virtual reality (VR), and in particular, “deep-diving” into virtual reality worlds like Aincrad, is on the decline. Instead, the hottest new trend is augmented reality (AR): You put on a sleek, little headset as you go about your everyday life, and it incorporates interactive elements of virtual reality into real-life. So, basically, it’s an upgraded version of Pokémon Go. For some reason, because apparently, no one in SAO has learned their lesson about this creepy kind of magical tech, everyone, including our heroes at the SAO survivor school, get their hands on the newest AR device, Augma. It’s OK, though, guys, because Augma has corporate partners that give discount and sales incentives to AR users who win games and increase their rankings in the system. So that free soda coupon definitely makes this all a great idea—and by that I mean all of this is a horrible idea.

Anyway, in typical SAO fashion, our heroes soon discover that something is off with Augma. Powerful bosses from the world of the Sword Art Online game begin showing up in Ordinal Scale, Augma’s popular combat game where individuals can rapidly gain points and increase their rankings. Overseeing many of these battles is Yuna, a mysterious AI pop icon, and Eiji, the No. 2-ranking player with his own connections to Sword Art Online. Soon it becomes clear that previous players in the Sword Art Online universe are being targeted in Ordinal Scale, and once Asuna becomes the victim of the shady proceedings, Kirito has to fight his way to the top of the ranks and stop the evil plot from coming to fruition. 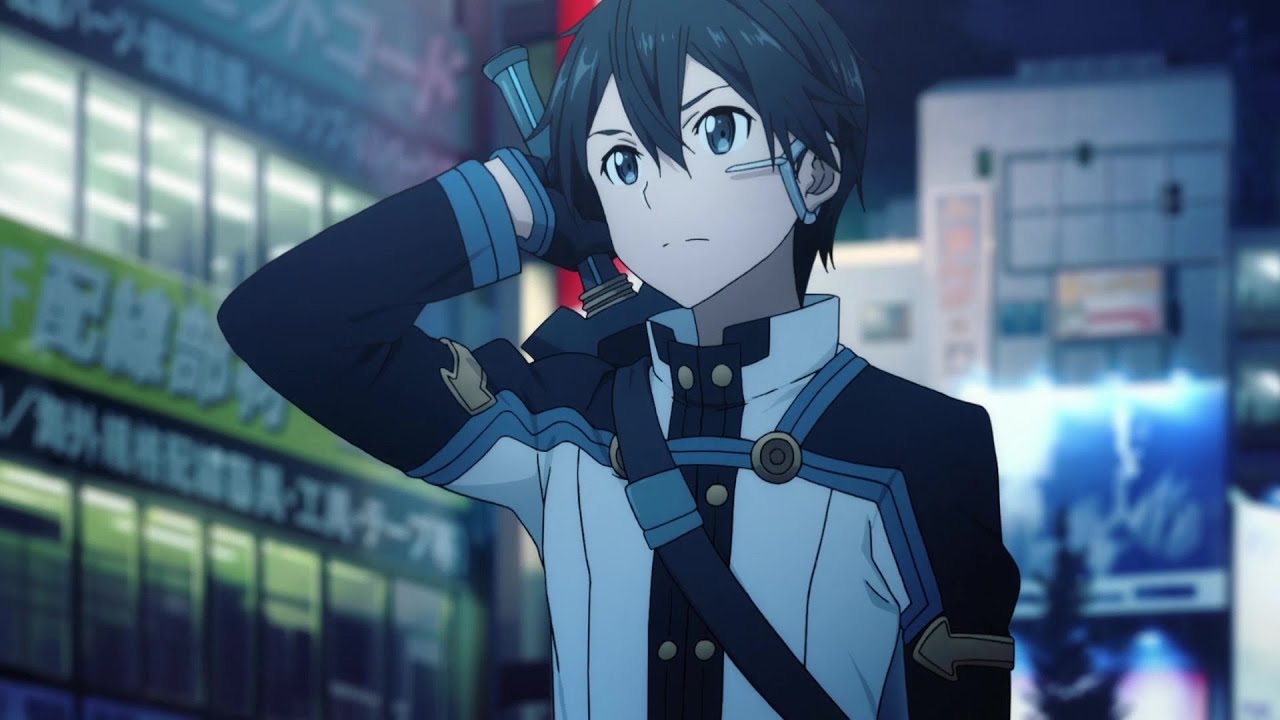 Sometimes anime movie sequels have a rough transition from the series to the big screen. Many times there are questions of continuity, as the movie might explore an alternative storyline or take place at some other point in the timeline of the series or even exist in its own bottled universe, a two-hour version of one of those cop-out “It was all a dream” episodes. If you’re a fan of the series, you don’t want that. You want to stick to the canon. Ordinal Scale does that. We’re back with the same characters, in the same story, right where we left off at the end of season two. Of course, a large part of season two was a mess, with multiple mini-arcs that felt stilted and out of place, but nevertheless, Ordinal Scale still takes that into account and moves beyond it (thank goodness).


[divider type=”space_thin”]
The elements of Ordinal Scale that work best are those that are rooted in themes first introduced in the series. Even though—to put it in the most reductive terms—it’s a show about video games, ironically, the most interesting parts of SAO aren’t the fight scenes (though those are great scenes), but the depictions of how people respond to life inside and outside of the game. More than a show about people powering up and beating bosses in a video game, SAO is a psychological and sociological study of how individuals and large groups of people react when their reality changes in a way that could be mentally destabilizing at best and fatal at worst. The way people react to being trapped in the game, the choices they make to either stay put and establish “lives” on the cleared levels or fight on their own or form teams to hunt bosses together—or even hunt other people for sport—those are all pages right out of a William Golding book (RIP Piggy). Ordinal Scale extends this study to examine what happens when some people can’t fully recover from the wreckage.

And beyond that, the series sports one of the most tender and mature relationships that I’ve encountered in anime, particularly action-adventure anime like SAO; Kirito and Asuna, though only teens, are able to rise above the traumatic circumstances they’re in to settle, though only for a while, into a life with each other, and they even have an AI daughter they care for with the affectation of real parents. Ordinal Scale continues to look at their relationship and watch it grow even more in moments that are occasionally cheesy but sometimes genuinely romantic.

Though it starts off light and with plenty of laughs, Ordinal Scale does not forget the struggles its characters have undergone. Even in the new, popular Augma, there are still shadows of Sword Art Online, and ultimately the movie’s villains are revealed as not just your run-of-the-mill, bad-just-to-be-bad villains like Kayaba, but rather people just trying to deal with their grief and move past the trauma they’ve experienced. But Kirito and Asuna, being the pillars of strength that they are, both psychologically and on the battlefield, prove that even our toughest times define us, make us who we are.

It’s refreshing, in the beginning of the movie at least, to see the characters moving on with their normal lives after the events at the end of the series: Kirito’s hanging out and researching his options for college, like any normal kid. And when he first tries to fight in AR, he fails because he’s an out-of-shape gamer without the use of his usual VR avatar, while Asuna, who we can probably assume hits the gym daily like a champ, easily kicks ass. (It doesn’t last long, of course, because Kirito has to end up being the hero, but I still love the moment when Asuna took the spotlight from Kirito, because we all know we need more scenes with women kicking ass better than, and independent of, men.)

Though the movie’s pacing can be a bit slack at times and fall into lulls, you never completely lose interest, because the stakes get higher as the movie moves toward its conclusion, which includes one last deep-dive into the world of Sword Art Online and the epic, ensemble fight that you’d expect to come with it.

Ordinal Scale produces the usual questions in my mind (Where are the parents during all this? Why do people keep buying these sketchy devices? Are there no standards for technological security? Is no one else but Kirito ever equipped to deal with these catastrophes? Again, seriously, where are the freaking parents?!), but not enough to dampen my enthusiasm for what is truly a good anime movie and certainly a great continuation of the series.