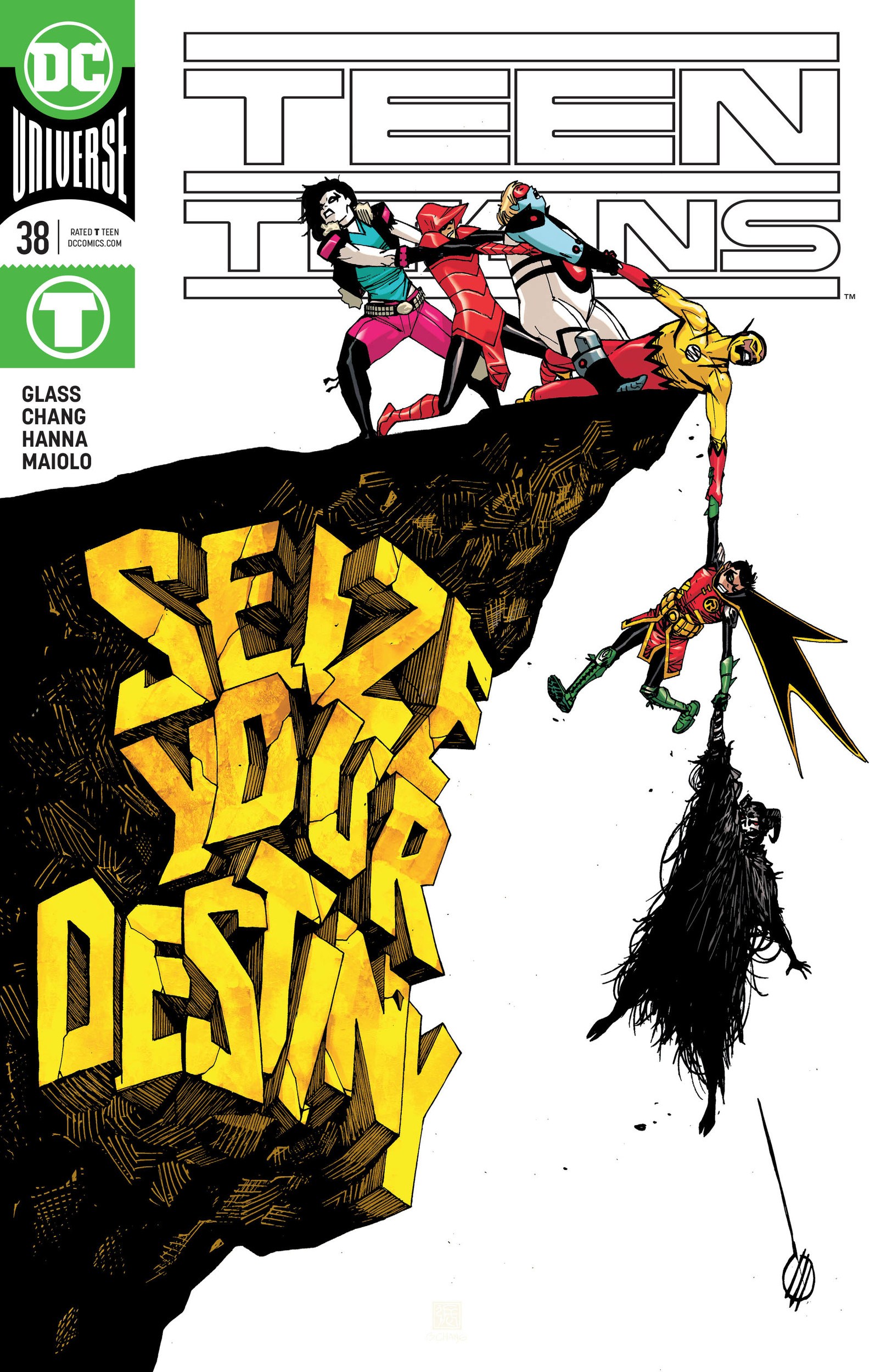 Tell Me Everything That You Desire

If you could reverse the incident that caused you the most shame, most folks would jump at the opportunity to erase it. Damian is exposed to the possibility of taking his twin’s mantle as “The Other.” With the chance of getting what you always wanted, what are you willing to risk in order to reject the darkness. Your love life trapped in the depths of a ring? Keeping your friends alive even if that means succumbing to what you all have fought against for so long? Teen Titans #38 is all about the power of sacrifice and the appeal of vision.

It was painful seeing Damian enter purgatory, be exposed to a connection he cannot indulge in yet. Seeing Djinn affected him, but he realized at that point he couldn’t give up. Teen Titans #38 is a great showcase of perseverance, forgiveness, and sacrifice. The Teen Titans and Roundhouse work off their redemption as Damian is being seduced by his evil twin. After deciding that he won’t take up the mantle, the team has to figure out how they will fight against The Other and his league of support. 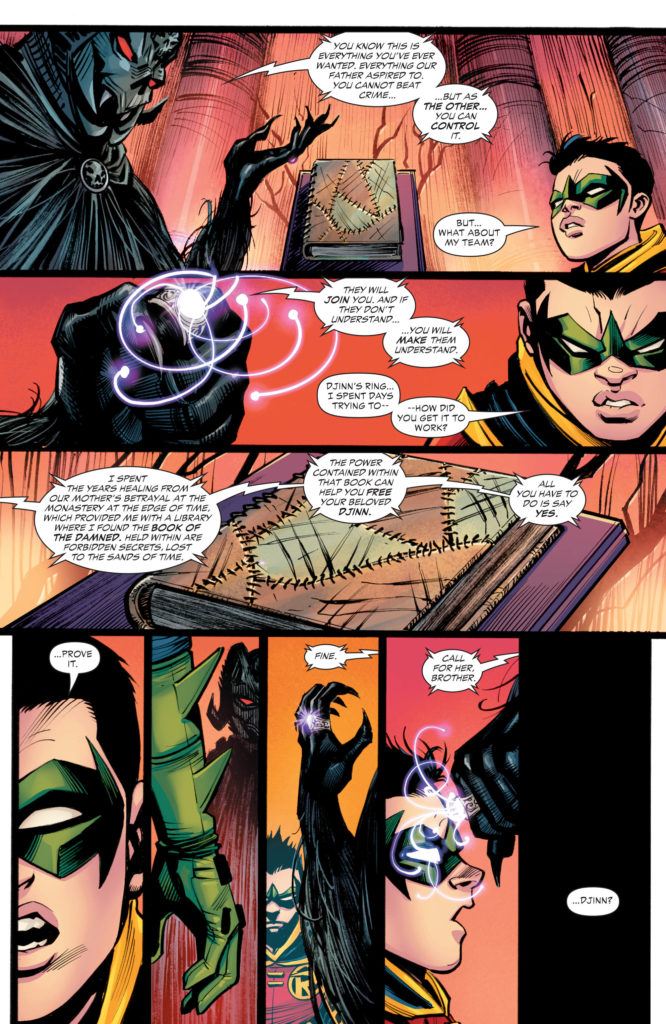 The creative team did a great job utilizing color to heighten the emotions of each scene. My favorite panel was the slow realization Damian has which eventually brings him to tears. The scene was subtle and heartbreaking. I enjoyed how the artist used highlighting to evict the conflicting emotions of desire and loss. It was a somber issue as a whole, but once we see tears fall down Damian’s face, it was already a chosen fate. I’m excited to see how the gang will handle their adventure and how fate will reveal even bigger sacrifices later in the arc.

8.6 Levels of Supersized Teenage Angst out of 10