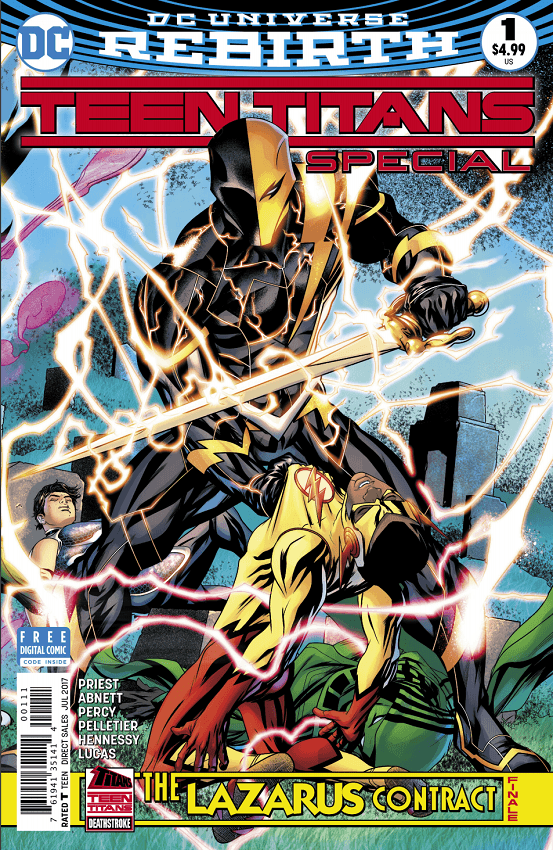 The conclusion to “The Lazarus Contract” finishes up and leaves some mixed feelings in its wake. While most people (myself included) have become increasingly pessimistic about crossover events of any kind, the extremely quick and sometimes incoherent wrap of of the story felt rushed. This story, which was very interesting in its premise, could’ve used another issue to fully flesh some things out, especially in the wrap up. What the issue does well is demonstrate that Deathstroke, as the most meticulous and plodding strategist out there (outside of Batman, of course), has a weak spot where he will undoubtedly become reckless and throw everything into a frenzy.

The story hinges on Deathstroke’s attempt to save Grant; this is established at the beginning of the book, showing the possible life Grant could’ve had. Deathstroke’s failure to realize he will have difficulty willing everything to happen as he favors.

The other teams are much more involved in this book with varying results. It does make the conflict feel larger with them involved, but as they aren’t as sharply drawn in this story as Deathstroke, it’s easy for the interest to fall off when Deathstroke isn’t present. Even while some high drama is happening within the teams. 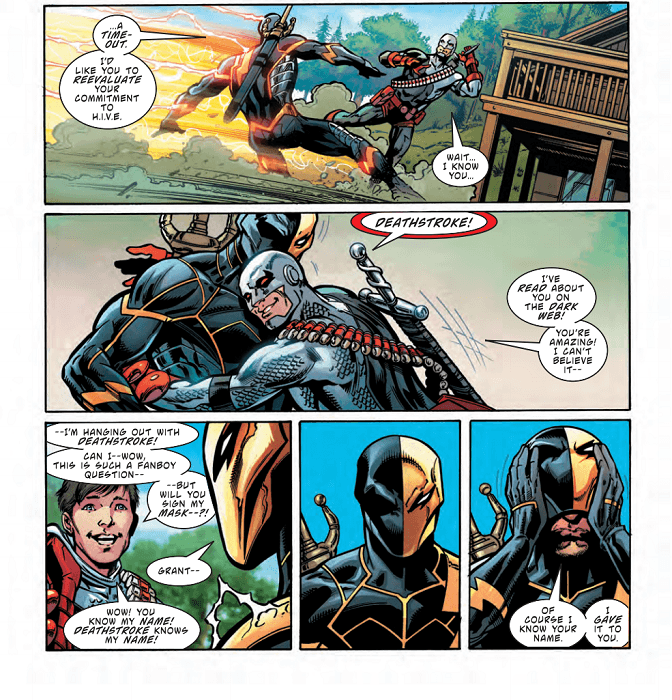 Resolution, quick as it was, does have some big stakes as each the Teen Titans, Titans, and Deathstroke all signify big changes moving forward. Some that may change the fundamental understanding of the characters we know.

The art works well throughout the book, managing a lot of different characters and still giving them variance, though not as detailed as one might hope. The art at times falls victim to the pacing, as there were times where I felt like I might have skipped panels in the story.

Unfortunately, the lasting legacy of “The Lazarus Contract” may be how it affects everyone after the story as opposed to within it. It was fun seeing Deathstroke using the speedforce and certainly had some great moments along the way, but ultimately, the conclusion served as a means to the stories the books have planned moving forward. Which is a shame, because this could’ve been great.

6.8 Escapes from the Inescapable out of 10

Reading “The Lazarus Contract”? Find BNP’s other reviews of the crossover series here.