With Square Enix confirming the long-awaited chapter in the Kingdom Hearts saga, we here at Black Nerd Problems join in with the rest of the internet as we speculate in no particular order what worlds Square Enix can take this game next. Bayou (The Princess and the Frog) 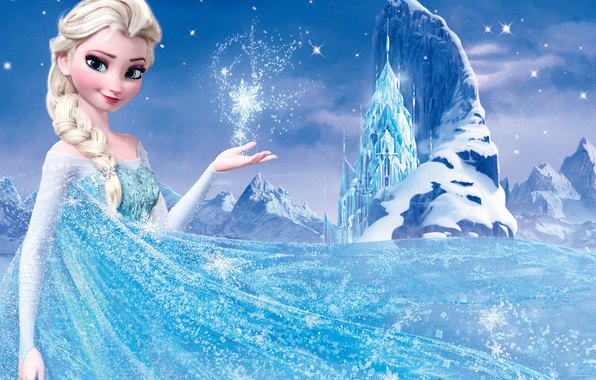 Within five months of the film’s release, Frozen quickly rose through the ranks and became the highest-grossing animated film of all-time. Even though I personally think Frozen is one of the most overrated children’s films in recent memory, we have to let go (I swear I didn’t do that on purpose) of all doubts and come to terms with the fact that there is a 99.9% chance Frozen will make an appearance in the next Kingdom Hearts game. We haven’t got a lot of snow-based worlds in the Kingdom Hearts franchise, so a new one that focuses on ice and snow would be a welcomed addition. 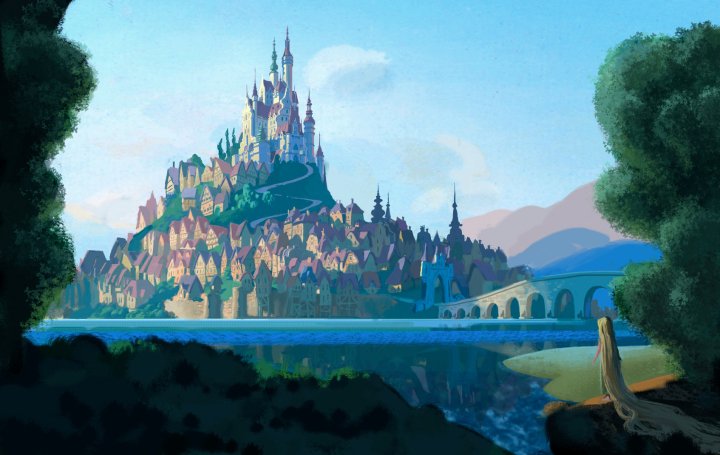 Now, yes, although Corona doesn’t reinvent the wheel with their typical fairytale environments, it’s the characters of this world that proves that it could be a worthy addition to KH3. The obvious similarities between Sora and Rapunzel would make for some great interaction as they both wanted to see the world and are now in the middle of this great adventure. It’s been a while since we’ve gotten a great fairy tale world in Kingdom Hearts, and Tangled would provide some great material for Square Enix.

While the world of Wreck-It Ralph is expansive in itself, it’s best to avoid the legal clusterfuck (meaning no Bowser/Sonic/Ryu appearances) and focus solely on one area of the film, and what area is more deserving of being put into Kingdom Hearts 3 than the world of Sugar Rush. This one seems like a no-brainer as Sora and the gang could team up with Ralph, Felix, Vanellope, and Sergeant Calhoun in order to stop King Candy/Turbo before their game is unplugged. This would be as fun an environment to play in as we’ve ever seen, and you already know with the power of Unreal Engine 4 the graphics of this world will come out top notch. 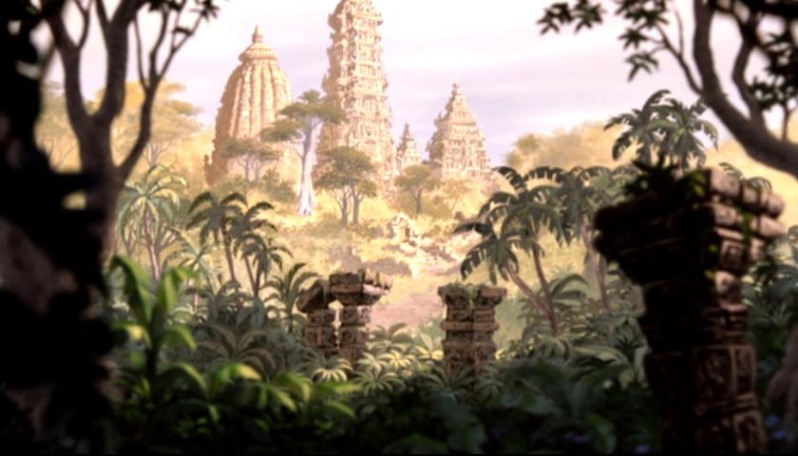 A world based on The Jungle Book — King Louie’s Temple, to be exact — nearly made the cut into Kingdom Hearts: Birth By Sleep as the level was near completion and can be accessed with a bit of modding. I don’t know if Square Enix was on time restrictions or didn’t know exactly how Sora’s storyline  would pan out within the world, but it doesn’t seem too wild to assume Square Enix figured how to make The Jungle Book work within their narrative by now.  The Jungle Book has some of Disney’s most colorful and beloved characters to date, so it makes sense that they’ll be in Kingdom Hearts 3. They already have the level design down, all they have to do is pull the trigger.

6. England (The Sword In The Stone)

With Merlin already being an essential piece to several of the series installments it’s safe to say that Sora owes him a couple favors. Maybe one of them would to be to go help Arthur discover his full potential rather than being complacent as a squire. Sora was once where Arthur was, so it makes sense for him to pass along all he’s learned on his journey to the future King.

Now this is a controversial pick, as there are usually two sets of people when it comes to this topic: the “oh that could never work!” and the more optimistic “sure, I can see this working.” While, yes, I do agree that part of what made the Kingdom Hearts franchise so magical to begin with is the fact that Square Enix stuck solely to Disney-created properties, it’s been 10 years since Kingdom Hearts 2… gotta give the fans what they want. While I don’t think Kingdom Hearts 3 should put too much focus on a Star Wars world, a small mini-world based on the Death Star would be much more suitable for this game. Imagine if  Sora, Donald, and Goofy got pulled into a tractor beam on a Gummi Ship flight and had to work with the gang from the original trilogy to bring down the Death Star. A lightsaber keyblade is all that I ever wanted, and all that I ever needed.

4. Kingdom of the Sun (The Emperor’s New Groove) Regardless if The Emperor’s New Groove appears on your Top 10 Disney films or not, I believe that a world based on this movie should appear in  Kingdom Hearts 3. Why? For one, the environment is vastly different  from anything we’ve seen before in a Kingdom Hearts game. Sure, it does have the generic jungle landscapes we’ve seen before in the past, but it also has these giant cliffs and ancient cities built into the mountains. The Kingdom of the Sun would offer up a different visual than standard Disney worlds gamers have come to expect. Also it would be great to have Ezma (R.I.P. Eartha Kitt) and her arsenal of genetic altering potions to mix things up a bit, turning Sora and his pals into different animals.

Every Kingdom Hearts game gets darker and darker. I think it’s about time Square Enix gives the streets what they want and create a world around The Dark Cauldron. Since the atmosphere is already so dark and bleak, I couldn’t even possibly imagine what Xehanort and his Darkness could be plotting. Also a battle with the Horned King needs to happen. Hopefully Square Enix really digs deep into Walt Disney’s darker creations when drawing inspiration for the worlds of Kingdom Hearts 3. 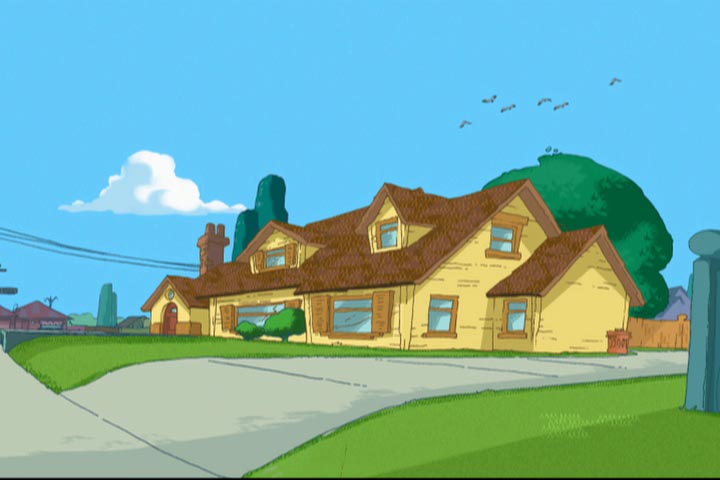 “Ferb, I know what we’re going to do today.”

After building a spaceship, a town-wide roller coaster, and teaming up with The Avengers, helping Sora, Donald, and Goofy is light work. There is a lot of life in these characters and I can see them being useful to Sora on his quest, as well as adding some much needed humor in the game. Also who doesn’t want to see Perry the Platypus make an appearance in this franchise? 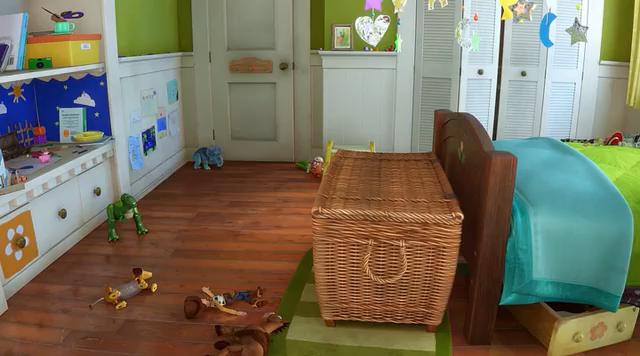 With Toy Story 4 coming and the abundance of short films airing over the last few years, it seems that the journey of Andy’s old toys is far from being over. Just imagine being shrunk down to toy size, fighting a group of Heartless besides Buzz and Woody, then BAM! Bonnie walks in to grab a coat and you have to quickly hit a button to fall to the ground or risk being caught, then resume fighting again after she leaves. Square Enix was already planning to put Woody and Buzz in a summons for Kingdom Hearts 2: Final Mix, so a world based on the Toy Story franchise looks very likely.

So what do you think? What worlds do you think are worthy of being in the next Kingdom Hearts game? Leave your thoughts in the comments section below.