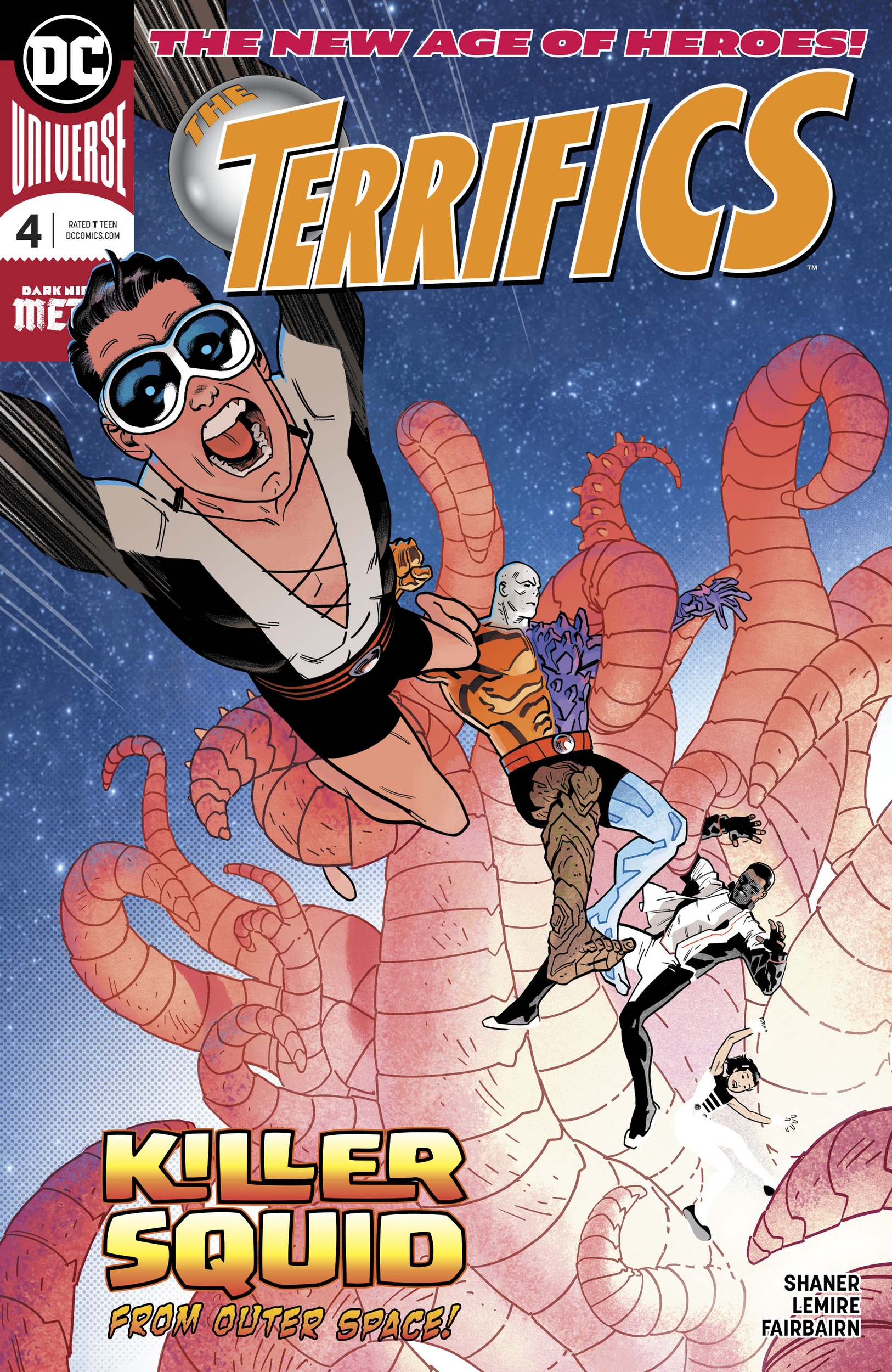 The Terrifics is shaping out to be DC’s response to Fantastic Four: the cosmological aesthetic of flying through space fighting all sorts of weird aliens, the heavy emphasis on science-based superheroes, and the vaguely familiar team composition. All of this seems evocative to a different era of comics interpreted through a more modern lens. Which honestly, I think is a good thing. Shaner and Lemire are very clearly having a fun time writing the characters and the increasingly bizarre situations they find themselves in.

Phantom Girl takes care of the primary narration this issue, with a classic in media res opening that shifts gears into a flashback that explains why the Terrifics are getting chased by a giant octopus thing. 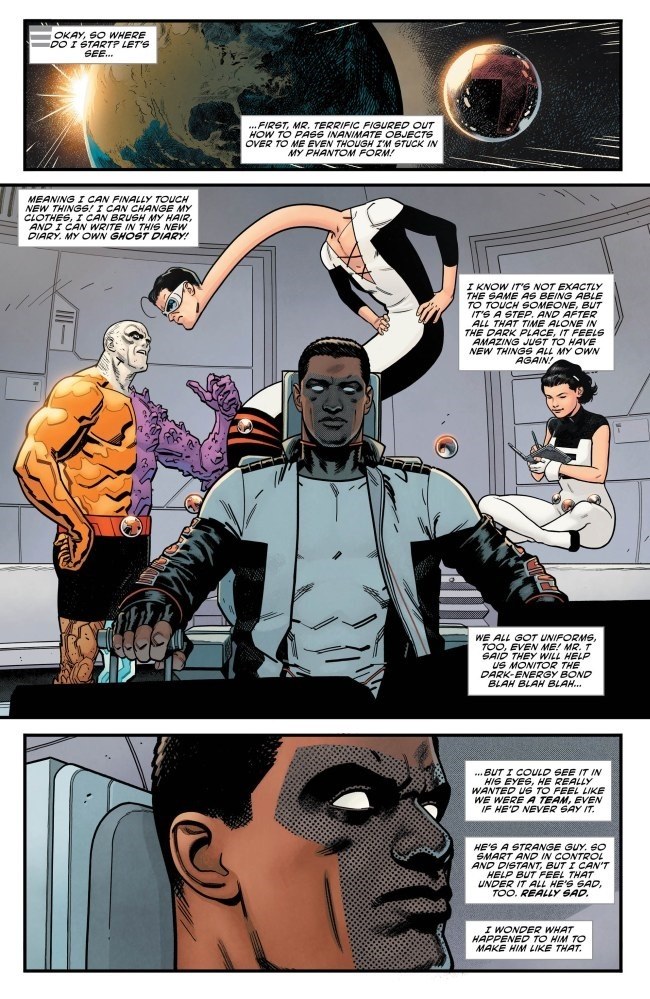 Well after beating a giant mechanized wheel of death and a time skip, the Terrifics are taking a short galactic trip to BGZTL (yeah, I’m not sure how to pronounce that either) since they are still proximity bound with the dark matter coursing through the system. And now they have matching uniforms. Phantom Girl’s narration is insightful and while it’s an exposition, there is a tangible excitement and joy revolving around her return home and her observations of the Terrifics helps establish a kinder status quo.

Metamorpho replaces curses with various elements. Mr. Terrific loves making snarky comments when people criticize his technology. Plastic Man is one of the most ridiculous characters that I have ever seen in a comic and also without a doubt one of the most powerful characters. Phantom Girl is observant and just wants a family. It’s exactly the type of continuation you’d expect, and it’s fun.

Shaner and Lemire clearly have a fantastic time creating all sort of wacky antics, and Fairbairn’s colors give everything a retro, futuristic pop. It’s a simple encounter along the way to the real destination story. The dark thematics and larger myth arc that enchanted me during the first three issues are kind of toned down, but I have faith that things will pick up steam as we enter into the next arc.

Reading The Terrifics? Find BNP’s other reviews of the series here.