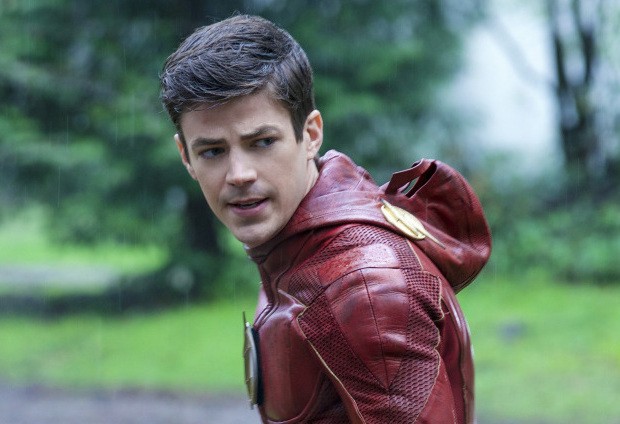 Here we are, ladies and gentlemen! We knew what this was. We knew Thinker Thanos would spend the entire season slowly collecting fades and superpowers like an infinity stone RPG. DeVoe thought 8 trillion possibilities into the future, took his sweet ass time unveiling his grand enlightenment scheme and beating down Team Flash like the peasants they are constantly reduced to until the season’s finale.

Before we begin, I need ya to pour out one for every life that DeVoe took in that opening scene from last week! Are you kidding me with that God mode Thinker was on?! Unfortunately, we didn’t get many of those moments this season. Hopefully, the writers are listening.

S.T.A.R. Labs: Team Flash in panic mode cuz the countdown to ideocracy hit but Iris Da Melanin GAWDESS pops up with the solution; Marlize. Loved watching Cisco drop an Inception joke after Marlize suggests the only way to defeat DeVoe is to send Barry’s conscience into DeVoe’s brain. Flash the only one fast enough to find the pre-world domination memories, the good part of Clifford DeVoe that the world needs to overpower the evil. Cisco shook, but it’s gets down or lay down at this point. Then Marlize comes outta nowhere with the Legion shade!! Supergirl and co. just got put on notice.

Sidebar: Ayo, the smartest thing these writers have done all season was use Cecile to the fullest extent. Her manifestation of powers turned out to be the key to this season and I was here for it!

She sends Barry into DeVoe’s mind and this shit lookin’ like Groundhogs Day in Pleasantville. Barry been inside that bus and Speed Force exit point. Marlize puts Barry on to the fact that this is the height of his power.

Thanks to Harry’s help, Barry runs to the place DeVoe and Marlene fell in love, but no dice. Guess what slightly douchey but kinda lovable giraffe fans?! Ralph Dibs in the house! They have a teary-eyed reunion then get run up on by DeVoe talkin’ that shit!

They straight up destroying the 4th wall this finale??! Thinker flexed on Barry and said, you’re not beating the big bad this season Mr. Allen! How dare thee?!! Ralph and The Flash run to try and utilize university DeVoe, and instead, find a murdered old version of the professor turned madman. Hole all up in his chest like a slain Iron Man. Ralph looks at Barry like, “Bruh. Shit is bad as it’s ever been, fam. Ain’t no more good left in this psycho. I’m stuck here, but you will escape and stop this Goodwill Enlightenment Age.” A light bulb flickers and Barry has a plan. God’s Plan.

In real time, DeVoe, in his best 2010 Drake starter kit fit, struts up to the team so impressed with his smug self. He thanks Team Flash for putting him there so he now has all of Barry’s connection to the Speed Force, the past and the future. Iris ain’t got time for all that mansplaining and comes for DeVoe neck with the venomous comeback! Marlize shoots them to Thinker’s secret lair pocket dimension to post up for a hot minute.

Thinker Pocket Dimension: DeVoe finds these fools in his lair and blasts ayebody into oblivion before they can set up the evil chairs dope ass force field. He drops the 10-ton paperweight flow on them and heads straight for the person who can permanently trap The Flash inside his mind. Cecile aka Butterscotch Kisses is delaying the delivery of her baby so she doesn’t lose her powers that are telepathically broadcasting our hero into this destructive intellects brain. DeVoe basically turns Cecile’s neck into an 18 wheeler highway scale with the amount of pressure he placed on her windpipe, sucking the life from her.

DeVoe can read minds and make an infinite number of himself, so Barry and Ralph are busy reenacting damn near every scene from the Matrix Reloaded. It was pretty great, but Barry is trying to get Ralph back to the Nexus of the Thinker’s mind. There may not be any more good in DeVoe, but there certainly is an Elongated Man inside DeVoe and he is filled with plenty good. He just has to push through that Speed Force exit point to regain control over his body. But in order to do that, we need Barry da Speed Force GAWD to show us why he got the juice. Of course, it’s not the fact that Barry has to show up, because he isn’t The Flash, Iris and Barry are.

Dibney and Barry punch, elbow and power their way through 800 vicious DeVoes trying to bring them down like literal crabs in a bucket! The Flash runs with all his might, Dibney shouts hilarious appetizer and entree names as he wallops countless CGI bodies in their way, with a blown up fist before they break through the nexus of DeVoe’s mind! Barry comes to just as Cecile was about to take her final breath. He walks up to DeVoe with the swag and bravado of Brad Pitt and Leonardo DiCaprio after doing a fusion dance (Bradnario). Barry watches DeVoe convulse as his body is overtaken by Dibney and we get our admirable little dick back!

S.T.A.R. Labs: In the very next scene the team goes to deliver Cecile’s baby despite the fact that Caitlin ain’t never delivered no baby before. Guess that med school training bout to get put to good use! Outta left field, the Thinker chair activates lookin’ all evil and shit. DeVoe uses Killg%re’s powers to digitally reincarnate himself, but Marlize is an engineering beast and delivers his tech fade swiftly. That initiates an emergency protocol where one of the satellites grows larger than an asteroid and is about to make all life extinct like 65 million years ago. The team heads downtown to save people and slow down or blow up the biggest pieces of satellite debris falling into the city.

Barry hits the jets as he prepares for his supersonic punch of doom and catapults himself from a building aaaaanndddd REWIND fam! We get brought back to the moment he took off and see that mystery girl is flankin’ big homie and delivers an accompanying sonic punch of her own, presumably helping Barry not die and ensure destruction of the satellite.

S.T.A.R. Labs: Everyone rejoices in their victory and Marlize makes her exit, after declining to join Team Flash and leaving a little gift behind for Harry. The women this season really were he key to stopping DeVoe. Her turn, Iris’ article, and Cecile’s powers. Cisco uses the device from Marlize to restore Harry’s intelligence, but on a much average scale. He may not have the brain of someone with multiple PhDs, but at least he is a real person again. He bids Team Flash adue and heads back to his Earth to spend time with his daughter, Jesse Quick.

West Household: The team welcomes Cecile home with the help of some beautiful pink decorations, a pop up visit from the baby’s big bro, Wally, and an even bigger surprise guest in the form of this season’s mystery girl! The team realizes they’ve spotted her like 8 times and finally ask what we’ve all been wondering. Nobody was surprised with the answer, but it still leads to hella questions and possible ramifications. We all know what happens when a speedster plays with time travel!

If you missed any recaps from this season, you can find them all here. See you guys in October when the Speed Force spits out it’s next big bad villain!