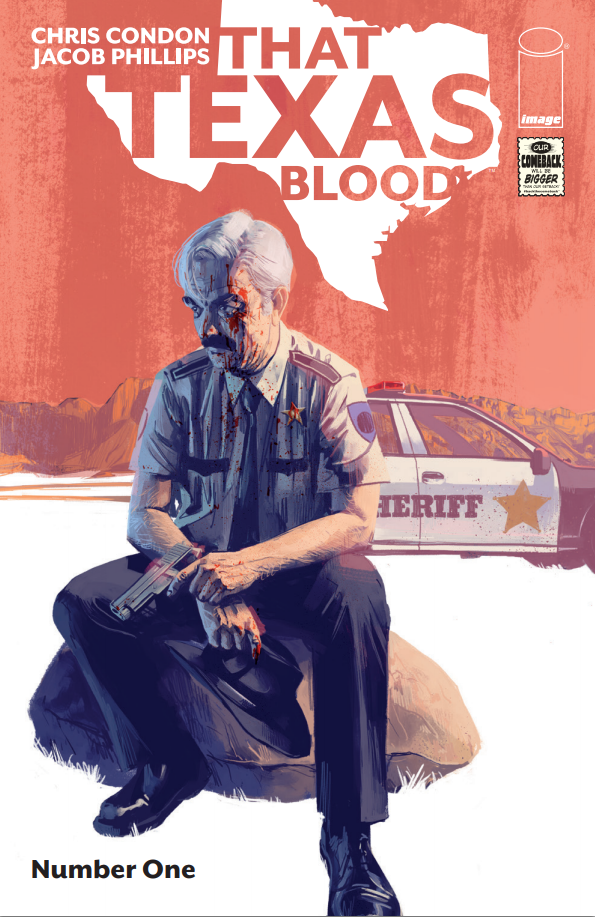 As part of my efforts to try and expand my comic book horizons, I’ve been making it a point to explore genres. One that I haven’t necessarily gravitated towards as much is: the Western. That particular genre in any medium never really quite gripped me in the same way as the more speculative fiction worlds did, although I do enjoy several of the tropes involved. After reading the first issue of this series, my immediate thought was, “This reminds me a lot of No Country for Old Men…” Sure enough, the series’ description does not shy away from that parallel. That Texas Blood is very much a prototypical, modern Western, featuring an older, Lawful Good protagonist who has managed to survive into an entirely different era and now has to grapple with the new world order.

Sheriff Joseph Robert Coates is 75 as of the very start of the issue, and Condon’s writing of the opening narration draws me in. It’s oozing with a sense of fatigue. The recurring refrain of “Thought it’d feel different” is simple and effective. As is tradition with a first issue, we get snippets of Sheriff Joe’s past and present reality, what haunts him, along with a general sense of the small town troubles. Philips’ art matches the tone perfectly and manages to accentuate the subtleties of a lot of the moments both quiet and loud. The landscapes are picturesque. Joe’s exhaustion is palpable. The few horrific moments that are scattered throughout, hit with a particularly vicious impact that leaves you reeling. 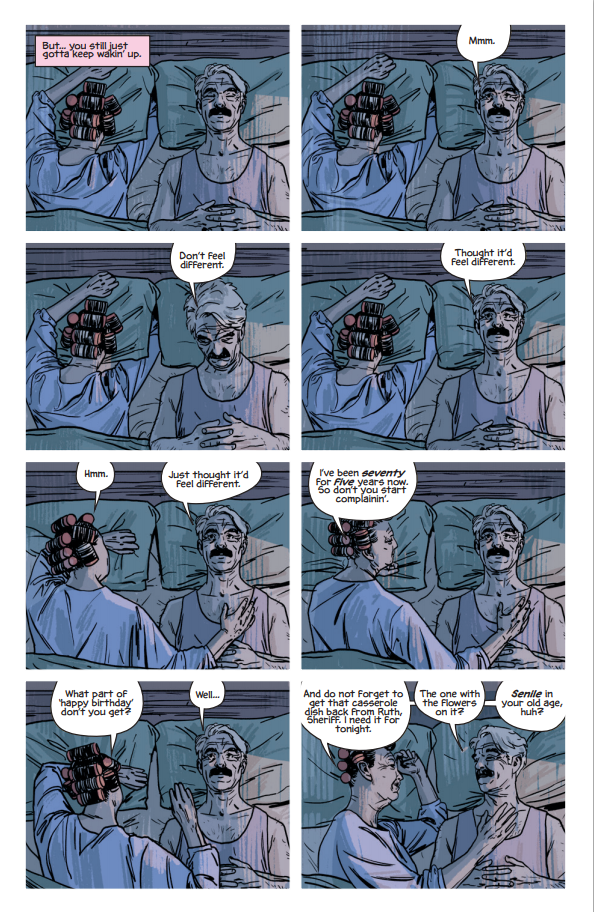 It’s well done, but it’s also not covering any new territory. The first issue of That Texas Blood is very atmospheric and has all the trappings of what feels like a compelling Western. But, due to the nature of the story, I’m left wondering about the overall arc from this issue. It feels like a one-shot rather than the start of something and, at this particular juncture, it’s gonna take something extraordinary for me to follow yet another older Sheriff than just the merits of some thematic resonating. I’m personally looking for stories that interrogate the veneration of law enforcement. I’m looking for stories where the characters grapple with the decisions. There are hints of that, but it’s just that at the moment: hints.

If you are a fan of the genre, then That Texas Blood #1 may be a good fit for you. It has a decent foundation, but in isolation, it’s hard to see what’s going to be built on top of it and whether that’d be worth following.