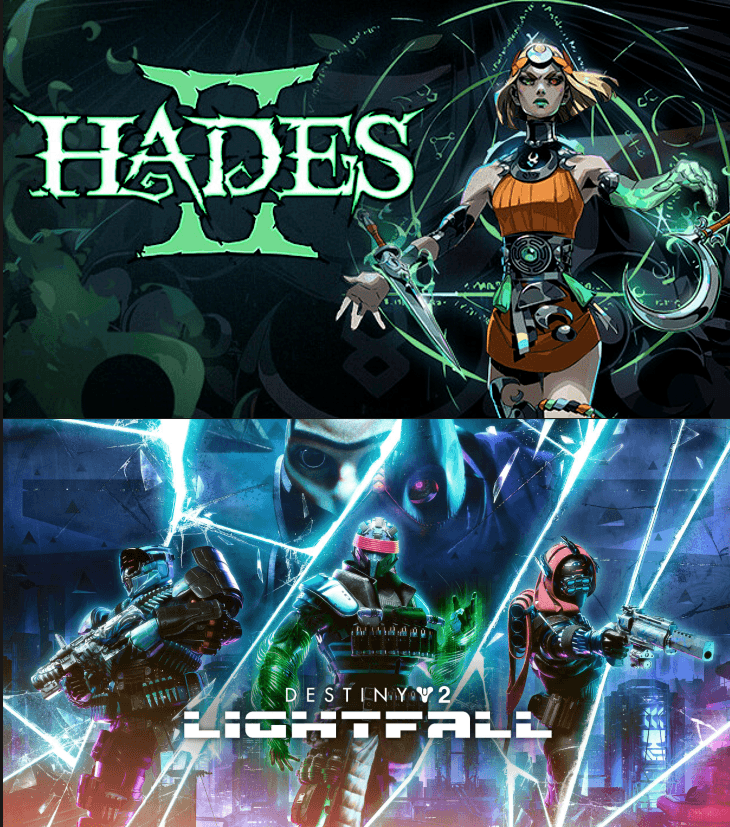 So despite being the in-house resource for video games, I actually play staggeringly few games as I tend to take an extremely myopic approach to playtime. As such, as 2022 was wrapping up when I was thinking about the games that I was excited for in 2023, one half of my brain was thinking about the momentum-based possibilities offered by Strand incoming in Destiny 2: Lightfall.

The other half of my brain was in a dull humming state thinking about the new divine entities we were going to meet in Hades II. And there’s a fair argument to be made that there are a lot of people who are excited about these games as much as I am, but there’s an even fairer argument to be made that other people may think it may behoove me to know more about other games coming out in 2023. As such, I did some sleuthing and research and would like to present a list of games that may speak to you.

The first piece on the list is actually already out, but I’d be remiss if I didn’t give One Piece Odyssey the first spotlight. This isn’t widely publicized knowledge, but near the beginning of the pandemic, a new friend somehow managed to convince me to watch One Piece. All of One Piece. All 1000+ counting episodes of one of the longest running pieces of fiction that has ever existed. And I had watched some of it before, recognized the first few arcs, and after using a dedicated filler guide and enduring Skypeia, I found myself utterly engrossed with Water 7 and Ennies Lobby. Slowly, over two years, I have managed to get current in the anime and the manga, and lemme tell you it’s a lot of content, but it’s a lot of very good content.

All of this to say, I’m now part of the fandom and as such, I promote the content of the fandom. From the initial game play trailers to the first reviews, One Piece Odyssey manages to blend the source material with the classic trappings of the JRPG, with some unique twists in the form of a Scramble Area Battles as different members of the Straw Crew play out their turn by turn skirmishes in clusters, much like an episode of the anime, while random “Dramatic Scenes” increase the tension by playing off familiar character tropes. Between Eiichiro Oda’s direct involvement and getting to revisit iconic arcs, it’s an exciting prospect for fans and just looks like it’s gonna be a good time.

Available January 24 for the PlayStation 5, with an eventual Windows Release

There’s been some trepidation about Forspoken since its early access came with mixed results, to say nothing about the overtly on the nose dialog. But here’s the thing. It’s an isekei game with a Black woman character and the core movement, and spellcrafting looks freaking credible.

The beautiful open world is full of classical fantasy creatures, and it’s hard not to be enthralled with the variety of beautiful set pieces and the adaptive magical system. The fluid traversal has a very satisfying sense of kinetic action and while some of the self-aware meta nature may throw you off, the game looks like it has a solid core and captures the same sort of energy you’d expect a company made of former FFXV development members. While it is a PS5 exclusive, it will eventually meander over to Windows, but it’s still something that should be on your radar this January.

Season: A letter to the future

Available January 31 for the PlayStation 5

I swear there are non-Playstation exclusive games on this list, but the sense of awe that you get watching Season is truly something else. The first trailer for Season premiered during the 2020 Game Awards, and the relaxing anime-esque relaxing aesthetic as our protagonist bicycled through picturesque world evoked a season of grandeur.

Armed with a couple means of recording her experience, our protagonist is seen meandering throughout an expansive world while dulcet tones play in the background as they document landmarks, relics, and record the oral history of the world’s inhabitants. I’m just a complete sucker for this anthropological driven journey that asks the player to identify what they think is important to preserve. It’s a story about the stories we choose to tell and the lessons we strive to teach, and we’re only going to get a glimpse into this world, so we gotta make it count. This release caps January and shows that the gaming industries is trying to start the year with a strong showing.

Farther Out, There Be Even More Sequels Awaiting

Available May 26 for PlayStation 5, Windows, and Xbox Series X/S

Now we’re going to jump forward to a May 2023 release with Suicide Squad: Kill the Justice League. I debated for a while whether or not to call this is a sequel, and ultimately decided that since it was an established part of the Arkham Universe it fit well enough, and certainly the high-octane spirit of Arkham Knight is prevalent.

The Batman action RPG niche of yesteryear was filled to a satisfying effect by WB Montreal’s Gotham Knights, which was a fine game if you didn’t actively compare it to the Arkham games, but it unfortunately lacked that luxury. Rocksteady’s return to the Arkham universe with a different set of playable characters and the chance to fight the Justice League head on promises to be a welcome return to form. The wide cast of character promises a wide variety of gameplay changes while getting to see characters like the Flash and Superman in an un-tethered form.

The Legend of Zelda: Tears of the Kingdom

Available May 12 for the Nintendo Switch

Even though it’s not my cup of tea, Legend of Zelda: Breath of the Wild is without a doubt one of the most influential games that has come out in the last decade. Dozens of games have tried to emulate the gravitas of its open-world aesthetic, Switch sales rose with its popularity, and also attempted the gargantuan task of trying to converge on the several timelines that exist within in the Zelda chronology.

To say Tears of the Kingdom is a highly anticipated game is kinda like easiest shot to call with the return to Hyrule and the addition of floating islands. We actually know staggeringly little about the game other than it’s coming out, but we can safely assume there are more secrets, more options for transportation, and just a continual sense of epic scales and the chance to explore a post-Ganon Hyrule and rebuild the once great kingdom. Honestly, I got a social media feed full of people manipulating items and game physics in truly mind-boggling ways, so I think everyone wins really.

Available sometime in 2023 for all platforms

The last game on the list is the only one without a set release date, but it’s also the one I am personally most excited about. During one of the extended content droughts that plagued the original Destiny, I picked up Payday 2 with some other folks in the BNP community. While the shooting mechanics were rough as hell, the outland-ish heists and coordinated squad team play with the criminal veneer felt really, really #$%@ing fun. Putting on the mask and tactically completing missions ranging from standard bank robberies, to stealing all of a mall’s merchandise by airlifting out of a Christmas tree, to infiltrating military bases in a frozen tundra.

In the land of consoles, there were clear hardware limitations, but that didn’t stop the game from being a blast to play with friends as we each leaned into different archetypes of robbers. Payday 2 confirmed that I have never and will never understand how stealth works, but it did confirm that I make for a pretty good tactical tank and capable of making sure the crew gets out clean. With a fresh coat of paint, updated systems, and even more wild scenarios, I don’t need Payday 3 to do much other than release so I can put the mask back on. You can expect the Black Nerd Problems crew to open-up shop and stream the carnage the moment we are able to.

Hard to Predict Anything Past Six Months

This is far from a comprehensive list of video games coming out in 2023, but given the pedigree of the long established franchises and the various sizes of swings coming from all sorts of studios, I’m very much looking forward to this year in gaming and whether or not this forecast reflect the actual playtime I’ll have come December. But until then, catch me honing my Titan for Neomuna.