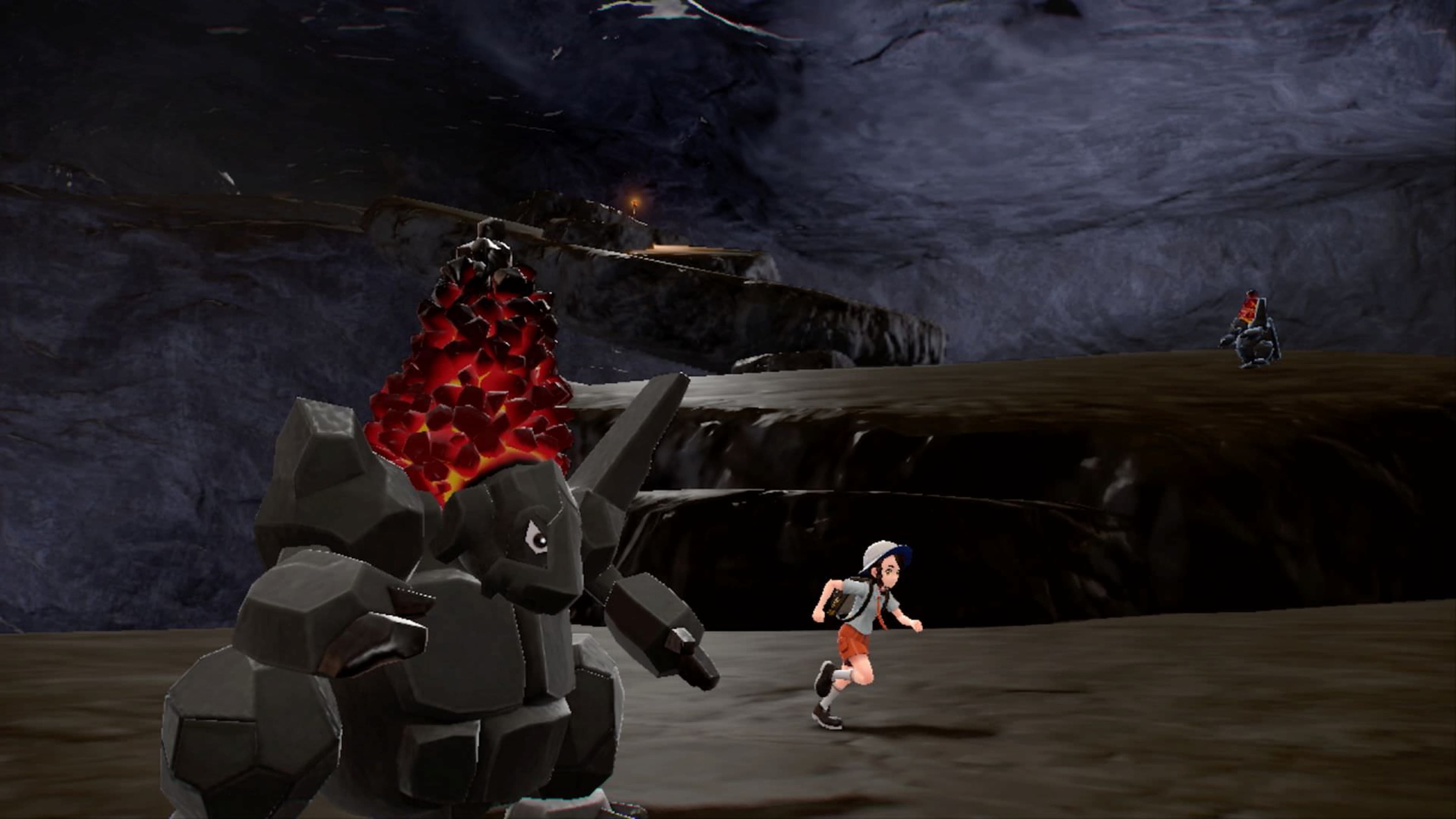 You can stop me if you have heard this one before, but did you see the game with the trailer where the protagonist did a bunch of daring feats that ultimately culminated in a final sequence where they approached the apex of a cliffside and then looked out onto an open expanse of a world with unlimited possibility? And if your first thought is, which one, welcome to the next thousand some words. Take a seat, we’re gonna be here a bit.

The idea of “open world” game is several decades old at this point, and the original Legend of Zelda for the NES was one of the earliest examples of the genre. And while Grand Theft Auto modernized a lot of different mechanics and understandings of what an open world could be like, it was truly Breath of the Wild, where the series went back to its roots as a true open world game, that caused a cavalcade of many franchises delving not into “open world”, but a very specific type of open world. Ever since 2017, open world games have taken a lead from Breath of the Wild (and to a lesser extent, it’s contemporary Horizon Zero Dawn), where you arer thrust into a fairly large sandbox with minimal direction, plenty of secrets, and vague goals and objectives that ultimately culminate in the final fight against Ganon. The image of Link looking over Hyrule is nothing short of iconic.

This return to the franchise roots marked a subtle but very important shift in gameplay. Rather than the semi-linear progression with Ocarina of Time or the recursive looping progressing of Majora’s Mask, or even the directed roaming of Wind Waker that I grew up with, Breath of the Wild was truly open. You had the ability to wander in any direction, stumble upon things, and the only thing that was really stopping you was your own tolerance for death (something that I am certainly very familiar with at this point). The sense of exploration of a living, breathing world led to critical acclaim, and as such has led to a minor revolution where so many franchises, both new and established, have decided to take inspiration from this.

This is nothing new in the game development space. After the success of Player Underground’s Battle Grounds, we saw an excessive onslaught of battle royals ranging from the criminally success in Fortnite, Apex Legends, and Call of Duty: Warzone to the many, many competitors who barely made a splash in the market only to fade into obscurity. Overwatch triggered the hero shooter uprising. Destiny proved that the looter shooter genre when taken online could be immensely lucrative. This video game carcinization (a noted biological phenomenon where many organizations evolve into resembling crabs), this ardent follow the leader type of game design, this imitation as flattery, this is just how the world works. And in many cases, the open world is actually the logical extension of the series to a point. Halo Infinite, for example, feels like a natural evolution of the campaign driven shooter given the large titular Halo world makes for an impressive sandbox. And yet, the number of games trying out the open world is particularly exhausting to me personally.

Let’s take a brief step back. It’s a well documented fact that I have several thousand hours in the Destiny franchise, a game with several sprawling worlds that is open-world adjacent. And yet, the hallmarks of open world design, the exploration, discovery, and secrets are actually my least favorite part of the franchise. I am loathed to discovered secrets on my own, much preferring the directed action of the strike playlist or seasonal arenas. There are several titles that I am incredibly close to acquiring that I just can’t be bothered to get because I get little joy from the search and the uncovering. Finding ten lucent moths in the Throne World and the secret scorn disruptors during Season of the Risen was my anathema, and the only reason I found the penguins on Europa during Beyond Light was because they were penguins.

My joy comes from learning and implementing, something that does indeed happen in open world games. It can be seen by the various videos of people finding out how to utilize the tools in increasingly impressive ways; however, being in a sandbox that has to be navigated in parallel to other mechanics is stressful, especially when I manage to get lost going to the grocery store which has all of three turns I need to make.

One of my best friends loaned me Breath of the Wild, and I started playing the opening tutorial section. I learned the controls, solved some puzzles, barely managed to scale a mountain with some hot peppers and learning not to jump into cold rivers, and after all of that, the game told me to go “East.” And so, I oriented myself atop the giant tower, thinking I was facing north, and attempted to go East. And then there was a large sand valley, but I had no fear. I had my trusty glider, so I began the journey and found myself dodging all sorts of terrifying things trying to get to one of the many towers. After several hours, I finally figured where the quest markers and way points were located. It was only then that I discovered I had been going west for the last several hours. I fast-travelled back to the original departure, stumbled onto how to set an actual waymarker, and made it to my destination in about 15 minutes. Dear reader, I did not play past that point because I knew that was going to happen several more times, and I didn’t have the patience or mental fortitude to endure that again.

This is the double edge sword of the open world: the ability to blaze your trail and the ability to get frustrated at the lack of clear direction. It was a similar struggle in Elden Ring, although the progression is a little more titrated in that particular. The genre itself is innovative, but then we go back to the image of the hero on the cliffside, and I just feel exhausted thinking about if I want to get spatially disoriented in yet another game. It can be overwhelming, to the point where it can be infuriating trying to locate one area of interest for one particular thing, only to realize you had the map turned upside down.

I have so many friends excited for Legend of the Zelda: Tears of the Kingdom, and I am genuinely excited for them and to see and hear about those experiences. Aesthetically, the game looks incredible and the expanded world setting looks absolutely fascinating, but I just have no interest in the game myself.

Pokemon Legends: Arceus, as a true open world game, I skipped out on completely. Although, I am interested in Pokemon Scarlet & Violet; however, that is more of a byproduct of the open world being the first major shift in this particular franchise in so long that any massive shake up is welcome. The fact that the latest mainline games offers three different paths that are independent each other is great. The ability to tackle the classic 8 gym leaders in any order is a much-appreciated change in the formula, and the fact that the legendary poster mon seems to be available at the start with full transit capabilities eases some of those trepidation that I have. But then I look at Sonic Frontiers and think to myself that I much rather play Sonic Adventure 2 Battle, although part of that may be related to wanting to raise Chaos again.

There is an art to designing a standalone level that exists entirely independently of hundreds of other moving parts. There is a satisfaction to learning the ins and out of a beat ’em up stage in Sifu, where you know exactly what happens next. And hell, there’s also the brilliance of the illusion of an open world. Shadow of the Colossus is one of my favorite games, that looks like an open world but is actually just 13 expertly curated boss fights, and it remains the pinnacles of gaming, and I wish that that was the type of game that more developers latched onto in its heyday.

An open world sandbox offers a unique experience, but the sheer number of open world games co-existing makes it kind of exhausting. And I know the solution is to simply direct my energy to other things, but I’d love to go back to my favorite franchises and experience some good old sequential dungeon, even if the Water Temple would still stress me the hell out. The beauty of gaming is that the player gets to participate in the story, and personally, I would much rather be an actor rather than an improv artist. Sometimes, it’s nice being told where to go and what to do in no certain terms. Sometimes, having a given direction just feels better.