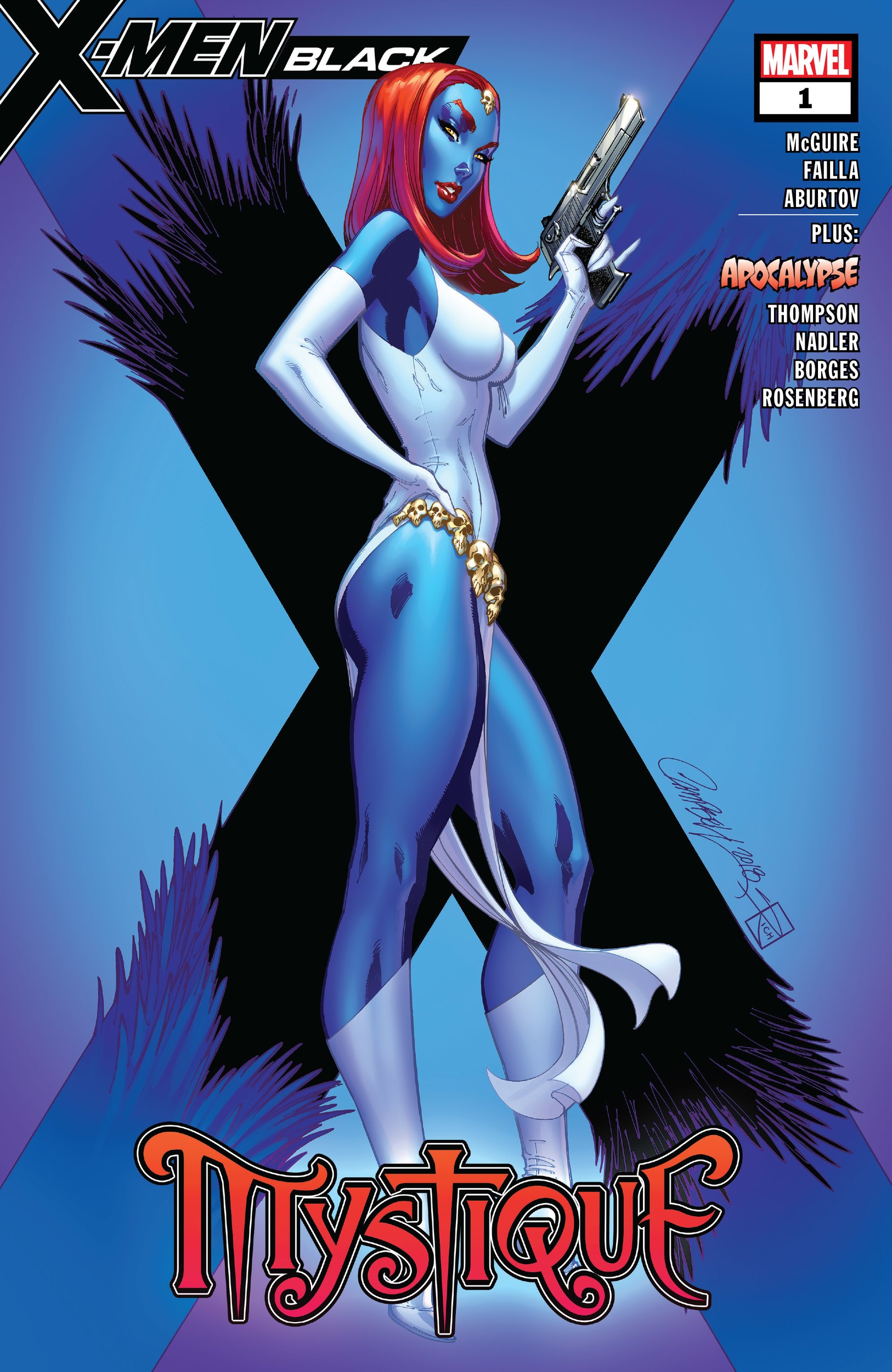 Raven Darkholme aka Mystique aka Whoever the F*%$ She Wants She To Be At Any Given Moment is undoubtedly one of mutantdom’s most beloved villainesses and sometime opportunistic anti-hero.  Ignore the fact that the Powers That Be at Fox have chosen to portray Mystique as merely a lost and angry “do-gooder at heart”  because of her portrayal by Jennifer Lawrence in the “X-Men: First Class” continuity.  The real X-fans know that Mystique is a slick assassin who gives zeros F$%@s about you, your couch, or your flatscan genes. In the one-shot  “X-Men Black: Mystique #1,” Ms. Darkholme stays true to her roots.

A few days in the life of Mystique involves traversing places, spaces, and identities with a single thought – subvert the homo sapien threat to homo superior liberty by any means necessary.   In the course of the issue, Mystique uses her shapeshifting abilities to traverse the human world without a care in the world – taking what she wants from whomever she sees fit.  She frames a U.S. government official with assault by pretending to be his battered and abused date, followed by hitching free rides in taxis and airplanes.  When she discovers that a teenage girl has gone missing, and probably apprehended by Trask Industries, Mystique seizes the opportunity to enact some good old fashioned chaos. 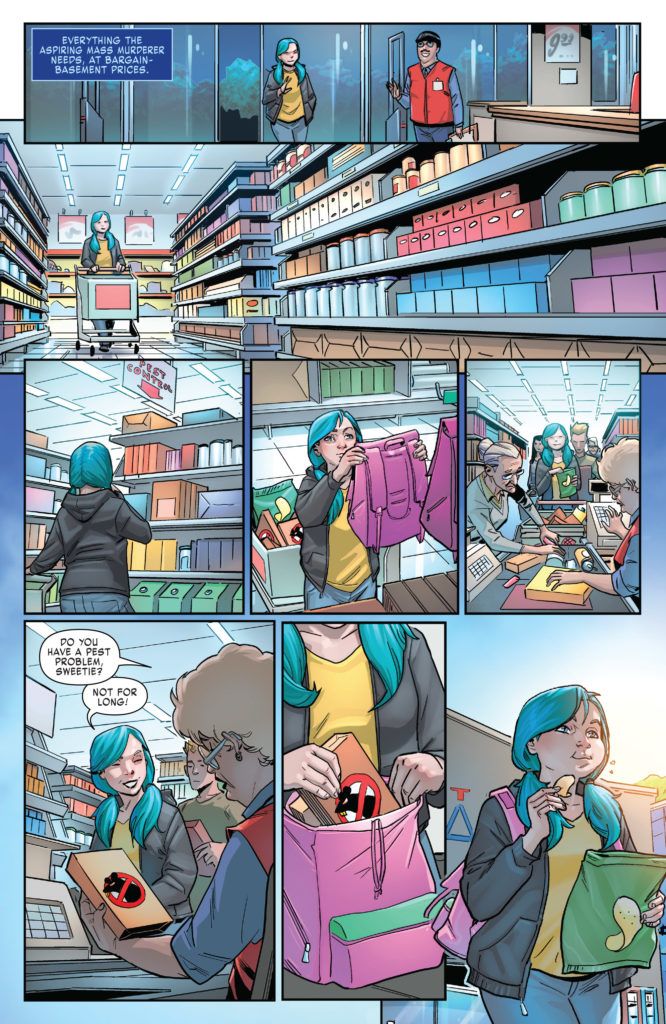 Mystique rescues the girl from one of Trask Industries’ satellite holding cells not so much out of mutant unity, but rather as a convenient prop to to deflect from her own planned act of sabotage.  Even after saving the girl, she promises her that she will only drive her in so far as the city limits of Portland.  From there, Mystique carries on alone – for mutantkind, but for most of all, for herself.

Another interesting thread for “Apocalypse” fans is Part Three of the backup stories running at the end of each of the “Black” releases.”  In this installment, Apocalypse is battling his own devolution and an encounter with hominids threatening to destroy his only link left to his advanced status.  The serialization of this back-up mini-story alone make these villain-focused one-shots more than worth the read. 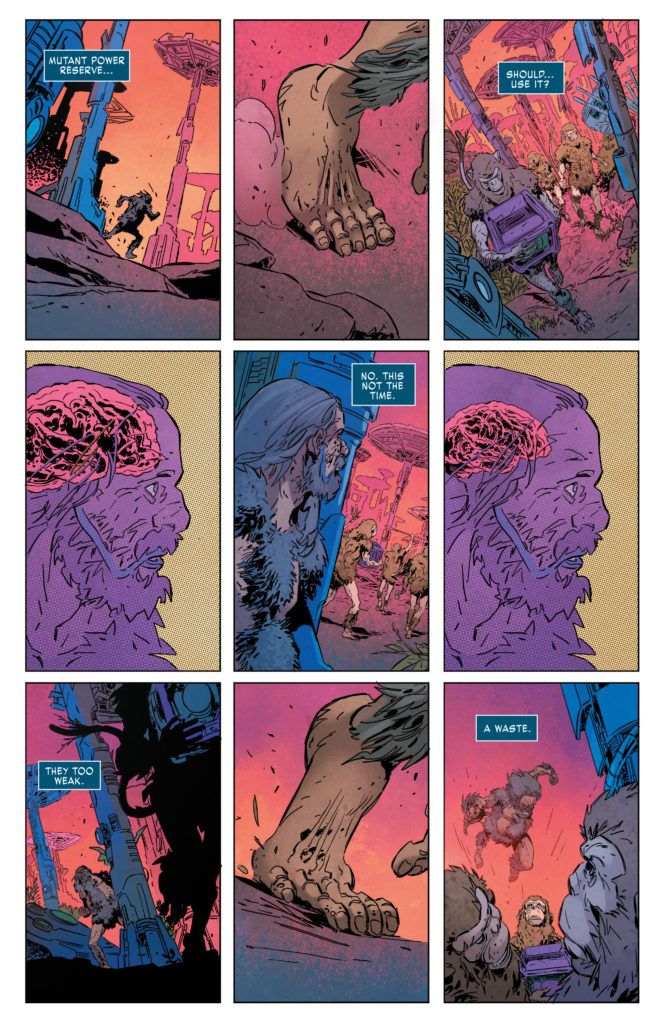 Since hitting a soft reset button for the X-titles at the end of the summer, Marvel creeps toward making the mutants relevant, topical, and dangerous again. October’s “X-Men Black” series of shots focusing on the villains have allowed fan-favorite to take the spotlight and set the stage for their next mechanizations.  Seanan McGuire handles the story deftly, crafting a personal and internal story that is not so focused on plot, but rather exploring the everyday outlook of Mystique as she navigates a world where to be outside the mayonnaise human norm is to be hated and feared.