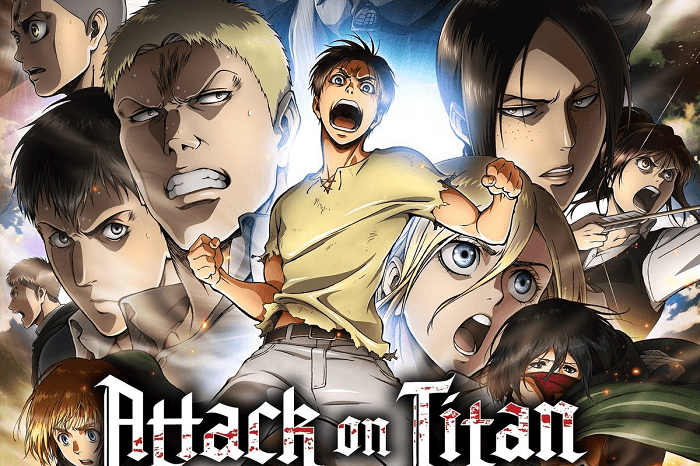 ***Full, 100% don’t even try to gleam this shit. Spoilers for everything in the Attack on Titan anime through chapter 31***

Listen, gotdamit. I’m in a vulnerable place right now. So you know what I don’t need? I don’t need any “it’s only a TV show” bullshit from you right now. This real fuckin’ life, fam. If you can’t deal with me at my subtitled reading worst, then you don’t deserve me at my scholarly lecture best. And even worse, I don’t need any of you, “well, I could’ve told you that was coming cuz I read the manga” muthafuckas either. Congratulations on your free time. Fall back with that shit or go do something anatomically impossible to yourself. This ain’t about all seeing eye. This about my pain, yo. Can I hurt for a second? Would that be all right with you savages?

This ain’t just about the reveal of Reiner as the Armored Titan or Bertholdt as the Colossal Titan. This about my trust man. This is about betrayal. This is about me having to learn to love all over again, fam. Let me start at the beginning. My beginning, my titan.

Your boy ain’t know shit about Attack on Titan until my fellow Survey Corps fam Omar put me on. “Yo, this shit like Game of Thrones for how they be merkin’ cats man.” Say. No. More. I love a story with stakes, fam. Once I saw the animation, I was all in. Story hooked me immediately. Unlike a lot of other popular anime, not all the protagonists were super powered. You had a few straight up S-Class cats, but most folks were average with the 3-D maneuverability. And even if they were nice, that didn’t mean they couldn’t get merked the fuck out at any time. ANYBODY CAN GET TOUCHED FAM.

My personal three top moments from the first season? Levi Squad catching that second half L that hadn’t been approached until The Falcons let Team Trump come back in the Super Bowl. 2) Mikasa and Levi vs The Female Titan. 3) A badass, but seemingly insignificant moment when Reiner pulled off a hard-ass escape from The Female Titan, swooped up Armin off the ground, then hoofed it out of danger all in one motion. Yeah…lets start, right fuckin’ there (also, I need the moment to get my shit back together).

I loved this moment so much, it made me do the, “wait, what other badass shit might I missed from, wait, who was that, Reiner, in the previous episodes?” So I went to google. Or rather, google went up in my personal space with fuckin’ google instant turned on. If you typed in “Attack on Titan Reiner” into the search, one of the first things that came up was “…is the Armored Titan.” Muthafucka. Le sigh. I get it man, and I’m not typically phased by spoilers either, but since he just became my second, (lets be honest, third) favorite corps member, it was a jolt to the system. But it didn’t diminish the scene I loved so much since I still had no idea of the context of who was a titan and if they interacted with each other all. I was still Gucci, fam. Even knowing too much, Reiner was a Titan, but he was my Titan, yo.

So yeah, the initial reveal was dope and all that, but that ain’t what fucked me up man. And the shit was so gotdamn nonchalant in the way it was revealed, I knew some other shit was happening. Even with this monster reveal, I knew there had to be another shoe dropping fam. Reiner told Eren that both him and Bertholdt were the Titans that jumped all this death and destruction off like it was part of his grocery order. Reiner told him that shit like, “oh, me, yeah, its been an alright day, fam. Woke up with a little congestion and it was a little overcast in the hood today, but I’m one of the Titans that set a path to destroy humanity and am responsible for your mother being snapped into like a slim jim, effectively trying to kill everyone you know and love in monstrous ways, so you know, I can’t call it. How you feel, bruh?”

Something was up, but I don’t know how I wasn’t ready for the “meanwhile” shit. ATTACK ON TITAN ALWAYS GOT SOME MEANWHILE SHIT AND I WASN’T NOT PREPARED. Shame on me, yo. That’s my fault. Reiner pitching Eren on joining up with them but Eren already knew what was coming cuz they had a plan in place for these cats, fam. They seen the scouting reports and knew Reiner and Bertholdt was part of that Umbrella Corporation with Annie and they were prepared, yo. But then, Armin told them in the briefing about the time that Reiner was “almost killed” by the Female Titan. It was lies, yo. MY FANDOM WAS BASED ON A LIE.


[divider type=”space_thin”]
He didn’t escape Annie man, he passed her fuckin’ intel on Eren. At least when Aqualad fake killed Artemis, we found out that episode. ITS BEEN YEARS FAM. I WANT MY 2013 BACK.

I rode for you, Reiner. I knew who you were and I stood by you. I had your back JUST TWO WEEKS AGO when a Titan treated your arm like a chewy toy when (it seemed) you were ready to merk yourself to save everyone. I trusted you man. I bookmarked your highlights on my youtube, fam. Now, I can’t just delete them. I gotta burn the whole fuckin’ account fam. I need a new google ID now, think [email protected] is available?