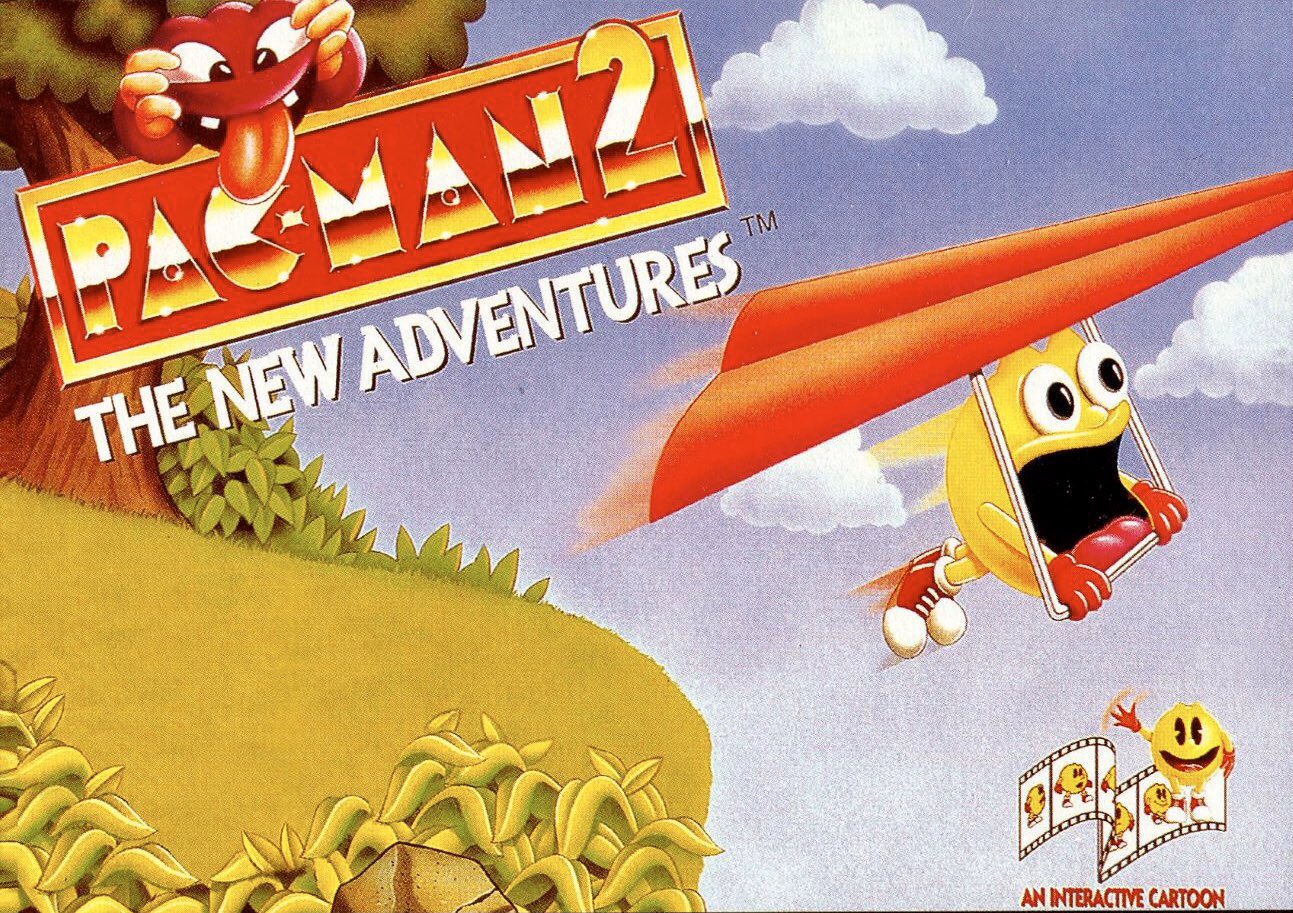 It’s story time folks. So, pull up a seat, turn up the brightness on your computer screen or phone because it’s time we talk about the wild, WILD forgotten gem that is Pac-Man 2: The New Adventures.

When I was a youngling, a ‘90s baby that didn’t have to worry about hitting his 30’s anytime soon, I was a Genesis kid. I loved my Sega system something fierce. Saved up allowances and birthday money to buy games from my local game store, pawnshop, or anywhere else I could get them. One of my favorite games at the time – Ms. Pac-Man.

Ms. Pac-Man is arguably the best old school Pac-Man game that exists. Several stages, all with different layouts so you wouldn’t know what to expect, moving bonus fruit, increasing difficulty. It was just *chef’s kiss*. I think my love for Ms. Pac-Man is what led me to Pac-Man 2. The logic of my young mind must have thought that if Ms. Pac-Man was great, well hell, Pac-Man 2 had to be better.

I was wrong. So wrong.

I won’t call Pac-Man 2 bad. Just unexpected, different, and … it’s fucking weird folks. Pac-Man 2 is one of the strangest games to make up my childhood. It’s probably the greatest hoodwink a game has ever pulled on me. It’s a wild ride and one of those games that’s so strange, so obscure that you find yourself compelled to find out how deep that insane rabbit hole goes. Tell me, what is the first thing you would expect from a game called Pac-man 2? More intricate and crazy mazes for Pac-man to collect pellets through? New ghosts or powers-up even? Well, you’re wrong, you’re very wrong. You are forgiven if you wrong because I was wrong and I’m sure so many other kids of the ’90s were also wrong. You see Pac-Man 2: The New Adventure is a very odd point-and-click adventure.

Strange, right? Kind of a curve from the previous arcade games. First of all, I never thought about the inner workings of the Pac-man family or their strange cartoonish bodies. I mean, that image of Ms. Pac Man never really made it past the cover art. The only things that ever came to mind were the pellets, mazes, and the pizza-shaped head running away from ghosts. As soon as Pac-Man flew across the screen in a cape with the game’s title right behind him, I should’ve known something was off. 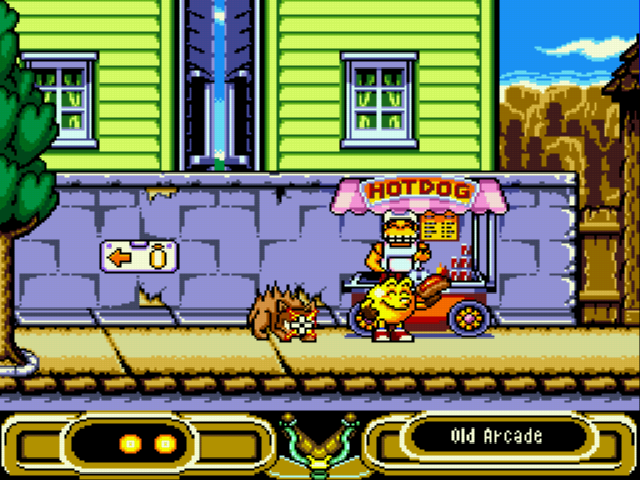 Pac-Man 2 starts with the famed yellow man introducing himself, his world, and telling you how to play. That’s where all the strangeness starts. You don’t actually play as Pac-Man. There are no mazes. Instead, you are just the player…and you have to help Pac-Man find a bottle of milk for his kid. Yes, the first thing you do in this game is search for a bottle of milk, I shit you not. Pac-Man, nor the game itself never actually acknowledge your role. If I had to describe it, you’re a fourth-wall-breaking entity armed with a slingshot whose sole purpose is to guide Pac-Man and make sure he doesn’t die…or, if you’re like me, you could have other intentions. 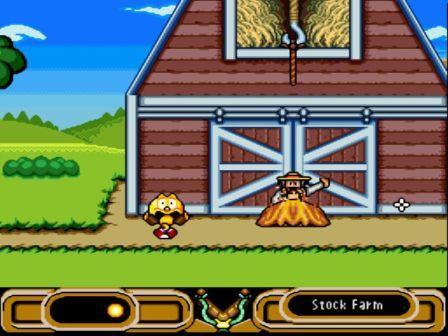 Okay, just let me explain. The slingshot is practically your only tool in the game. The only other thing you can do is tell Pac-Man which direction to look. Apparently, Pac-Man’s got the IQ of mud because he can’t seem to do anything or defend himself. The slingshot lets you hit almost anything in the environment. Windows, fans, apples in a tree, power-pellets, etc. Anything…even Pac-Man. You’re supposed to use these tools to “help” Pac-Man…or you could just spend the whole game fucking with him.

Folks, this game might have unlocked my inner troll. The first time I played, I don’t think I even tried to find that bottle of milk for poor Pac-Baby. I spent what might have been hours pissing Pac-Man off. Did I hit him with rocks from my slingshot every chance I got? Of course. Find ways for dogs, crows, or any other animal to chase that poor bastard down the street? Hell yeah. I even once made him get into a fistfight with a cat – that he lost. I spent more time finding new and creative ways to make Pac-Man suffer that I forgot the whole point of the game. 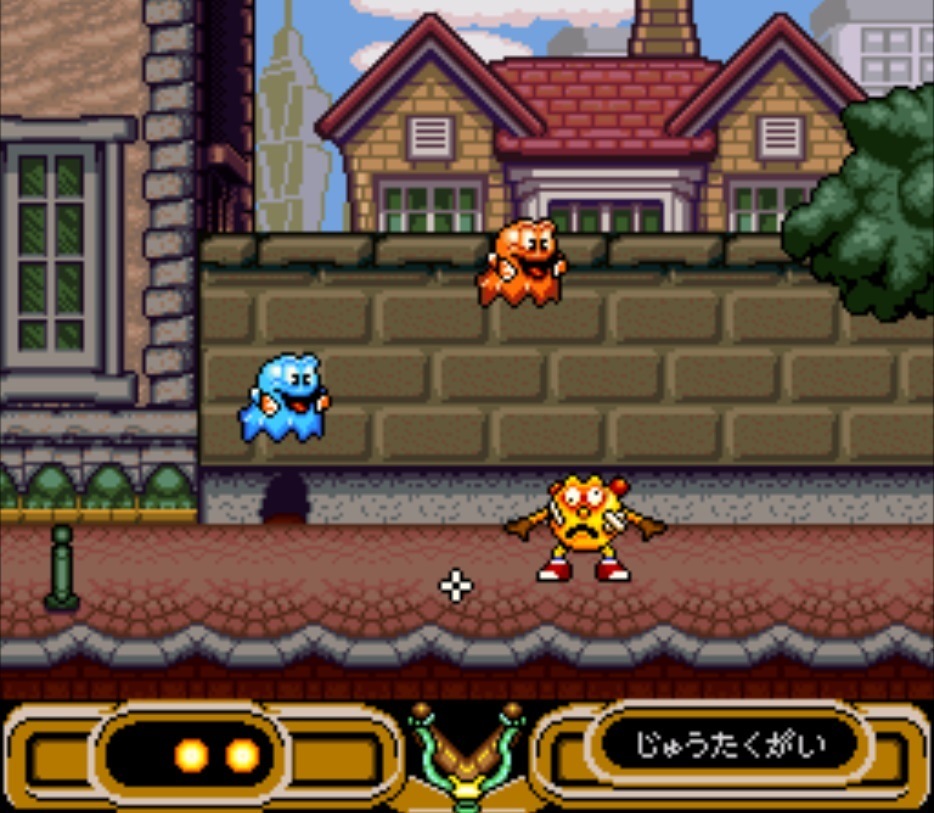 I was having more fun making this poor yellow man run down the street screaming, stomp around mad, or just knocking him the eff out for fun. It was at that moment that I fully embraced the strangeness of what I was playing, the joy of actively torturing Pac-Man. And here’s the thing, the game practically encourages you to do so. I recently went back to play the game and tried playing it straight but for every new area you enter, there are like 20 different ways to mess with Pac-Man some more. Sometimes the game even does it for you!

What About Actually Playing the Game?

Each chapter of the game sets you on a series of mundane tasks (get milk, find flowers, fix a guitar). Like I mentioned before, it’s actually your job to guide and make sure Pac-Man makes it through his journey safely. Whether or not you decide to mess with Pac-Man (believe me it’s tempting), the game will affect his mood. The worst Pac-Man’s mood, the less he listens to your directions. As the game tries to make Pac-Man as miserable as possible, you have to keep his spirits up, otherwise, he’s doomed to fail or fall into another trap. Every section is like a puzzle, filled with trial and error. Once you get into the groove of things and accept the strangeness of the game, it’s actually really fun. There is even an arcade section of the game where players can play all the original games. 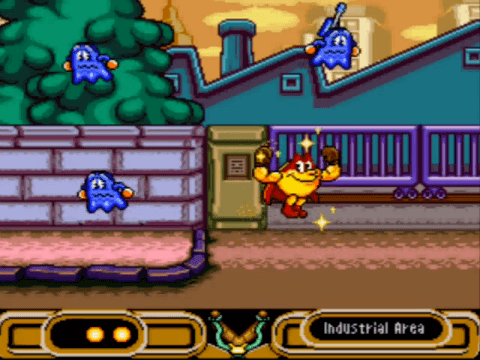 Pac-Man 2 is definitely an experience. One of the more strange and bizarre marks on gaming icons history. It’s also a game that I recommend playing. Just to have a little sadistic fun yourself. Unfortunately, that’s a bit hard to do unless you have a Sega Genesis or Super Nintendo system and a copy of the game lying around. Thankfully, there are a few preservationists out on the internet that have made it possible to play this hidden gem on any old computer browser. So have some fun!