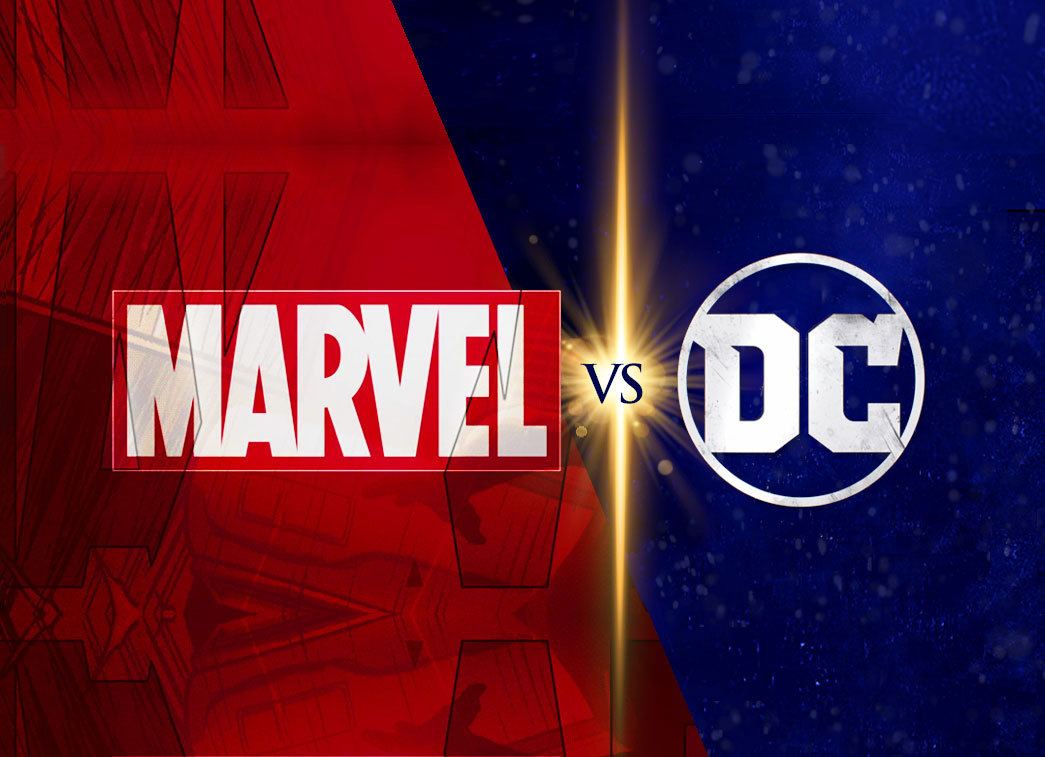 The never-ending struggle between the Big Two (Marvel and DC) have evolved with the times. Granted, this isn’t the first time their Hollywood properties have been in direct competition, but it comes at a time when the way we view content is entering a new era. The streaming wars are being fought by multiple industries on multiple fronts. And although Marvel and DC aren’t the biggest players in the game, they’ve certainly been party to the most interesting turn of events. Especially the part where Marvel is winning.

Warner Bros. recently announced that their entire 2021 movie catalog would be released simultaneously in theaters as well as HBO Max seemingly in response to the COVID-19 pandemic. This includes the much- hyped sci-fi reboot Dune and DC’s latest Harley Quinn vehicle Suicide Squad sequel starring Nathan Fillion, Idris Elba, and a laundry list of all A-List talent. Now, it’s important to note (so nobody thinks this has been ignored or understated) that this is an enormous event, because this is pretty much a gigantic nail in the coffin for the movie theater industry as we know it.

A week later, Disney’s “2020 Investor Day” (perhaps the most oligarchic sounding name for anything in living memory) saw the company rolling out announcements for what I can only imagine is the next three to five years worth of content. This included trailers for Disney+ series like Loki, The Falcon and the Winter Soldier, and WandaVision. In addition, the development and casting of several other series and MCU films to come down the road including Moon Knight, Ironheart, and Spider-Man 3 (the apparently jam packed second third Spider-Man movie). To recap, a DC project is part of a rollout that will very likely be a landmark in the evolution of how we view content moving forward…and all anyone’s talking about is… a). how said rollout has been disastrous and b). Marvel’s superior rollout. And it feels like we’ve been here before, but why? Why is DC always holding their ground in the battle but also always losing the war? A couple of key things come to mind that seem to decide the outcome of these things.

1). DC is always backing the wrong horse. Now, this is partially unfair because the argument could be made that Marvel has had time and opportunity to learn from DC’s mistakes. Most of DC’s triumphs and failures can be attributed to them being in business with Warner Bros. for many years now. They basically owned the 90s and some of the early 2000s with their animated properties and, let’s face it, Batman. Before the concept of the “cinematic universe” came along, it was pretty commonplace for a comic property’s movie rights to individually be sold off to a studio willing to make the movie, pocket whatever profits are agreed upon, and hope the movie isn’t a train wreck.

Marvel had a pretty good run during their first big budget shot at the silver screen (at least in the 21st century) which brought in a lot of money. But most of their success could safely be attributed to Spider-Man, owned by Sony, and Fox’s X-Men movies. Most properties outside of that had films that ranged from disappointing to “not a complete train wreck.”

Eventually, Marvel moved to take what properties they hadn’t sold off and hired top notch talent to make blockbuster movies under their own umbrella which is how we got the MCU. Of course, Disney bought Marvel out after a while, but it’s clear that the House of the Mouse understands they stand to make more money and success just writing the checks and letting Marvel have more creative input/control. Meanwhile, it’s very obvious that DC is just hired help for WB offering polite suggestions in how the studio creates content. And the box office numbers reflect the difference, good but also vastly dwarfed in comparison to Marvel…because audiences can see the difference in quality and creator involvement.

2). Marvel has their audience’s trust. They spend the better part of a decade or more crafting an epic web of stories interconnected within stories much like crossover events in a comic book. However, in doing so, they also managed to gain their audience’s faith in the product. After ten years of dope content, a Marvel movie-goer knows they’re getting a good experience. So, when you tell people they’re in for potentially five more years of good experiences, they don’t question it. Although DC’s content seems to be improving, the initial rollout for their “extended universe” did enough damage that it’s difficult to come back from. Not to get too anecdotal, but I remember discussing the Super Bowl trailer for an upcoming Marvel film at the time (I don’t remember which and it probably doesn’t matter) and a coworker said, “Honestly, they didn’t even have to show the trailer. I knew I was going to watch it just knowing it’s coming out soon.” That kind of confidence in a product doesn’t come easy or cheap. Then, I remember discussing the trailer for a DC movie coming out that same spring and another coworker says, “I dunno. At this point, I kinda feel like I’m rolling the dice on DC.” The energy simply isn’t the same.

DC was on the right side of history, but that doesn’t mean they’ve evolved. Even as their benefactor makes a power move to change the movie industry, they did so while angering their own creators and some actors…talent whose good side they’ll want to be on when this pandemic subsides and it’s time to get back to making money. Marvel, on the other hand, while still suffering from their own imperfections, is easing into the new normal with a bit more of the ease that comes from building good faith and running a tight ship. Granted, DC has some strong properties that keep them with a strong foot in the door, but as usual, Marvel is still proving that it’s currently their game to lose. And the never-ending battle continues.