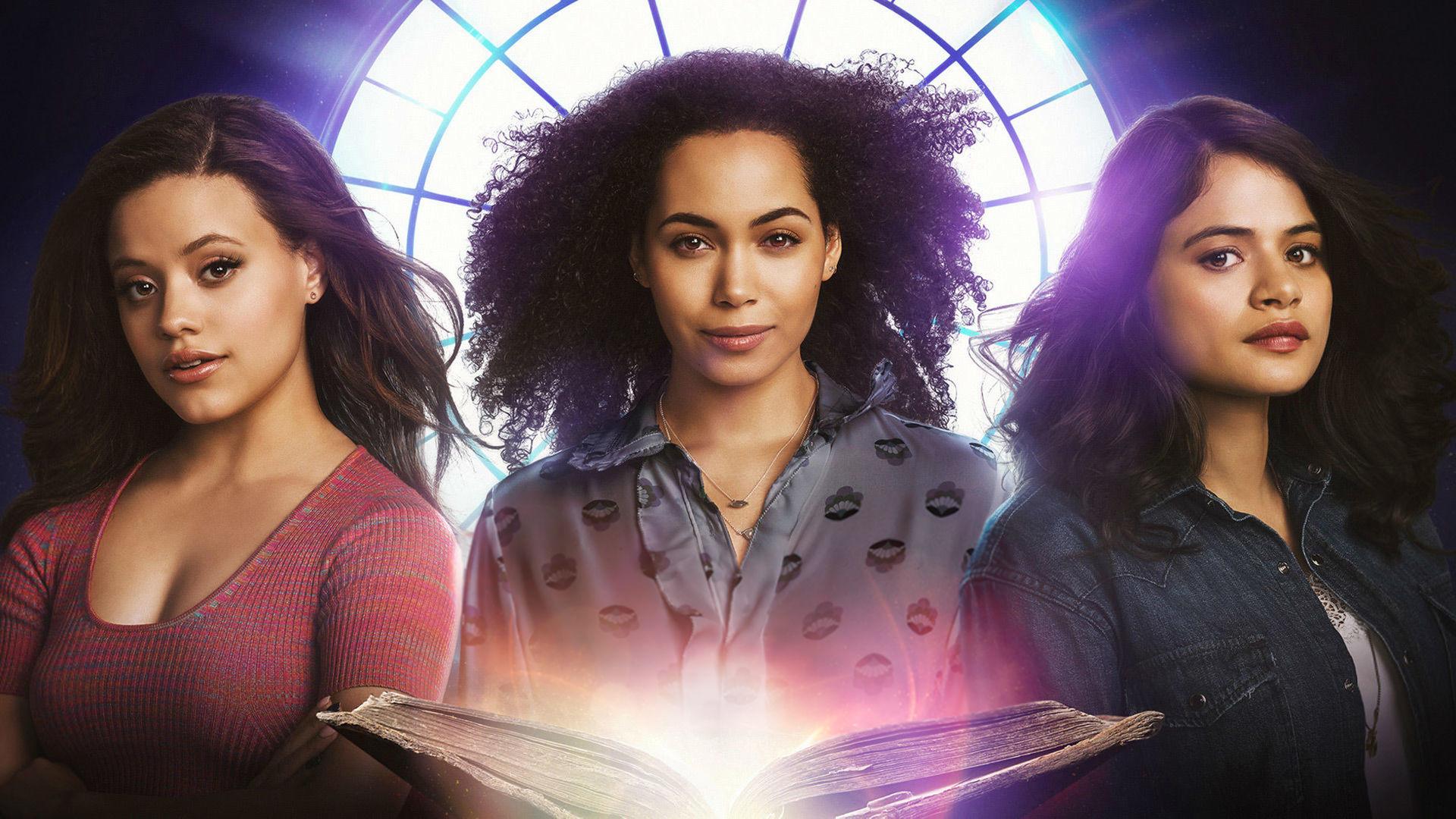 Whether you hit puberty in the 90’s or not, Charmed is a reboot that’s worth giving a try on namesake alone. In case you missed the pilot last week, we’ve got your recap right here.

This Is Not A Witch Hunt

…Not unless you call stealing your sister’s “ugly” shoes and then getting caught creepy. I love a good cheesey jump scare of an opening and this episode did not disappoint. We meet the two sisters (Mel and Maggie Vera) in the beginning of the episode while Maggie is trying to sneak off to a Greek campus party wearing Mel’s combat boots. While hashing it out in the hallway, the girls’ mother (Marisol) is on the phone yelling to someone that “this is not a witch hunt, it is a reckoning.” The sisters come to mom’s bedside and offer wine and comfort. Come to find out, there is a professor returning to campus who was accused of assault. Not only that, his accuser is no longer able to testify. Mom assures Mel and Maggie that she’s okay, tells them how proud she is of them and sends them on their separate ways.

Mel seems to have someone to see sans clothes, as she texts them while walking down the street. Maggie, the younger sister is walking down a dark path to the Greek party when she notices her ex creeping behind her. She sets her boundaries (again, it seems) and heads on her way.

Meanwhile, mom is home tidying the kitchen when she gets a creepy feeling. Before she can shut the window, a black crow damn near knocks her down. I may not know much, but I kn ow big ass black birds ain’t never no good in television or movies. Momma seems to know that, too. She sends a text to Mel and Maggie, heads to the Hogwarts style attic and starts working her magic (quite literally). As the creepy smoke comes toward her, she yells “hear this, I have three” and stops it in its tracks.

Mel gets her text before Maggie, grabs her from the party big sister style and they head home only to find that mom is dead. It seems as though Marisol was tossed from the attic window. Mom didn’t even make it past the pilot. 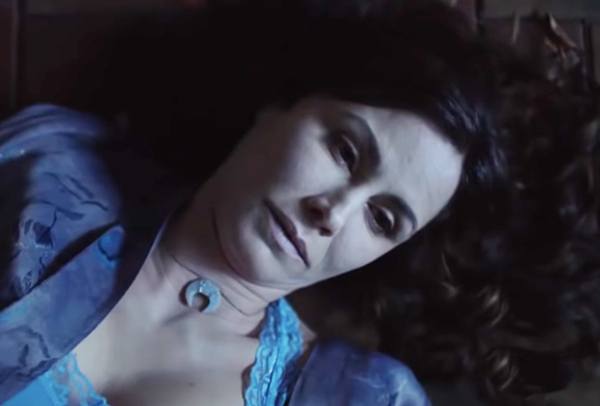 Macy is new to campus, but clearly not new to the home of Maggie, Mel and Marisol. As she and a friend stroll down the street talking AirBnB situations and whatnot, she sees the house of the sisters and stops dead in her tracks. Later, she pulls the article of Marisol’s death while at work and Professor “I’ve been absolved” Thaine stops by to reassure her that he was absolved from the accusations.

Mel runs into her mother’s replacement as the Women’s Studies Department head, Harry, who name drops Roxane Gay in the first run on sentence. Harry seems a bit… creepy, but not any more than having a creepy old predator back on campus. Mel deals with one of her peers (Cameron) defending that creep and calling out her mother’s death with a nice right hook. After dealing with campus police (and an ex) about her defensive punch, Mel and Maggie have their own little fight in the foyer that gets interrupted by a knock on the door. Who’s there? Oh, it’s just their long lost sister Macy whom they’ve never heard of with a picture of her as a toddler being held by their dead mother in front of the creepy Victorian that everyone is standing wide-eyed in. Mel ain’t having it. As far as Mel is concerned, Macy’s appearance is part of the conspiracy that surrounds her mother’s desk. 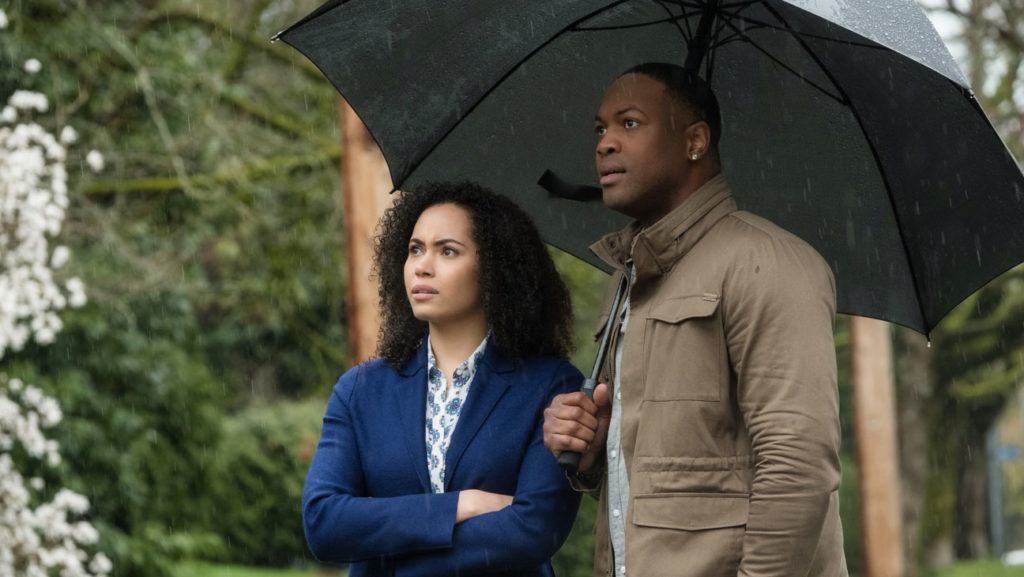 Macy’s just looking for answers and her family. Her presence seems to shake some shit up, emotionally, physically and magically. A surprise power outage in the house and then a flying craft beer while venting has to be evidence of the power of three. Not only that, Maggie is at a RUSH event and every single hand that she touches reveals to her that person’s thoughts. Simulatneously, Mel is in coffee shop with Officer Nico Pomada (her ex) stopping time. Of all the revealed “gifts” the ability to freeze frame your day makes you meme/gif master of the year.

Remember Harry? He didn’t just replace Marisol in her position at the university, Harry is apparently who has been left in charge of the girls. Harry is a Whitelighter or in Laymen’s terms, a witchy godfather… and British. The end of the world is near and these women are destined to save it. Apparently the signs of impending doom have been there all along. First, Trump was elected president. Second, Marisol was killed. The last sign is “the awakening of the source of all evil,” which sounds a lot like the 2016 election… but okay Harry. Three signs are easier to follow than seven Horcruxes, I guess.

Harry reveals that Macy is most certainly Maggie and Mel’s older sister. Not only that, the girls must all accept their destiny as witches and taking up their mother’s cross in fighting darkness. It would be too easy for everyone to come to an agreement right away, so they split up and start going through some creepy shit. 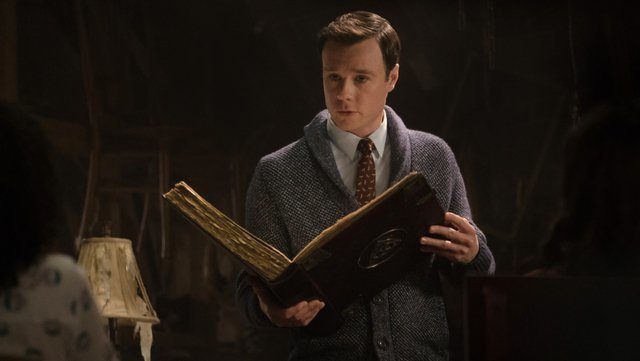 I Got Baking Soda…

Nico shows up at the home to figure out why in the hell Mel just disappeared in the middle of coffee. Mel figures that she can control her time freezing when she’s calm and not angry. Maggie decides to take her nightly stroll through the woods to the sorority house and gets attacked by a demon dog. Leave it to Macy to show up and get all Hidden Figures on they asses, using science to figure out the demon dog goop and how the merk that demon with baking soda.

After yet another fight, Maggie steps outside to get some fresh air and gets snatched up. She finds herself at the sorority house in the middle of rush and truly believes that the sorority president is the demon after her. Who else knew she was taking that walk through the woods. Once she can get away from her rush sisters, Maggie calls Mel, Macy and Harry to tell them to get there with baking soda on hand. As soon as Mel has the chance, she’s got the baking soda glock and douses the sorority president while they’re in the basement. All homegirl was trying to do was offer Mel a drink and she got baking soda thrown in her face. She wasn’t even the demon.

Maggie is found by her ex, who just keeps popping up out of the blue (stalker much?). He’s super intense and dead set on kissing her. Maggie says yes, then decides to try out her telepathy on ole dude, revealing that he’s the demon. He goes for the kiss, Maggie says no and schools him on consent and to her luck Macy walks in at the right time with baking soda and takes the demon out. Demon killed, ex saved. Not too shabby for a first kill, Charmed Ones.

The ladies walk home talking shop and they get on the topic of Marisol. Once they’re back in the house, Maggie shares some videos with Macy of their mother while the three sisters lay in bed and decide whether or not to accept their destiny. While everyone is asleep, Macy feels a breeze and starts putting clues together all sciencey and shit only to realize that the real demon is still out there.

She tries to warn everyone the next morning, but Mel has already left for the rally against Professor Thaine’s reinstatement. Eyes lock and you guessed it… Professor Thaine is the demon. By the time Macy and Maggie get to campus, Mel and Thaine are face to demon face in a freezing lab. He’s a demon who drains strong women of their strength (that explains the assault and murder). Cameron gets in the way and is killed, Harry shows up and the girls are ready to kill the demon. The only problem is that they haven’t all three accepted their charge. Once that happens, the Charmed Ones join together to work their magic (literally) and kill Thaine’s raggedy demon ass.

Harry healed Cameron and Cameron is spooked… he could have had his memory wiped, but these women ain’t about that. Let him remember who he better not cross again. Let that dude run and tell that. 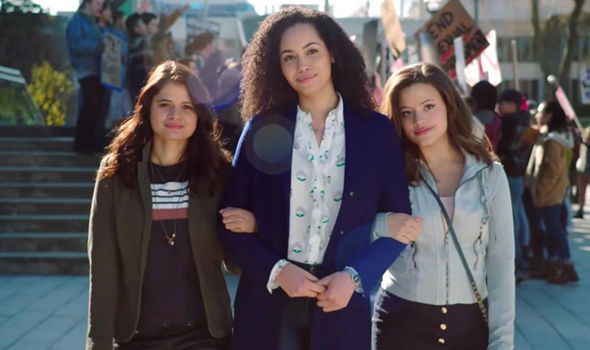 Just when you think things will calm down, Macy moves in and the sisters pull out the old Ouija board to contact mom. One message came through loud and clear… Don’t. Trust. Harry.