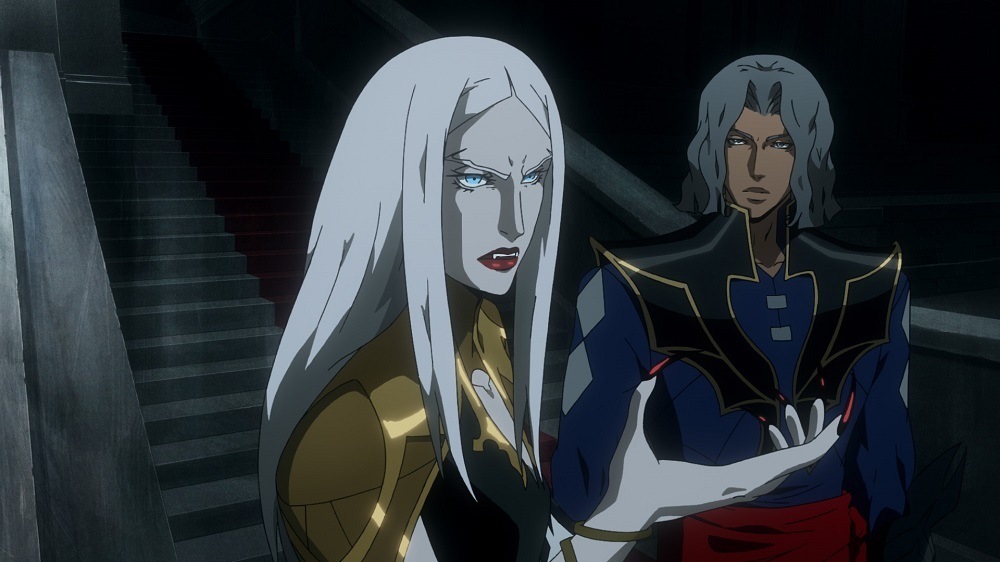 Castlevania Season Two Review: Politics As Unusual in the Fight Against Dracula

I distinctly remember how the first season of Castlevania came to be on Netflix, dropping with little warning and hijacking my Saturday. As an unplanned viewing experience, I remember having already bought tickets to see Spider-Man: Homecoming on its weekend debut, but almost missing my movie because the curiosity of one episode of Castlevania quickly turned into four. And to be clear, four episodes was the entire first season. It was a drive-by onslaught of micro world building, myth-raising and incredible, gory action. In four quick episodes we got Dracula’s revenge on the humans for killing his wife and the introductions of our heroes fighting against him in Trevor Belmont of the almost extinct but expert monster killing Belmonts, Sypha, a magician and part of the legendary Speakers and Dracula’s own half human son Alucard. Season one was condensed between these characters and the corrupt church that set plans in motion, mostly confined to one town where the action takes place. 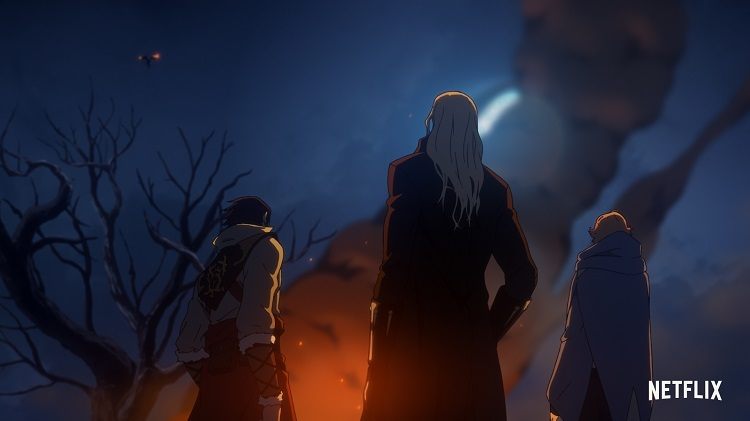 Season two is a very different animal. Given an eight episode run (for which we got to see the first six episodes of), the second season expands the series in predictable but mostly beneficial ways. The cast of characters that matter to the plot balloons significantly, exclusively on the Dracula side of things. We are entreated to Dracula’s war council: Vampires from all over the world, summoned by himself to help eradicate the humans of Wallachia. We only get a look at a couple of those vampire generals, who are drawn wonderfully as characters, but tend to be extremes in their personality, which doesn’t lend us to much nuance for the vampires as a whole. Included in Dracula’s employ are two humans with special skills and also a disdain for humanity itself. I appreciated that they both were given fully fleshed out backgrounds and motivations that both ran parallel and against each others. They both serve Dracula in different capacities and their personalities are consistently built towards their actions as the story progresses. 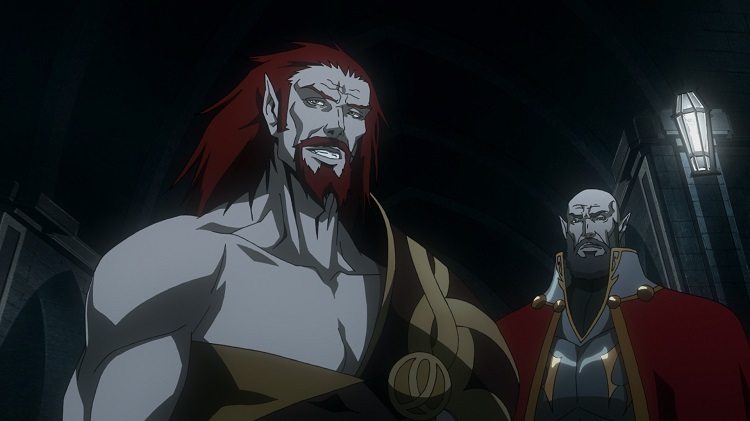 The biggest change between the seasons is what will separate the opinions of the show, mostly in that the action has been significantly diminished in its use to allow for a lot more political maneuvering and exposition. The heroic trio has a quest of finding the tools and means to defeat Dracula and still are involved in most of the season’s action through the first six episodes. But there is a lot more of the odd-grouping-going-on-an-adventure fare, with unease, discovery, conflict and ultimate trust in one another as the story progresses. This unfolds in pretty typical fashion, but is saved by the characters being interesting with the desire to see more of them, whether they are fighting or not. A lot more space is given to Sypha so far this season, which is welcome considering how testosterone driven the first season was. 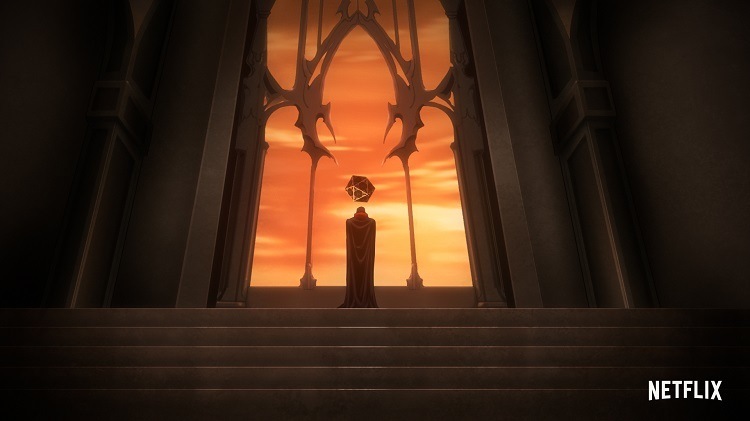 Still, the action per minute quotient for this season compared to last is way down and makes it feel like a different show at times. Almost all of the time spent with Dracula and his court is spent on political machinations between the council for who agrees with Dracula’s quest and who don’t. There is some amazing writing around these situations with Ellis just killing it with dialogues and movement of these characters. But if the show drew you in because you fell in love with the athletic dueling of Trevor and Alucard or how Sypha could summon ice magic to crush hoards of the darkness, you’ll find this season sparse for those moments. While Game of Thrones wasn’t the first show to do it, it has become the very trend of showing higher politics and how they influence the front-line action, so now Castlevania is no different that respects. So much time is spent on alliances, betrayals and chess-like maneuvering, that you may significant periods without seeing a creature of the dark slashed to nothing by a morning star weapon. 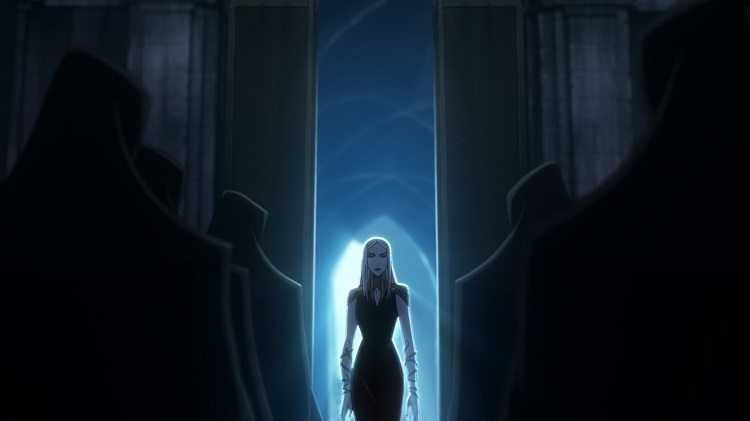 This could’ve been balanced better for sure and considering where the sixth episodes leads off, I imagine the action will be fast and furious to end the season. But it takes a long time getting there which means the last act of the season will have to make the supplication of the politics worth it in hopefully surprising ways.

Castlevania is a hell of a series, the characters are written with an incredible depth and layering upon each other. Season two puts the sword too long and gives us a bit too much vampire congress getting a bill passed, throwing the balance of the show too far in the exposition at times. Overall, it still entreats us to some fantastic characters with fantastic abilities who are always fun to spend time with.

***All eight episodes of Castlevania Season 2 are available on Netflix on October 26th, 2018***