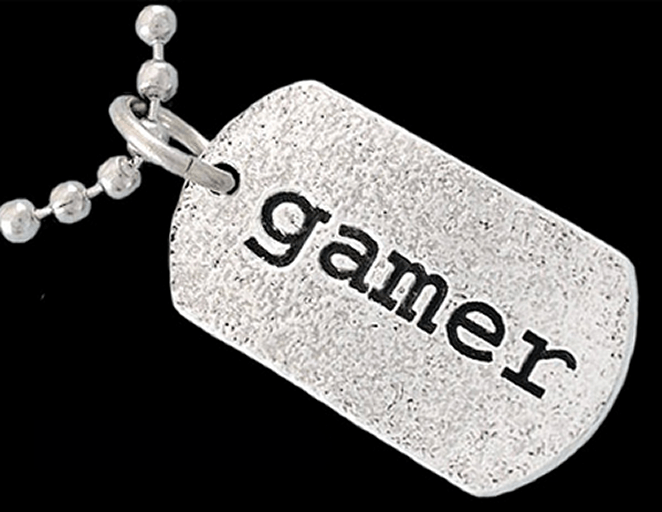 These players would rather not interact with people in the real world, but would rather get their interactions online or in any game in general. You could find them mostly playing MMOs or games that are best played online. They feel safer communicating through these mediums just in case something goes wrong, they don’t have to face physical confrontation. They mostly buy games online and avoid interactions with humans and feel uncomfortable when in a group of people. They are secretly smart in game knowledge and have strong opinions. Unfortunately, their avoidance of communication causes them to rarely voice their opinions unless they’re forced to.

This gamer loved playing their Super Nintendo, Atari, and NES back in the day. After a while, they left them to play with the more “advanced” consoles but soon returned to rekindle their childhood passion for their old ones. They love to receive new games, and each new game feels like the first time to them. They get pissed when they can’t afford a new one. When they return to their old games, they hoped to feel that spark they once felt during their childhood. Instead, they receive the exact opposite and are often disappointed.

This is the best kind of gamer to watch. They are the ones who will do anything and everything that can be done in a game. Shoot your gang members in GTA, drive backwards in Mario Kart, and shoot everything with a RPG. They don’t play games to become on top, but merely to amuse their audience. They love to mess with everyone. They make online play the best time to “turn up.” They post their gameplay on YouTube, spreading their humor around the world for us to experience.

This gamer has mad skills but can’t seem to get a good win. They often blame everyone and everything but themselves. This gamer wants to be the best player ever and will cry when they can’t reach that level. They are the worst people to play with. They do have their uses, however. They will give up any information and help you with anything you need in order to get you to like them. They voice great opinions about certain things but can easily be persuaded to change it due to peer pressure.

This gamer will win at any cost. They will lie, stab you in the back, and forget all about their morals just to get ahead. They will hack, torrent, illegally buy anything that will help them get ahead, and know how to avoid getting caught. They will rub their achievements in your face and bring you down to the lowest depths of the Earth. They will put blame on everyone else, just like the Cry Baby, to distract you from their latest scheme. They are really into getting #1 on the leaderboards and will find a way to make them seem better than they really are. They’re actually not that good of a gamer, they’re just good at making you think they are.

This gamer knows everything about everything. They know every detail about every game that’s been played, and trust me, they’re not afraid to let you know. They can be showoffs. They are the ones who will have a conversation with you about any game and will jump at the first chance to correct you if you’re wrong. They succeed at everything and will easily become agitated when defeated. They can be sore losers and are easy to get into a fight with. They are hard to keep friendships with and can be very dangerous when playing online. Approach with caution!

There are obviously a lot more types of players in the Gameiverse but these are just a few. We’ve got the “Indiana Jones,” the player who prefers exploring areas, discovering maps and learning about hidden places. The “Buddy,” a gamer who chooses to play a game for the social features rather than for the game itself. The “Bad Guy,” the asshole that kills you every time you sign on to GTA 5 online. They’re that 15 year old boy that runs over you with their tank when you’re just nonchalantly walking to the nearest Ponsonboys buying the latest hipster shirt with the cat on it.

Which gamer are you?