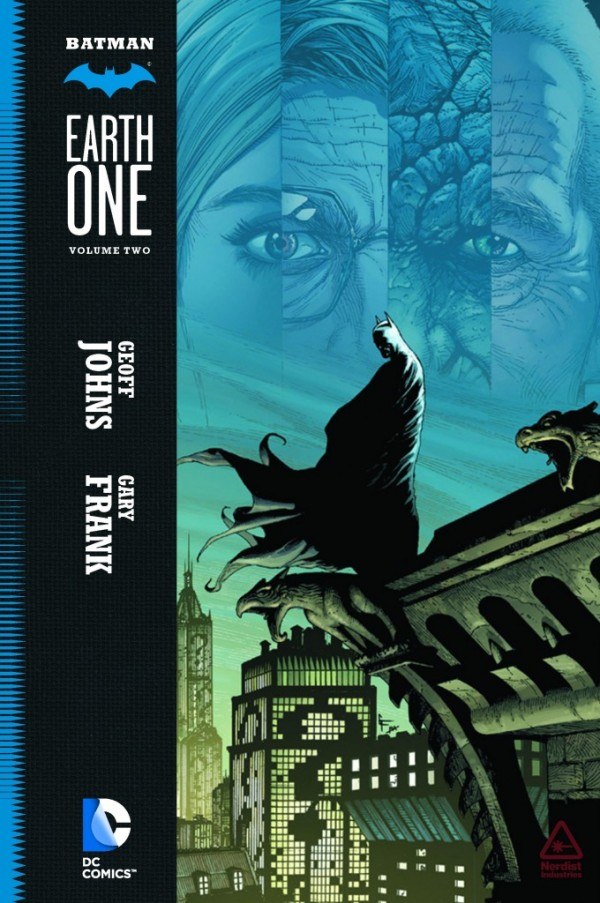 ***Spoilers for Batman: Earth One, Volume One***

Back in 2010, DC released it’s first Earth One book, re-imaginings of their biggest superheros as complete volumes (not monthly issues compiled into a graphic novel like regular comics). Superman: Earth One was the first one to drop, but the most heralded one was Batman: Earth One, released a couple of years later in 2012. The Geoff Johns / Gary Frank collaboration drew praise from far and wide for the bold and innovative things they had done with Batman’s origin, a story that has probably been tread more than any other comic book story ever. After it’s success, a Volume Two was promised and in May, it finally came to fruition and it was well worth the wait.

As Volume One began in showing a hugely inexperienced Batman on patrol, this volume begins having only slightly pushed the boulder uphill for the Dark Knight. His experience is still very limited to what we saw in the first volume and he’s still a long way from becoming the legendary crime fighter that will one day lead the Justice League. The added complexity for Batman is he’s now dealing with the perception that he killed the Penguin (the corrupt Mayor Cobblepot) on top of still trying to fight crime in Gotham. But not only is Batman still learning to be Batman, Bruce Wayne is still learning how to be Bruce Wayne. The spotlight is put on him with his dealings with the Dent siblings. Yes, Harvey the District Attorney and his twin sister Jessica, the new mayor. As evidenced by that and many other character developments, Johns has taken every major character in Batman lore and turned it off it’s axis a few degrees to give a wholly different and still familiar feel. Pennyworth being an advocate for Batman to start dealing with his foes more lethally. Harvey being a bully since they were kids and terrorizing Bruce. Harvey Bullock being a drunk and needing Gordon to get him back on the horse.

And Johns is having a lot of fun with it. There’s a moment when you think Batman does the disappearing act on Gordon per usual, just for Batman to say, “I’m over here” as we see him exiting a window. We also see the origins of Batman becoming the world’s best detective. It feels like you can see Johns smiling as he tweaks the well-worn tropes of Batman’s history on every other page and it makes it a pretty fun experience for the reader. 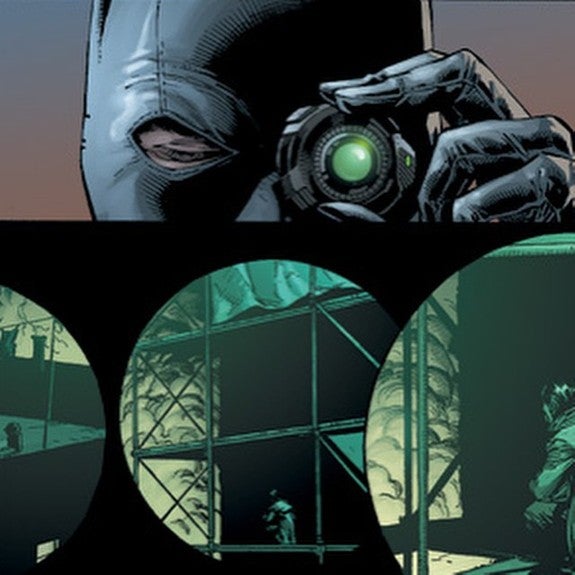 Gary Frank is back on this volume and like the first volume, it looks really good. He excels in the action sequences as he has the ability to give the frantic and kinetic feel to every fight without making them hard to follow or track. And as in most graphic novels built from the ground up, there are plenty of full-page splashes to show off how good he is at them.

If there’s any fault of this volume, its really a victim of timing and circumstance. Having the historic Zero Year run from Snyder and Capullo not that far in the rearview mirror, seeing the Riddler as the main villain of a re-imagined Batman origin felt a little too familiar on the surface. But it really is just a surface issue as the characterization of the Riddler here and the story progression are completely different. It is safe to say that the Riddler has seen a dramatic upgrade of late. Volume Two is a fun and enjoyable vision of Batman still learning to become legendary, primarily through the re-imagining of all the supporting characters. You will need to know Volume One to get the full appreciation, but for any Batman fan, it’s a must read.