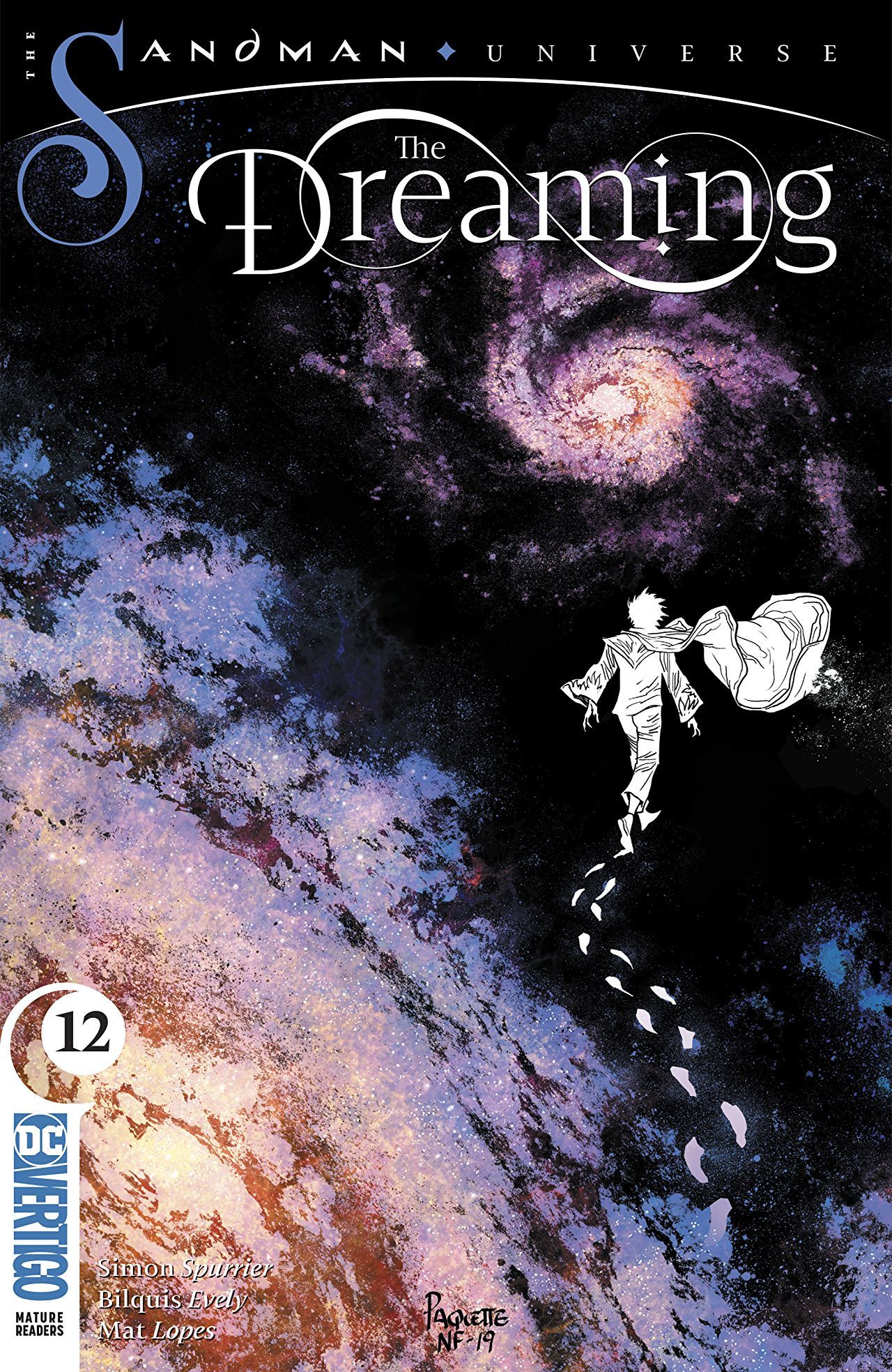 The Dreaming #12 marks the end of a very significant chapter in the Sandman universe. The machinations of Daniel, the latest incarnation of Dream, have come pass in a manner that will be both familiar and foreign to the long time readers, and Spurrier and Evely have come together to present a shockingly powerful issue that sets the stage for oh so many terrifying things to come.

Now, my recurring criticism of the series does not really apply to this particular issue, because Spurrier does us the kindness of recapping all of the major events and character arcs in a very succinct way that deftly ties all the narrative ends together. He also begins to hint at what is in store for The Dreaming. I will still maintain that this will read better as a collection than as single issues, but I will also stake the claim that years down the line, Spurrier’s run will be considered a necessary companion to the original series. It’s just that phenomenal in its execution and ideas. This is Gaiman’s sandbox, but it is truly a story that lives and breathes on its own merit and uses the existing architecture to create an entirely new experience with a giant A.I. moth at the center of all of unreality. It sounds bonkers, but like… in the best possible way. 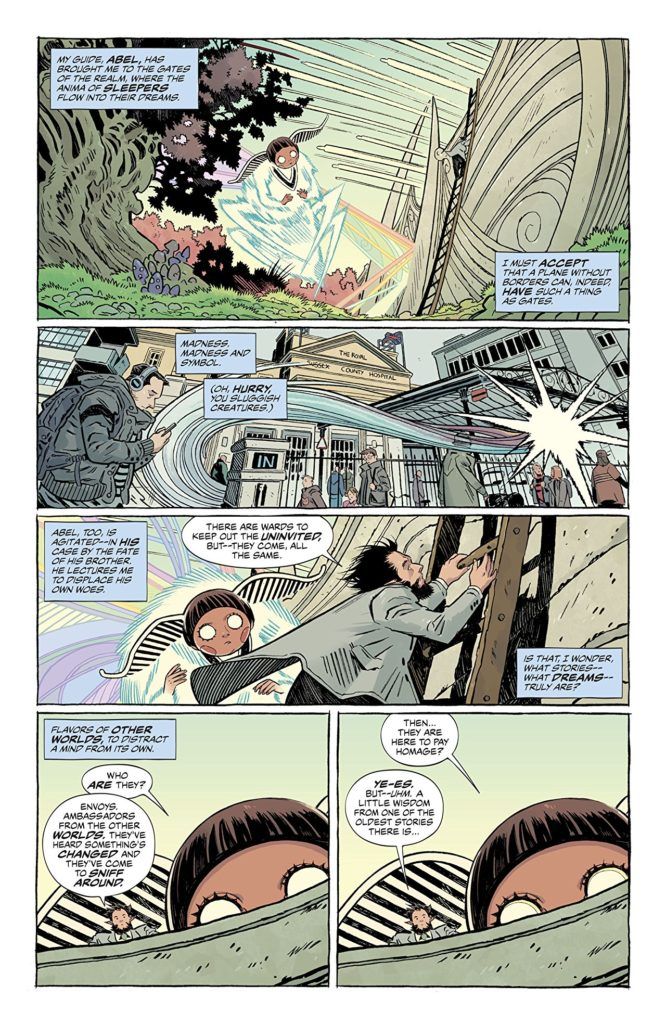 Of course, Spurrier’s creative endeavors wouldn’t land quite so hard if it weren’t for the continually impressive talents of Evely. The art is what sells this series as the successor of Sandman. There is a playfulness juxtaposed against pure, unadulterated terror that when coupled with Lopes’ colors and Bowland’s letters update the landscape for a modern sensibility in the best way possible. This is a comic that truly brings new life into an old franchise in an amazing way.

If you were a fan of Gaiman’s original comic, you owe it to yourself to pick up The Dreaming. It’s the epic continuation of a story about personal responsibility, hubris, and imagination. If you’re willing to partake on this journey, you will be rewarded.