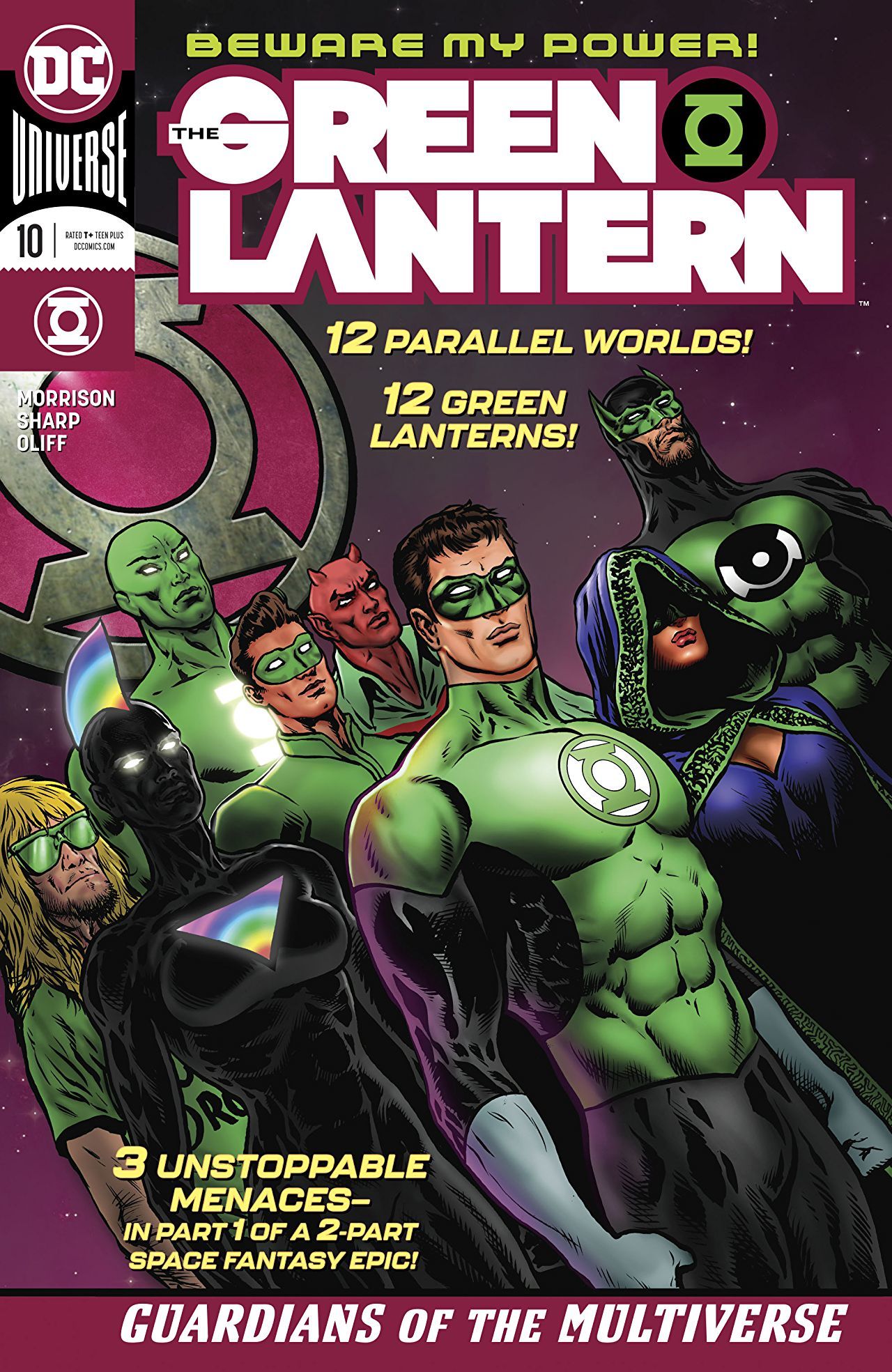 Grant Morrison continues to quietly push the envelope and consistently maintain the diverse aesthetic he’s been establishing in DC comics for years now. Consider his concept of the multiverse like a mural. Each body of work he writes, no matter how unrelated it seems, is a part of that mural. Issue #10 makes it clear that he’s adding The Green Lantern to the sprawling portrait. This issue has Hal Jordan joining up with different Lanterns from all across the multiverse to take on a new evil. The thing I really dig about this issue is that it’s not “a Hal Jordan book.” The feel of Morrison’s script is almost immediately that of a team story, and this issue is a better book for it. I also enjoyed Morrison being able to delve farther into the Multiverse that he established, shine a real light on aspects of it that had only really been discussed in a couple of source-books, and really add flavor to a mythos he’s been building on for a long time. 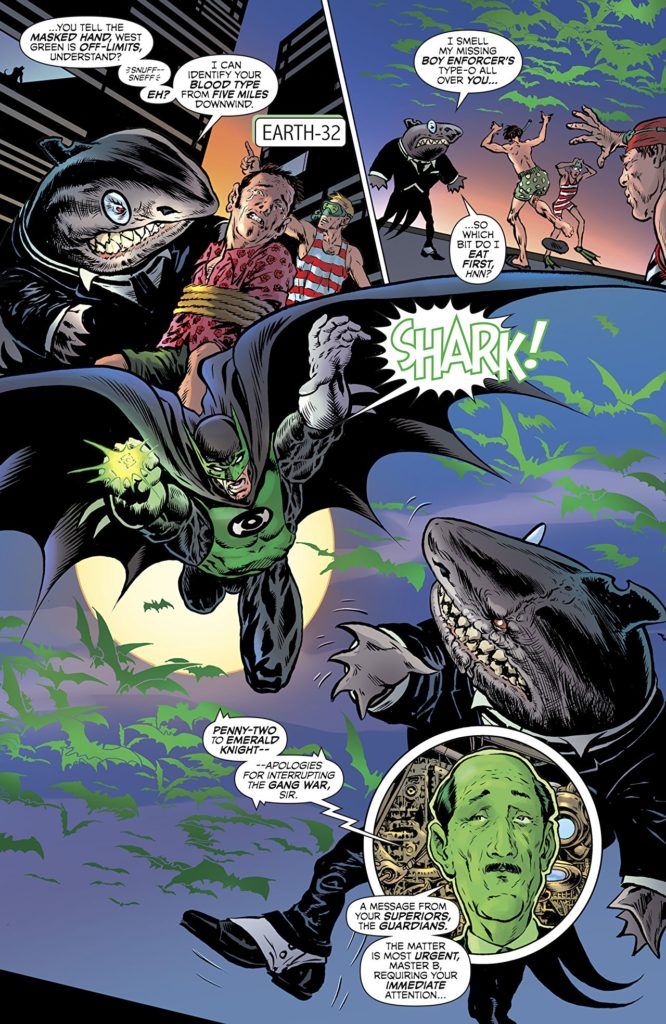 Liam Sharp’s artwork is definitely the glue that puts a lot of this issue together. This is an artist that uses every inch of the space he’s allowed in every panel and devotes it to pure detail. There is not a single uninteresting space in any page of these books, and Sharp honestly deserves more credit than he receives.

Bottom Line: Morrison is adding layers to his multiverse, and it makes for a compelling read that sets it apart from any other adventure so far in this series. It’s definitely worth your time.

Reading The Green Lantern? Check out BNP’s other reviews here.