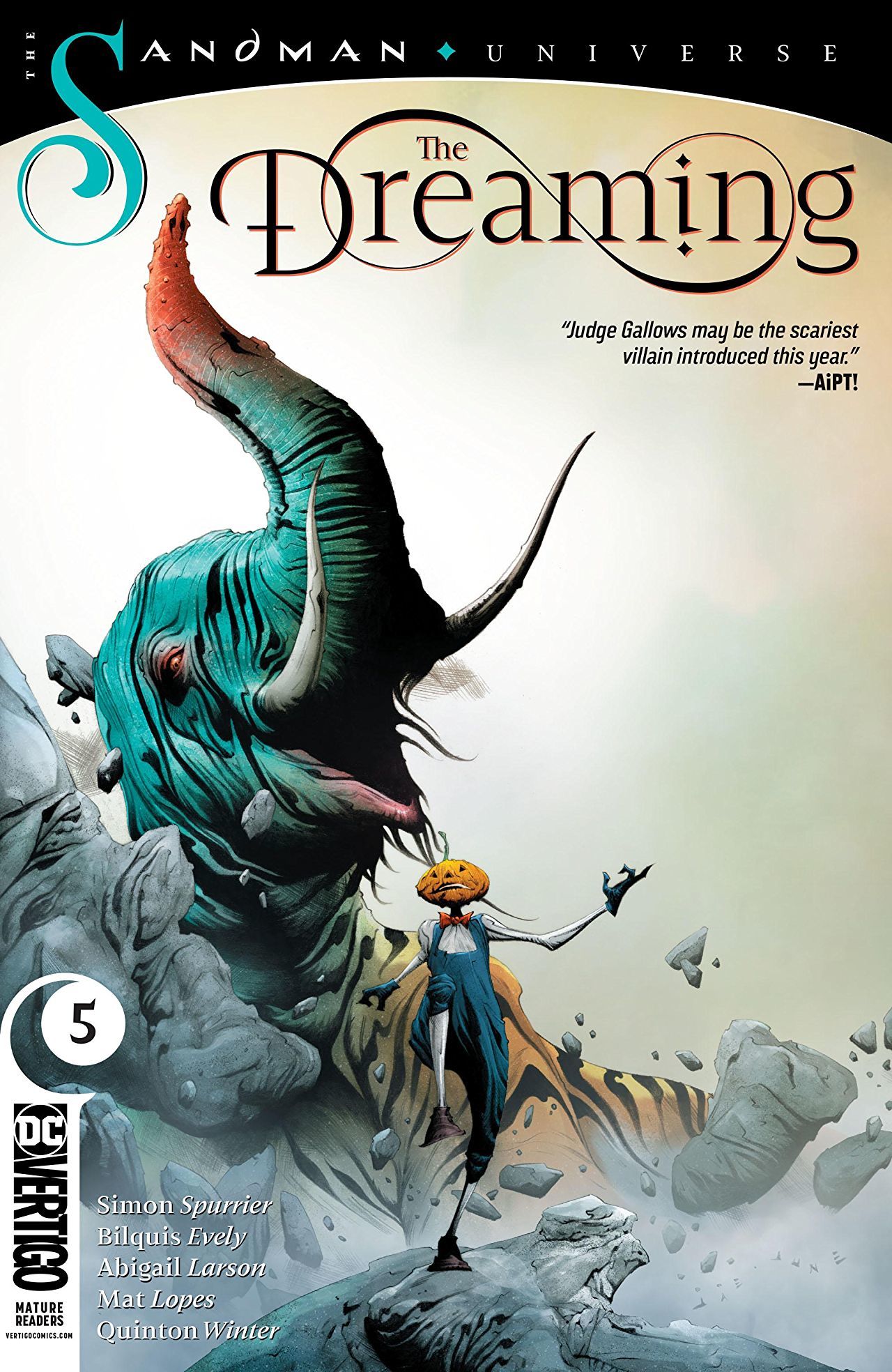 Out of the four titles that comprise The Sandman Universe, The Dreaming remains the singular title that is most closely tied to its parent series. At times, it feels esoteric, and the vast lore of the Endless seems an endless font of knowledge that is impossible to consume. There is a lot happening within the series, and its one of the few comics that demands that I slow down and carefully inspect each line of dialog and scene. It’s one of the few comics that rewards that patience with a truly mythical narrative that is a continuation of the series.

Spurrier’s opens The Dreaming #5 with a history of a creature that Judge Gallows summoned last issue, a chimera hailing from the Ashikga Shogunate. It’s a single elegant panel that captures the very spirit of the dreaming, the fantastical notions humans manage to come up with, and the reasons why. Spurrier uses the chimera, the Baku, as a way to talk about balance, the equilibrium we all seek in some way or another. How difficult it is to maintain stability and how difficult it is to disrupt it. In a kingdom taken over by a mad judge at the brink of imploding on itself, we see an omniscient narration as the borders to the Dreaming come in closer (as those who support the tyrant as a means to end), and the simple fact of the matter is that the Dreaming is on tilt. While all of this is happening, Lucien is still on his mission to find Daniel in an odd place facing his own personal failings and the failings of his master. 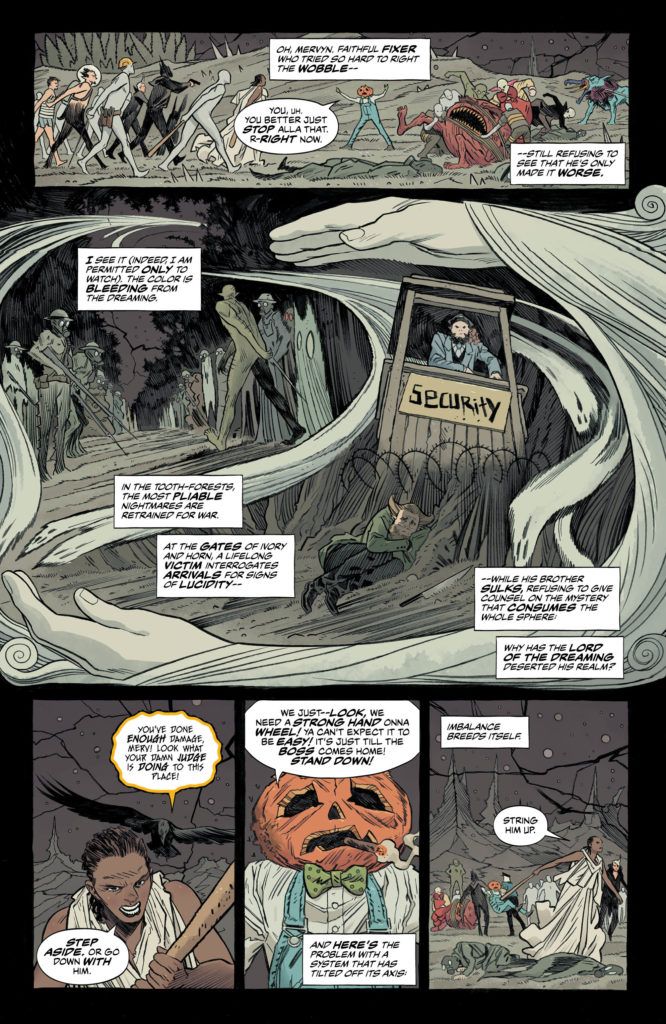 The Dreaming is proving itself to be the sequel to The Sandman I did not know I needed. I thought after Overture, there was nothing further to explore or analyze, and instead I find myself spending more and more time rereading this single issue. Perhaps it’s Spurrier’s high prose. Perhaps it’s the wonderfully imaginative artwork of Evely who has recreated the Dreaming in a dreary, yet still beautiful, state. Individual panels make contact like a straight shot to gut.

This is a series that requires knowledge of Gaiman’s original seminal work, but the reward for following the second departure of Lord of Dreams is more than worth than the investment. It’s a dense story, but uncovering its core is so incredibly satisfying.